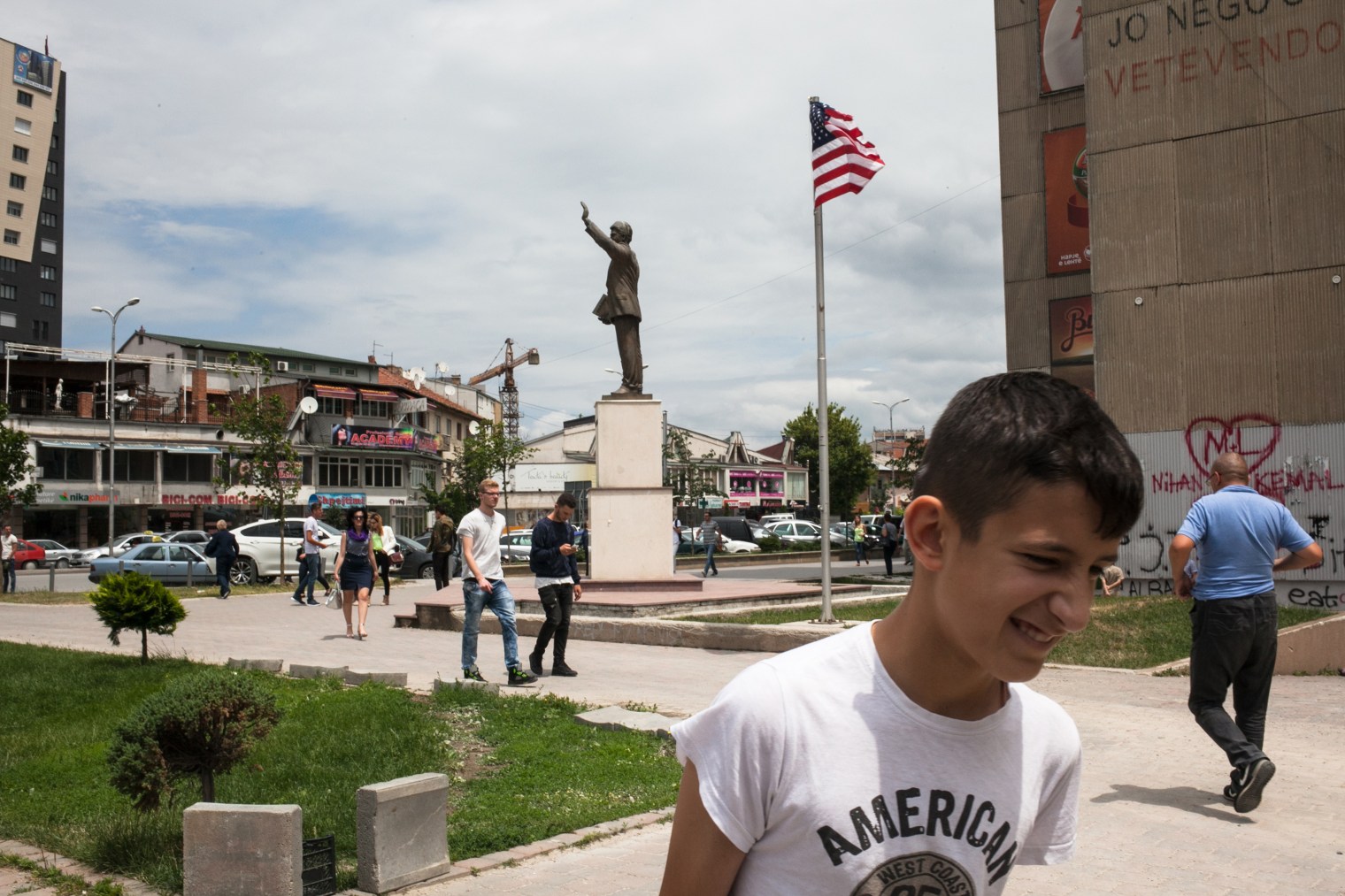 A statue of former President Bill Clinton in the capital, Pristina, on July 4, 2016. Clinton was present during the unveiling in 2009.

In the year since Donald Trump took office, according to recent polling by the Pew Research Center, even allies are increasingly likely to view U.S. power and influence more as a threat than a comfort. But none of that seems to have affected Kosovo, which celebrates its 10th anniversary as an independent country on Feb. 17.

The ethnically Albanian and predominantly Muslim statelet at the southern-most tip of what was once Yugoslavia is perhaps the most pro-American country in the world. Its capital, Pristina, has boulevards named for presidents Bill Clinton and George W. Bush (spelled Xhorxh Bush) and a street named for Bob Dole. It also features an 11-foot tall statue of Clinton. 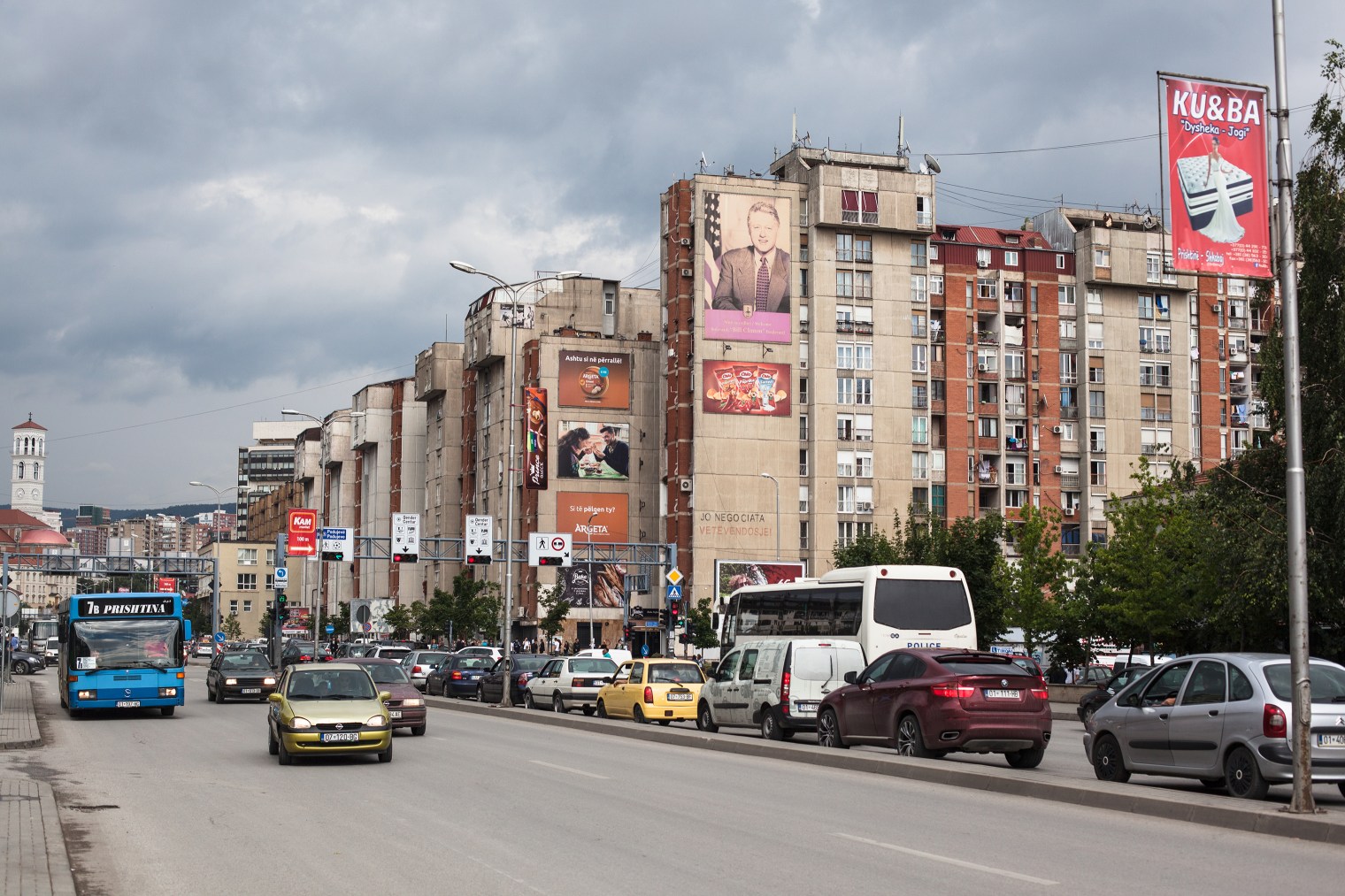 A view of Bill Clinton Boulevard in Pristina. 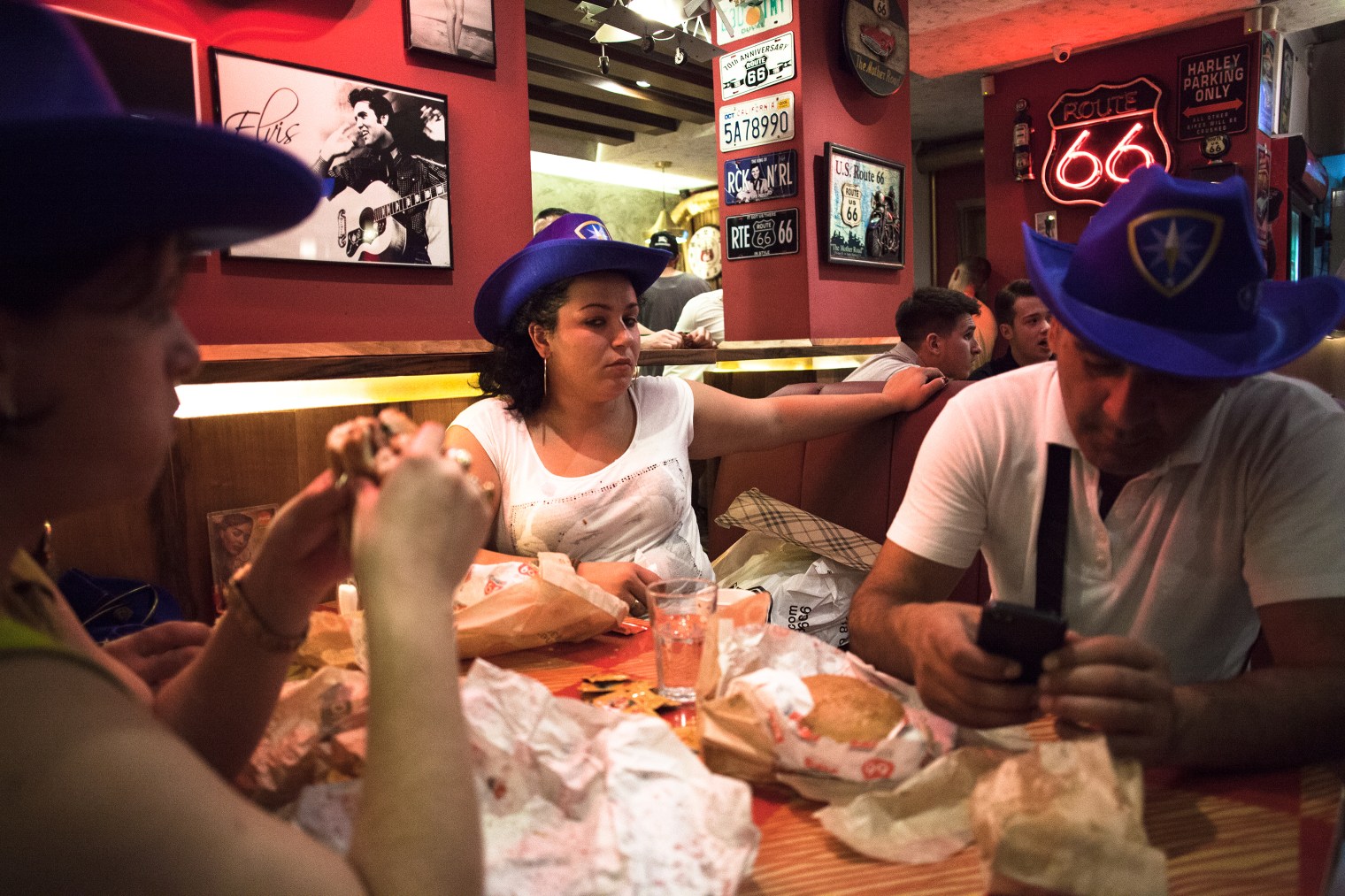 Diners enjoy a meal at the Route 66 restaurant in Pristina in June 2017.

The U.S. Embassy’s Facebook page has 297,063 followers, or one in every six people in the country. Clinton (Klinton) and Hillary are popular children’s names, and one of the ultimate status symbols is a house with pillars and a white dome. Not even Donald Trump’s condemnation of Muslims has dampened Kosovo’s enthusiasm for America. In a January 2018 Gallup survey asking how other countries view U.S. leadership, Kosovo ranked first in the world, with 75% approval of the Trump administration.

“I’ve never seen anything like it,” says Madrid-based photographer César Dezfuli, who captured Kosovo’s love for America in these images. Dezfuli became intrigued after watching “A Single Frame,” a documentary about a photograph of a young boy taken during the Kosovo war. Mentioned in the film was Ruzhdi Kuçi, known as “Amerikani,” who had turned his home into a shrine to the United States. “I had heard about the statue of Bill Clinton, and then when I found out about ‘Amerikani,’ I was intrigued. I thought there must be more. And there was,” Dezfuli said. 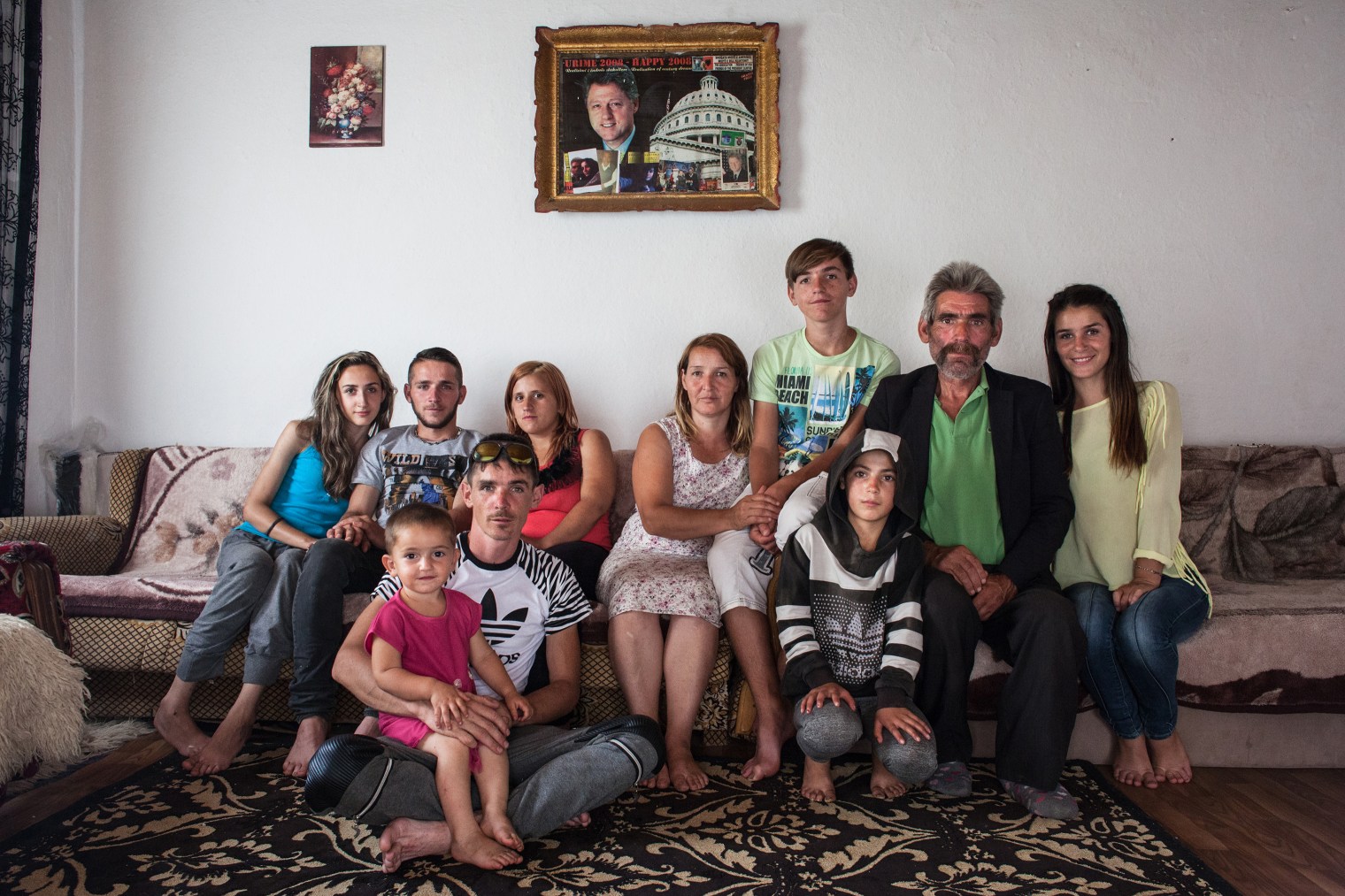 Klinton Bajgora, then 13, sits between his parents during a family portrait at their home in the countryside of Podujevo, north of Pristina, in June 2017. He was named Klinton in honor of Bill Clinton, to whom his father feels a great devotion due to the U.S. role. Klinton was his father’s first son born after the war. 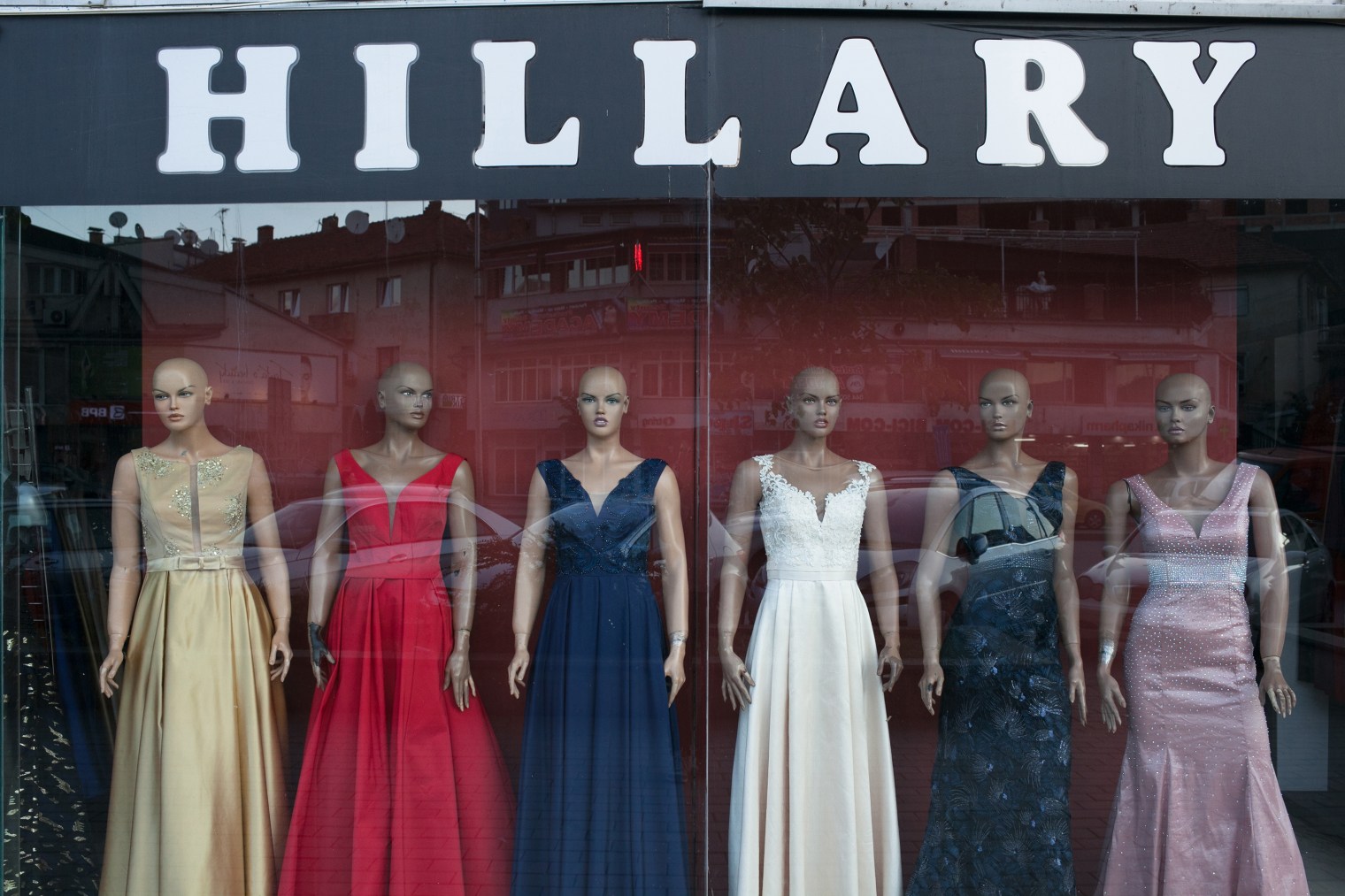 A women’s clothing store on Bill Clinton Boulevard in July 2016.

Kosovo’s obsession with America flows from its role in its creation.

The U.S. led the 1999 NATO bombing campaign that paved the way to Kosovo’s independence. At the time, the Kosovo Liberation Army, a haphazard bunch of guerrilla fighters, was at war with Slobodan Milosevic’s Serbian army. The guerrillas were getting creamed, and Serbian troops were moving town by town, expelling Kosovars from their homes. 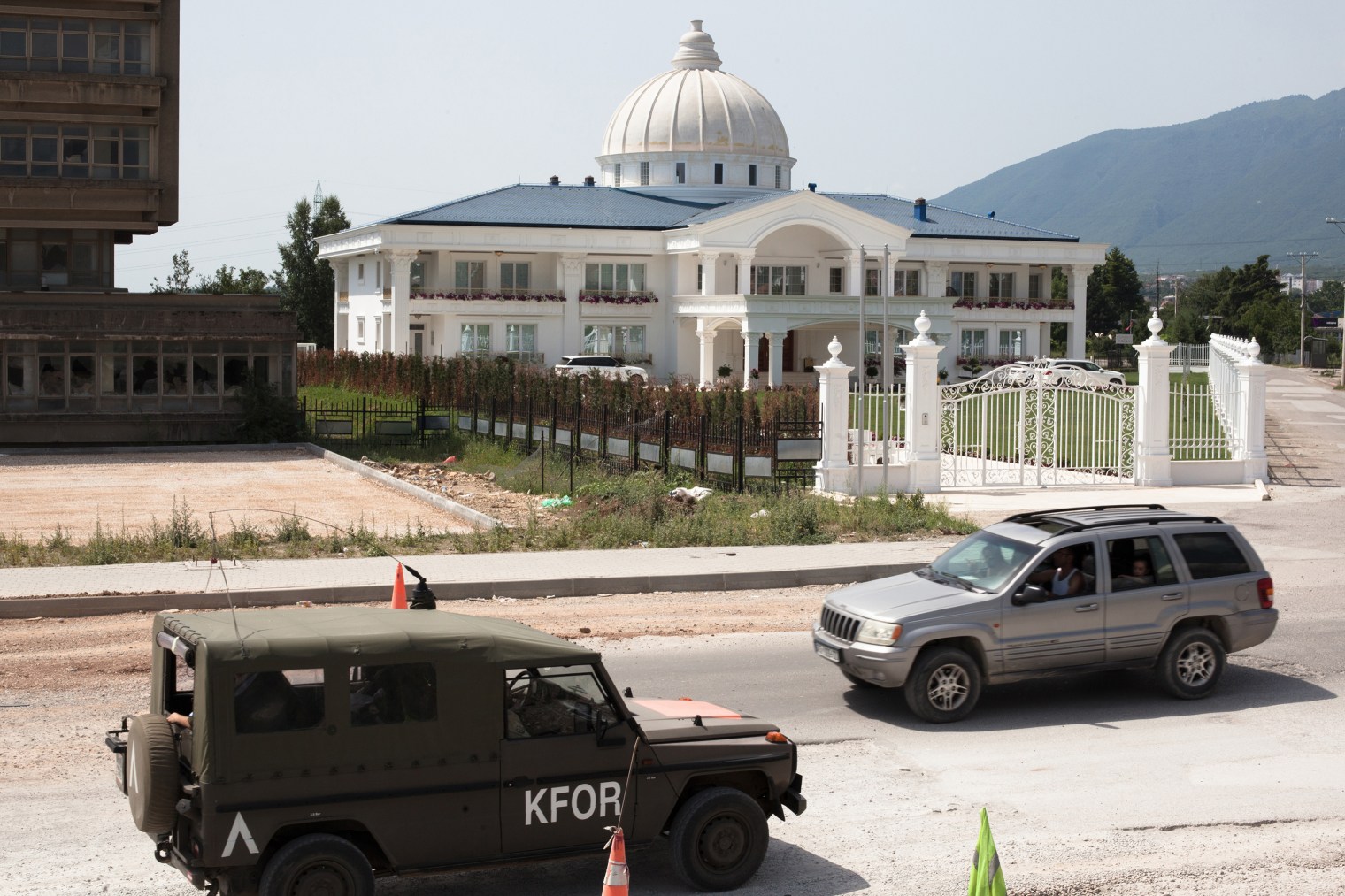 A building owned by the former deputy prime minister of Kosovo, Ramiz Kelmendi, who has several properties that mimic American government buildings, in July 2017. 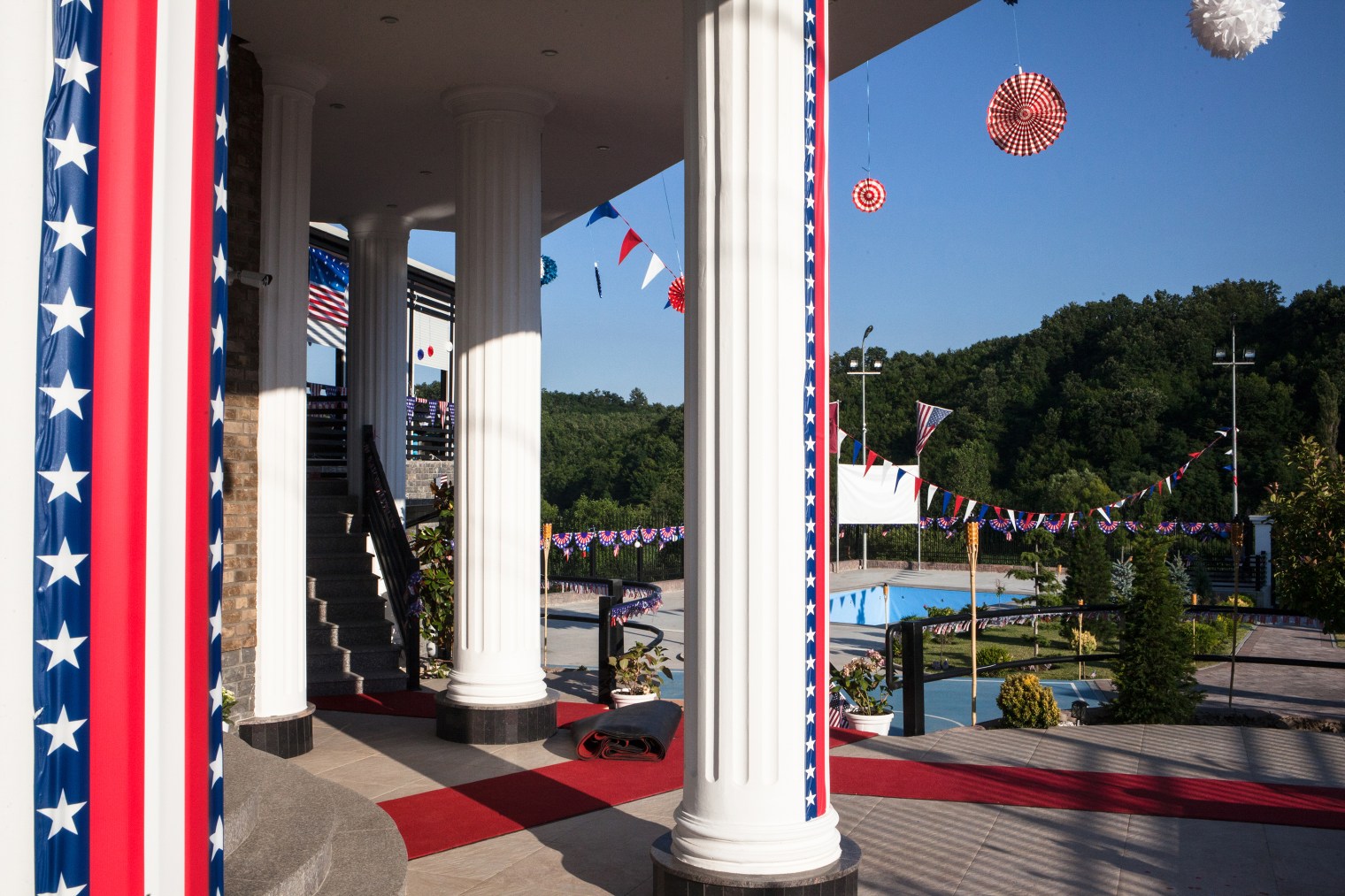 The home of Qamil Brahimi, an Albanian-Kosovar who found refuge in the U.S. during the war, is decorated for Independence Day celebrations in Ferizaj, his hometown south of Pristina, in July 2017. He lives in New York but his family spends summer holidays in Kosovo. 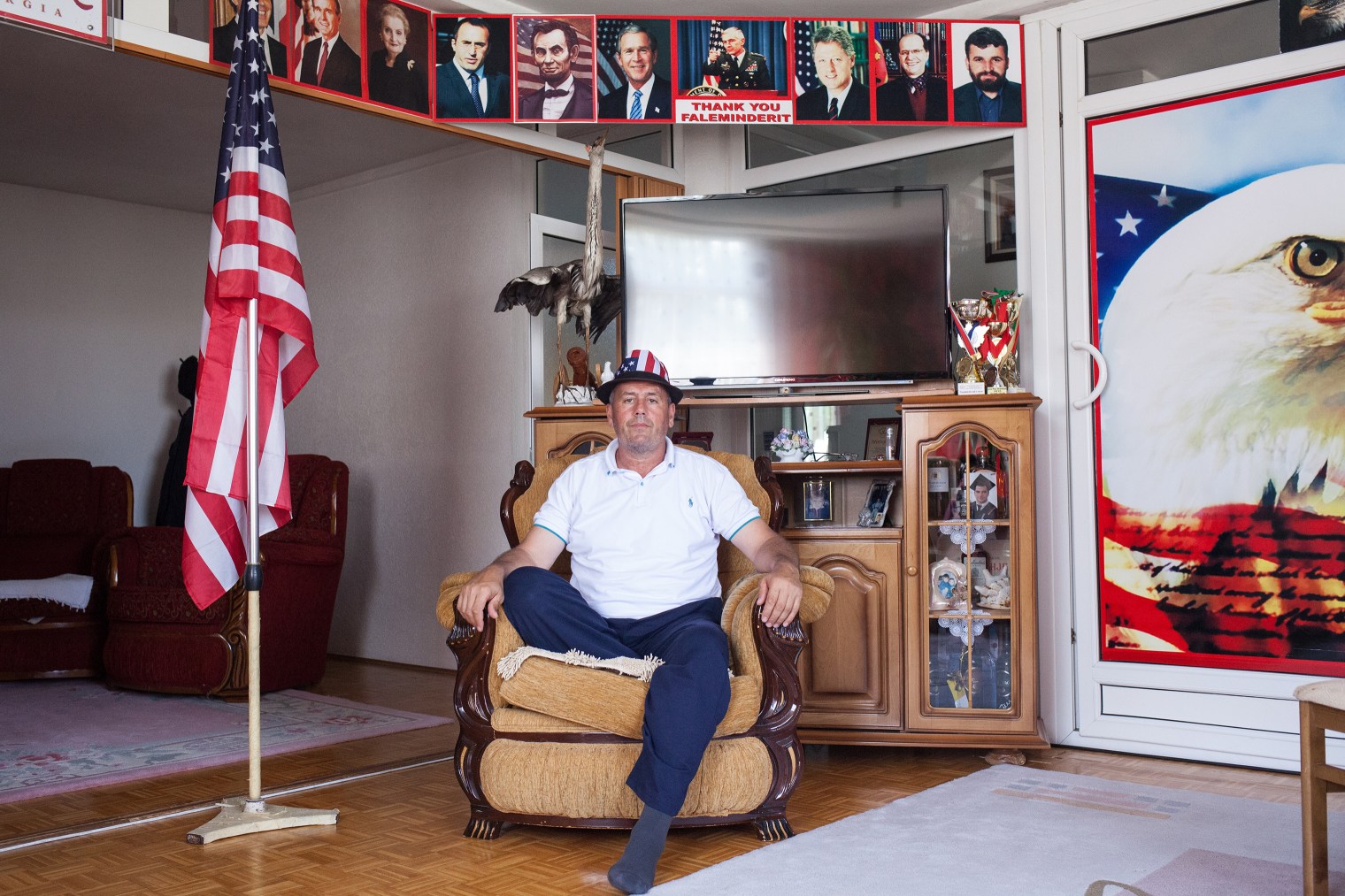 The Ferizaj home of Ruzhdi Kuçi, known as “Amerikani,” is decorated like a shrine to the U.S. 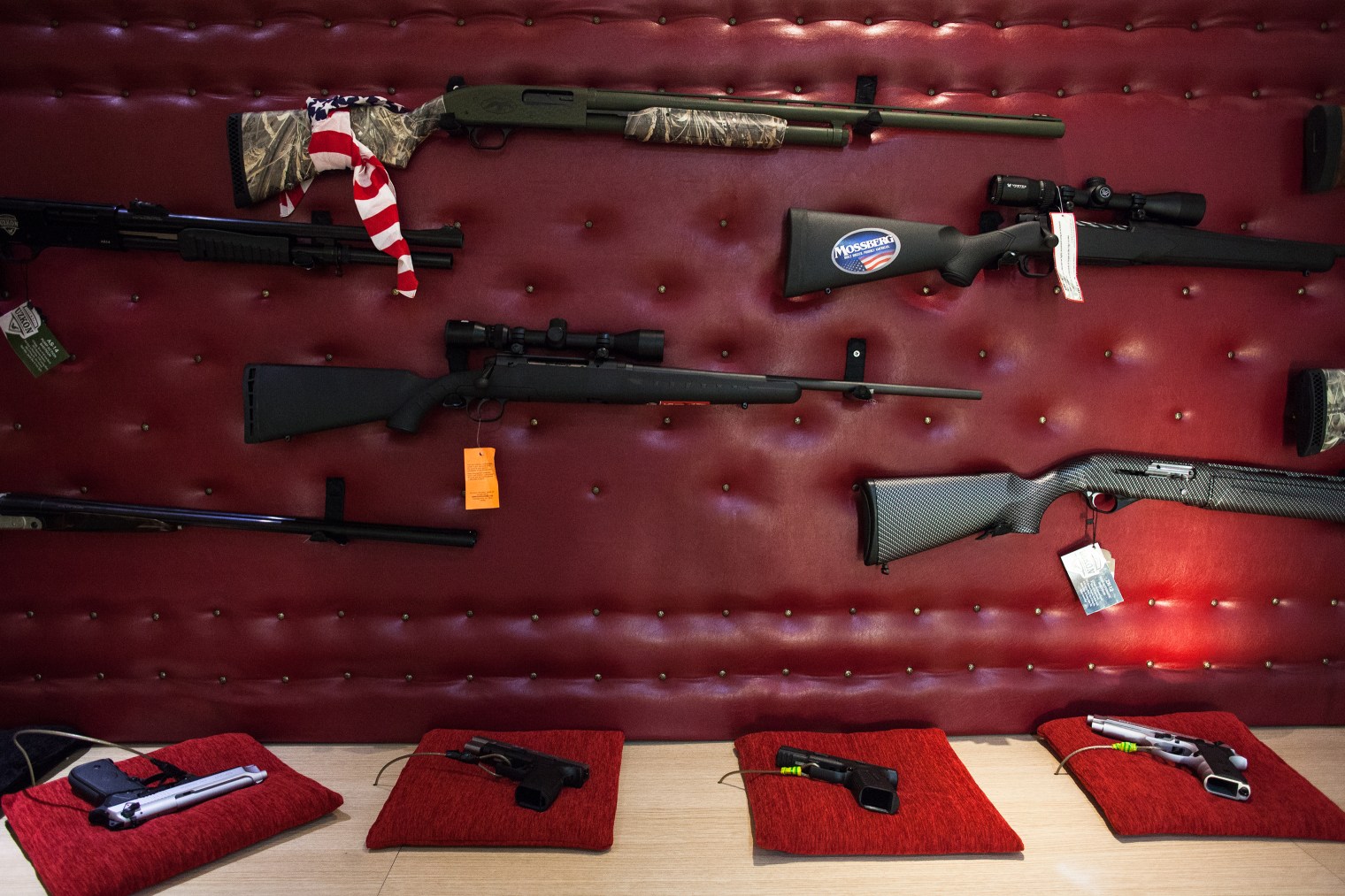 Inside a shooting range on the outskirts of Pristina.

Mindful of Milosevic’s slaughter of thousands of Muslim men and boys in nearby Bosnia four years earlier, Washington forced the Serbs to withdraw. It then played a prominent role in rebuilding Kosovo after the war, leading aid efforts and providing 7,000 troops, more than any other country, to the Kosovo peacekeeping force. A few hundred U.S. troops still remain in Kosovo today.

In fact, 1999 was actually the second time Washington helped Albanians get a state. During World War I, Fan Noli, an Albanian diplomat, scholar, poet and founder of the Albanian Orthodox church, started an Albanian-American association in Boston. 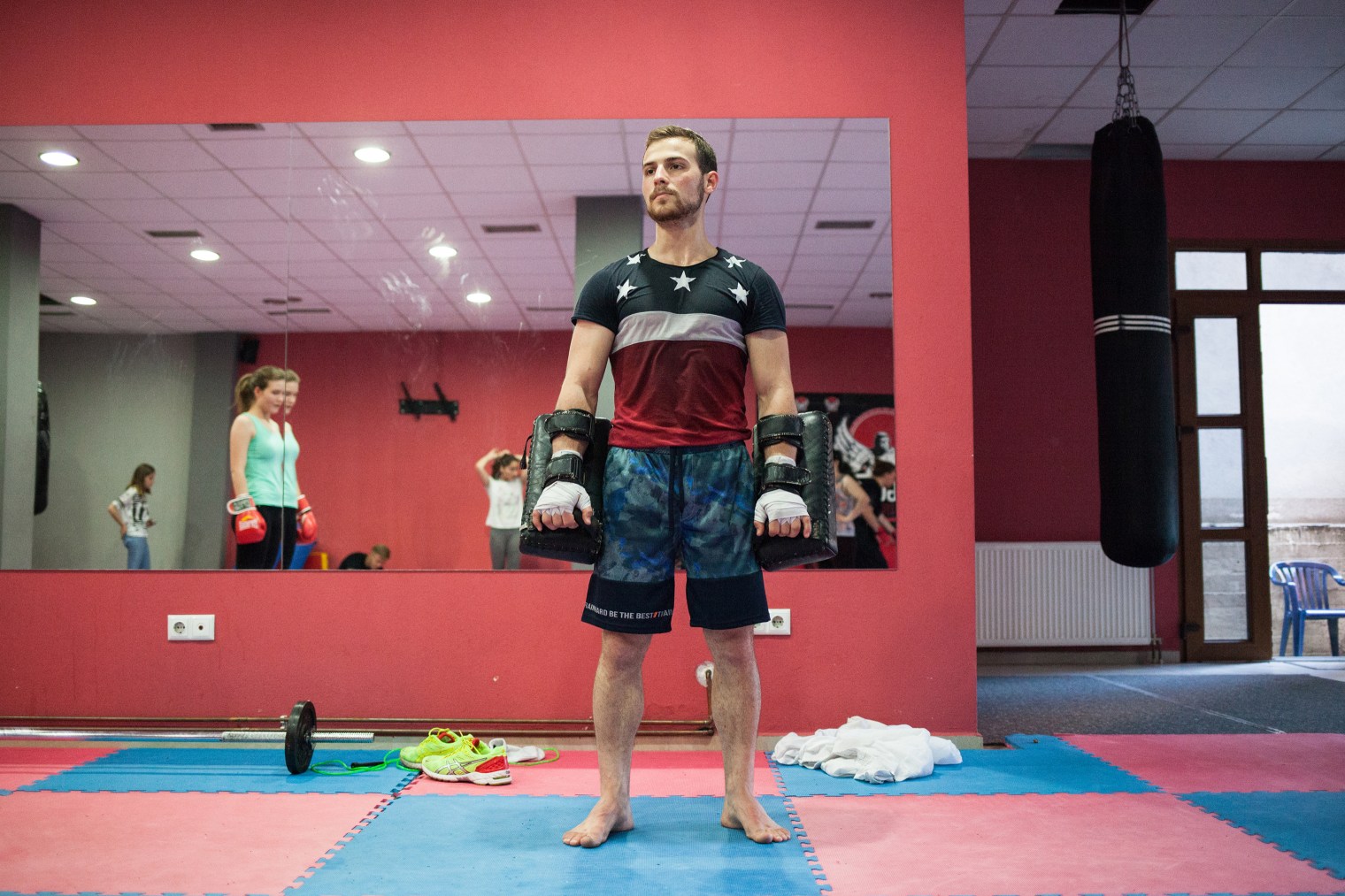 Jashar Jashari, 22, who works as a boxing coach at the Kickbox Rigoro Gym Pristina and competes in national leagues, in June 2017. His dream is to be a professional boxer and to move to the states. 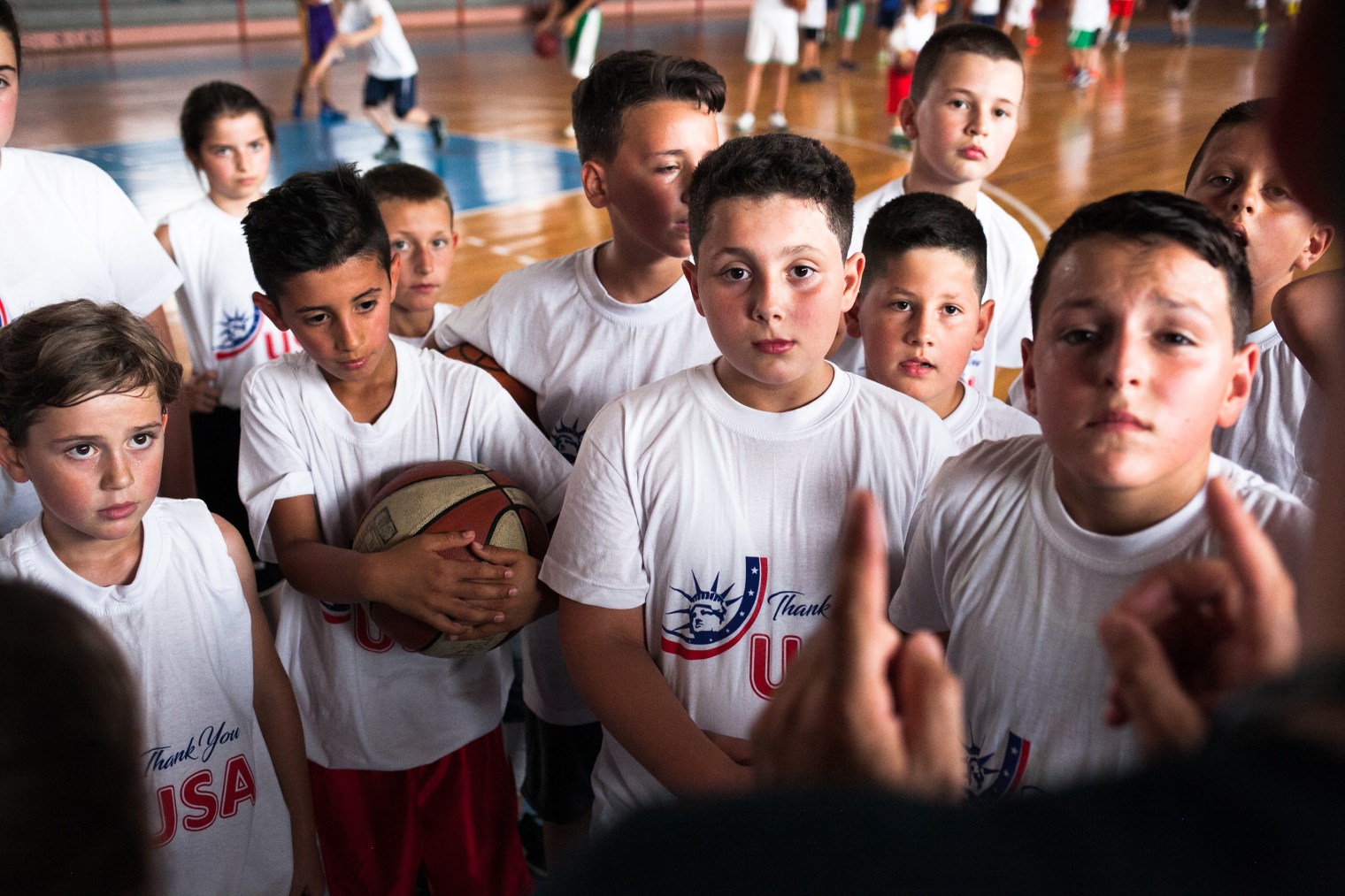 Boys during a friendly basketball tournament, named “Thank You USA,” that commemorates the Fourth of July. 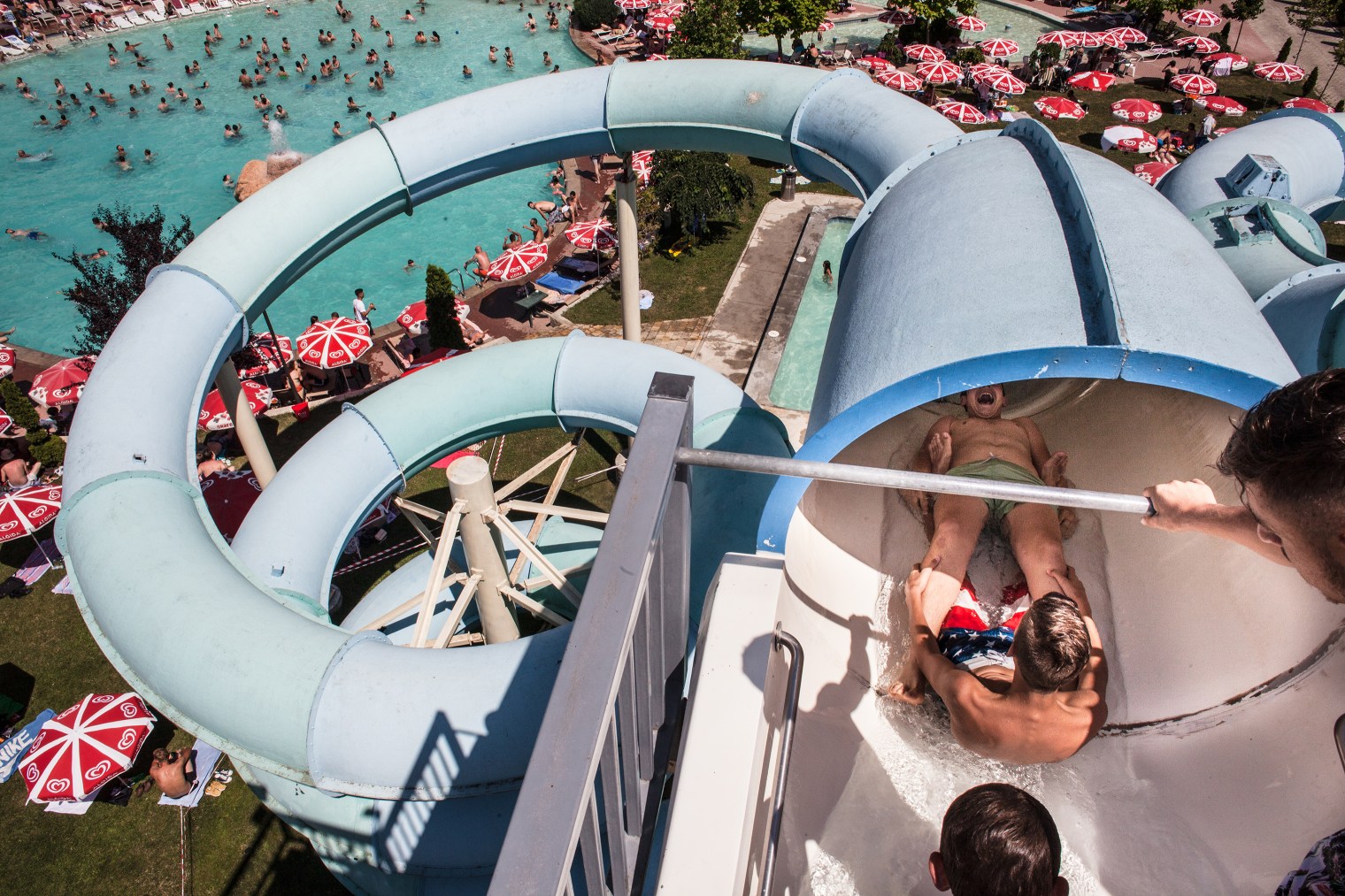 Eddie Steven, wearing an American flag-styled swimsuit, enjoys a waterslide at the California Resort on the outskirts of Pristina. The son of the resort’s founder, his family lives in California where his father, Rox, arrived in 1990 as a refugee.

In 1917, Noli wrote a poem, now famous among Albanians, entitled, “Mother, Be Not Afraid, for You Have Sons in America.” It’s an allegory of the Albanian motherland as a widow, her sons and husbands killed in war. Noli reassures her that America will come to her defense, and then did his part to make good on the vow, convincing President Woodrow Wilson of the Albanians’ need for statehood. Wilson in turn pushed the case with his reluctant allies, and the state of Albania was subsequently accepted into the League of Nations. 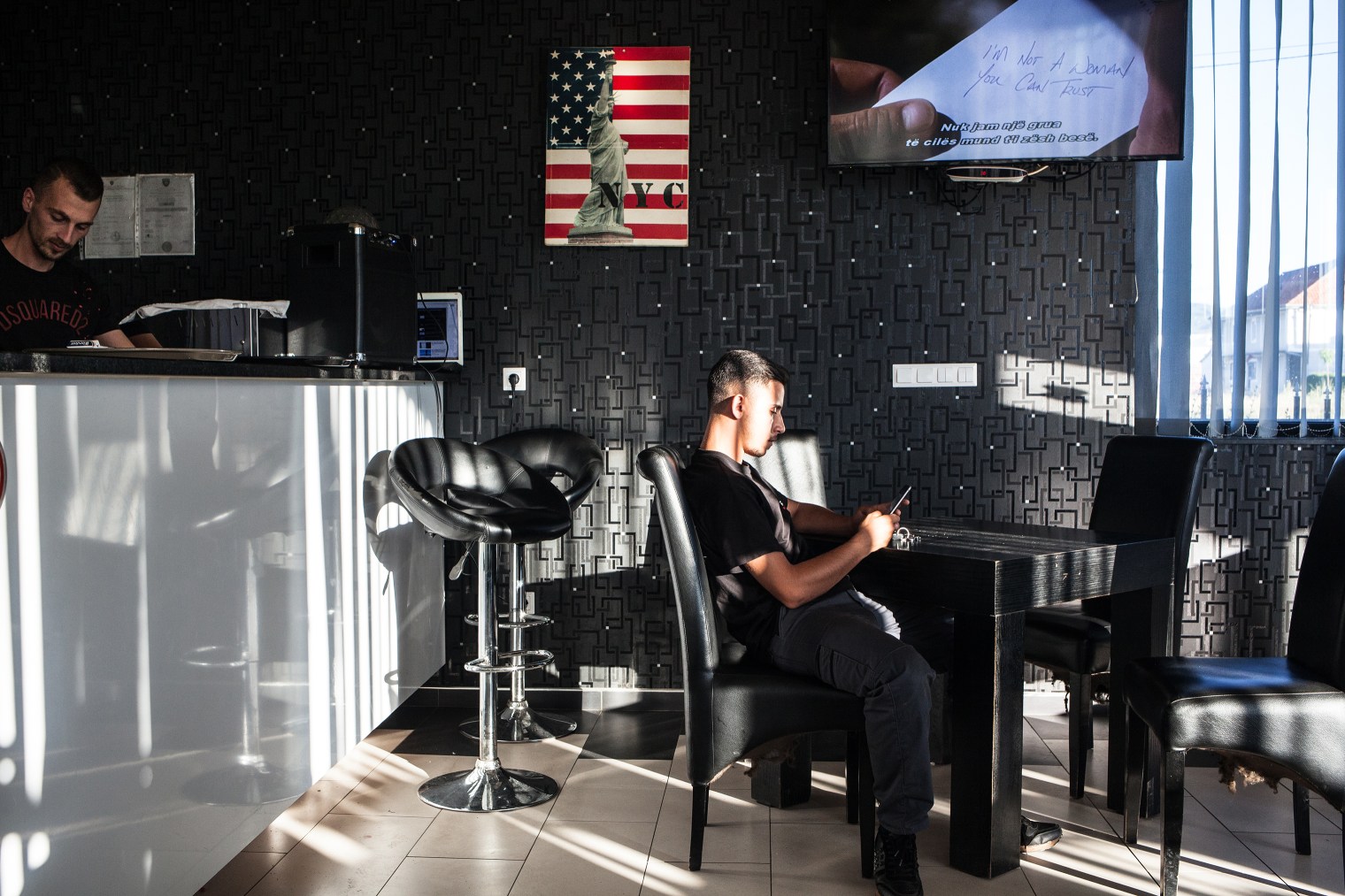 Inside a food shop, which includes a flag in its logo and is run by a pro-American owner.

Stacy Sullivan, who reported in Kosovo for TIME during the Balkans War, is the Deputy Director, Editorial and Strategic Communications, at the ACLU. She is the author of ‘Be Not Afraid, For You Have Sons in America‘ (St. Martin’s Press, 2004).

Andrew Katz, who edited this photo essay, is TIME’s Deputy Director of Multimedia. Follow him on Twitter @katz.