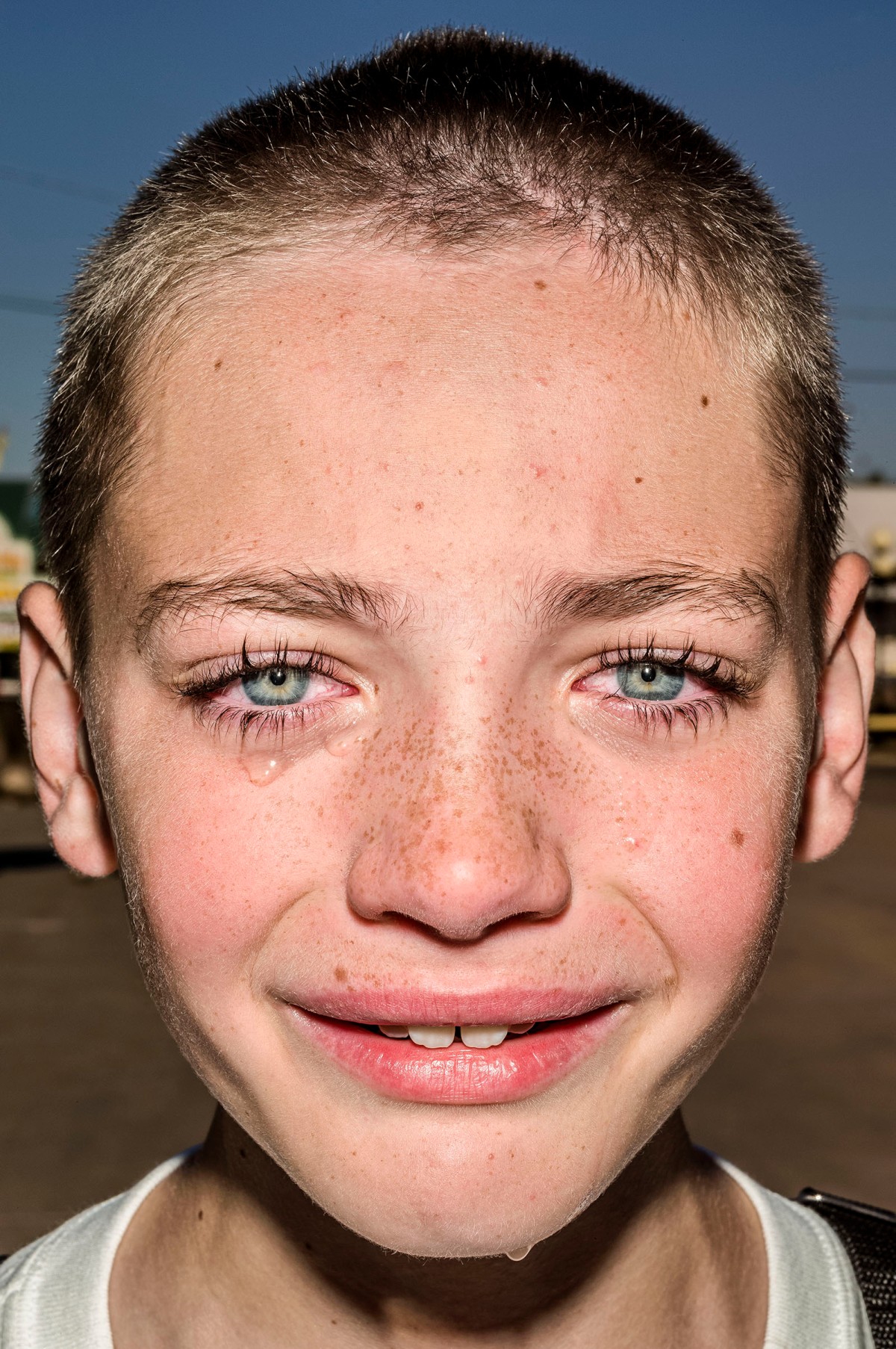 Bruce Gilden has shadowed the residents of cities around the world, capturing the dark side of urban dwellers with a flash in hand. His often-confrontational take on street photography is framed within his modern day film noir sensibility. Since the start of his career in 1968, he says, he has been compared to legendary street photographers like Weegee, William Klein and Lisette Model.” These are photographers who created a new space in a genre that has existed since photography’s inception, pioneering styles that were entirely personal and captured an attitude about their time and perception of the world. Fifty years later, Gilden has carved out a place for himself with almost twenty books in this category. Now he’s redefining himself again.

Taking an iconic line from war photographer Robert Capa to heart— “if the picture isn’t good enough, you aren’t close enough”— Gilden has worked for years on getting closer to his own subjects. Some might even describe the work as aggressive. “The face is the environment,” Gilden tells TIME, after returning from recent trips to the Iowa and Wisconsin State Fairs, where he made these portraits.

“I wanted to do faces like this for fifteen years, sort of like mug shots,” Gilden says. “If you go back and look at compendiums from Paris or from LA you’ll see all these criminal types, so that always fascinated me,” he adds. “These guys had no pretense about being artists or anything. They were just doing their job. The Leica S camera enabled me to do this kind of picture.”

Gilden, like many photographers, often shies away from explaining the meaning in his photographs. “When people look at my pictures I don’t want to tell them what’s in the pictures. I want them to look at the picture and make up their own story.”

But when it comes to style Gilden is generous about sharing his process and technique. “I’m blunt,” he says in his thick Brooklyn accent. “And I think that has a lot to do with the strength of my pictures. The older I get, the closer I get. I don’t want to be sneaky. I’m upfront and blunt. I’m self assured and I treat people respectfully.”

The art happens within his interaction with subjects. “I think the picture is the result of the encounter between myself and the person who I’m photographing. There has to be some relation between us so we’re on the same page.” When photographing his latest series called ‘Farm Boys and Farm Girls’ he says, “they’re very much in touch with life and death in a way that’s natural.”

On his most recent trip to the Iowa State Fair he captured a portrait of a 12-year-old boy with enormous tears welling up on his face. “The kid was crying when his cow had to be taken out of the contest,” he recalls. “So I went to the mother and we had a nice conversation and she said it was okay if I take a picture of her son. I felt bad for the kid because I know what it is to work for years and then in a whole moment, something falls apart that’s out of your control. So I empathize with the kid, but at the end of the day, I’m a photographer.”

Through his lens the pain of that moment becomes monumental, heightened in both color and lighting. When asked about documenting that kind of pain, Gilden reflects on his own childhood in Brooklyn. “That event, that moment, should be a catalyst to a springboard that makes you stronger,” he says. “I had a very tough childhood emotionally, and I knew things that children shouldn’t know, and I kept it inside of me my entire life,” he adds. “My past was totally negative, but I used it as positive and it gave me that strength in my photos. And I’ve never changed.”

When reflecting on what he hopes this work will add up to, he laughs a little. “It’s America. I’m an American photographer and the farm boys and farm girls are very Middle America, and that’s a part of America I don’t know well,” he says. “I enjoy learning about people, seeing where they live, talking to them.”

“I would like to get the soul out of somebody. That’s my main interest. I want you the viewer to feel that person.” 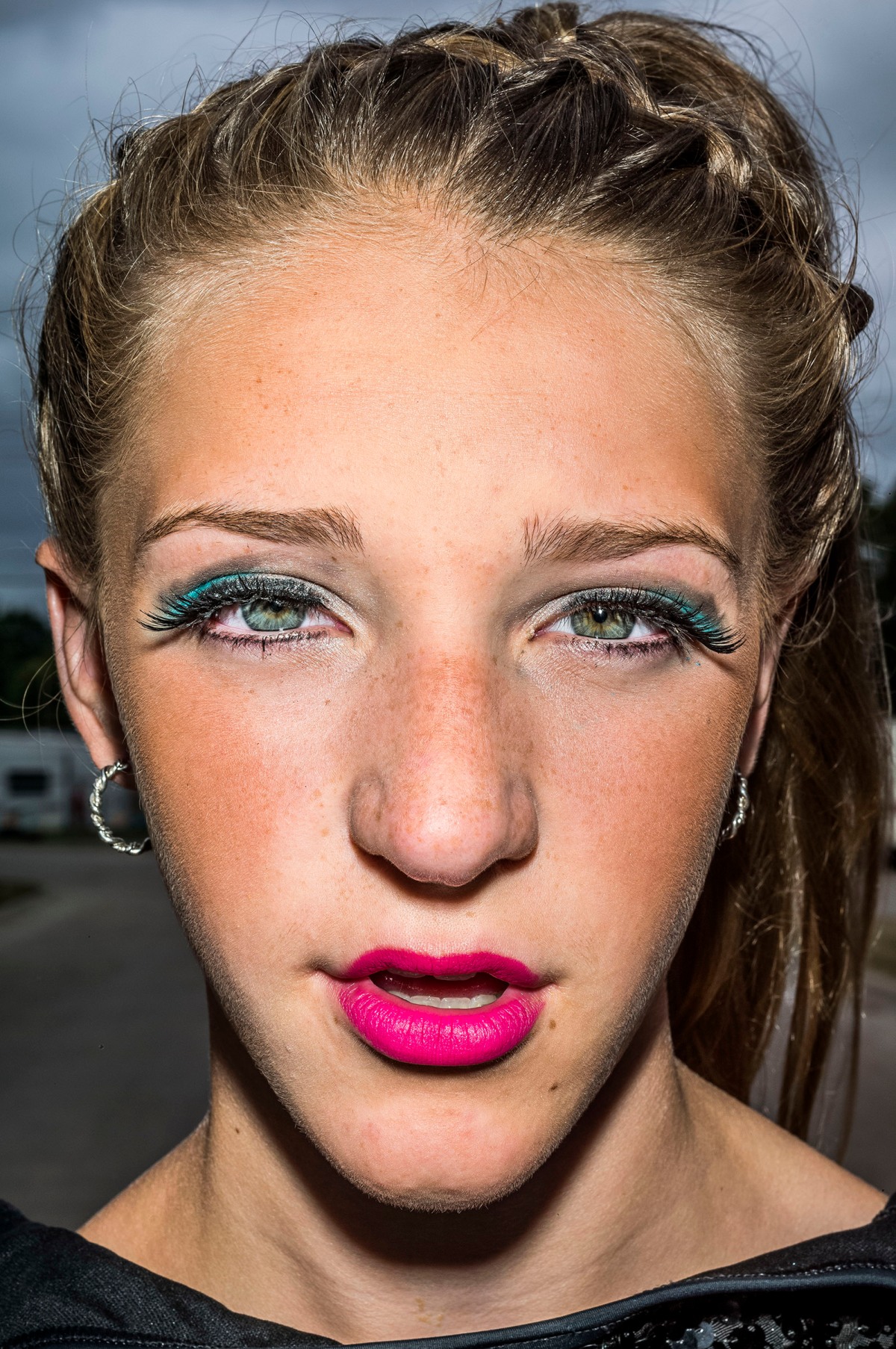 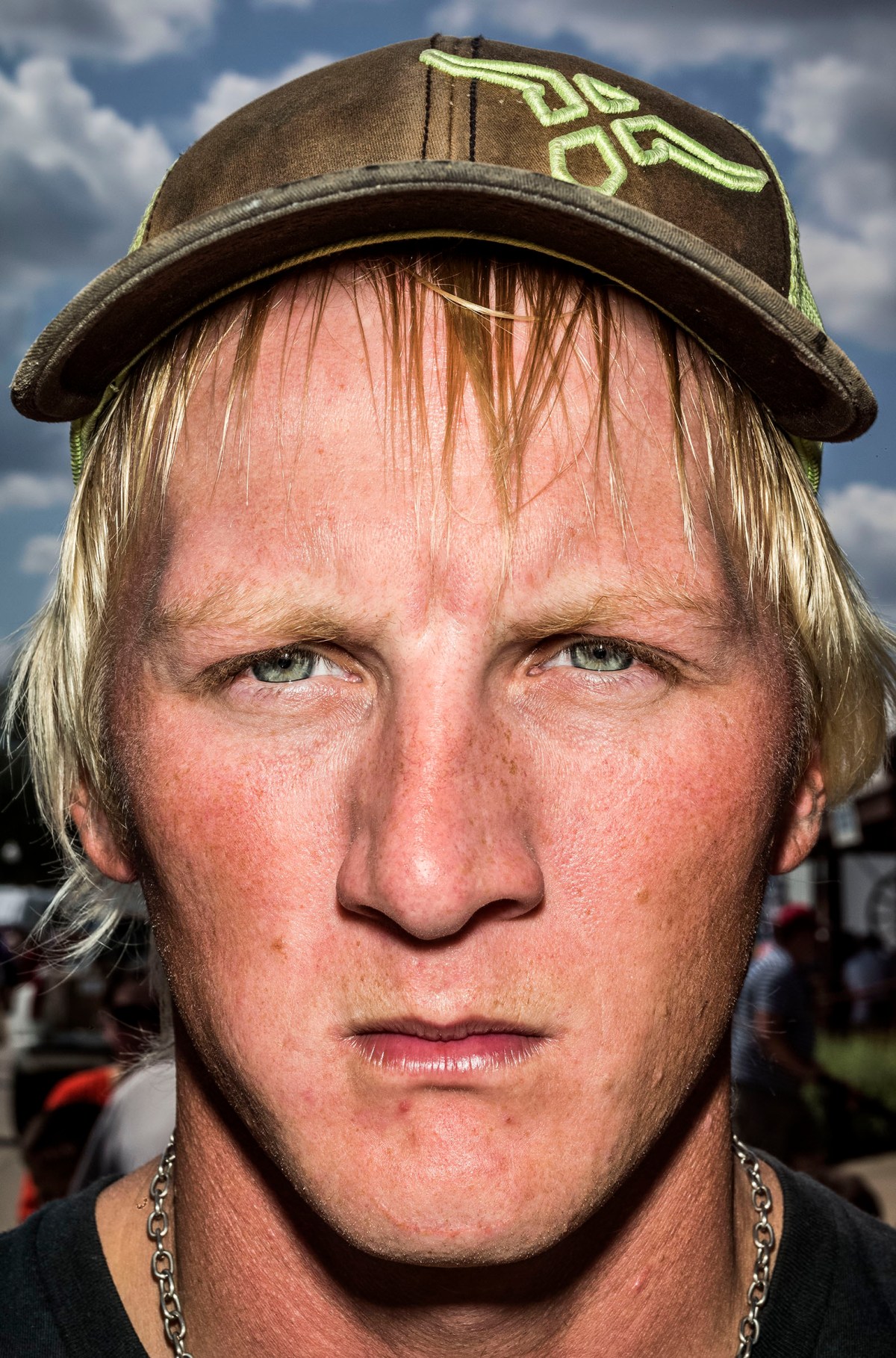 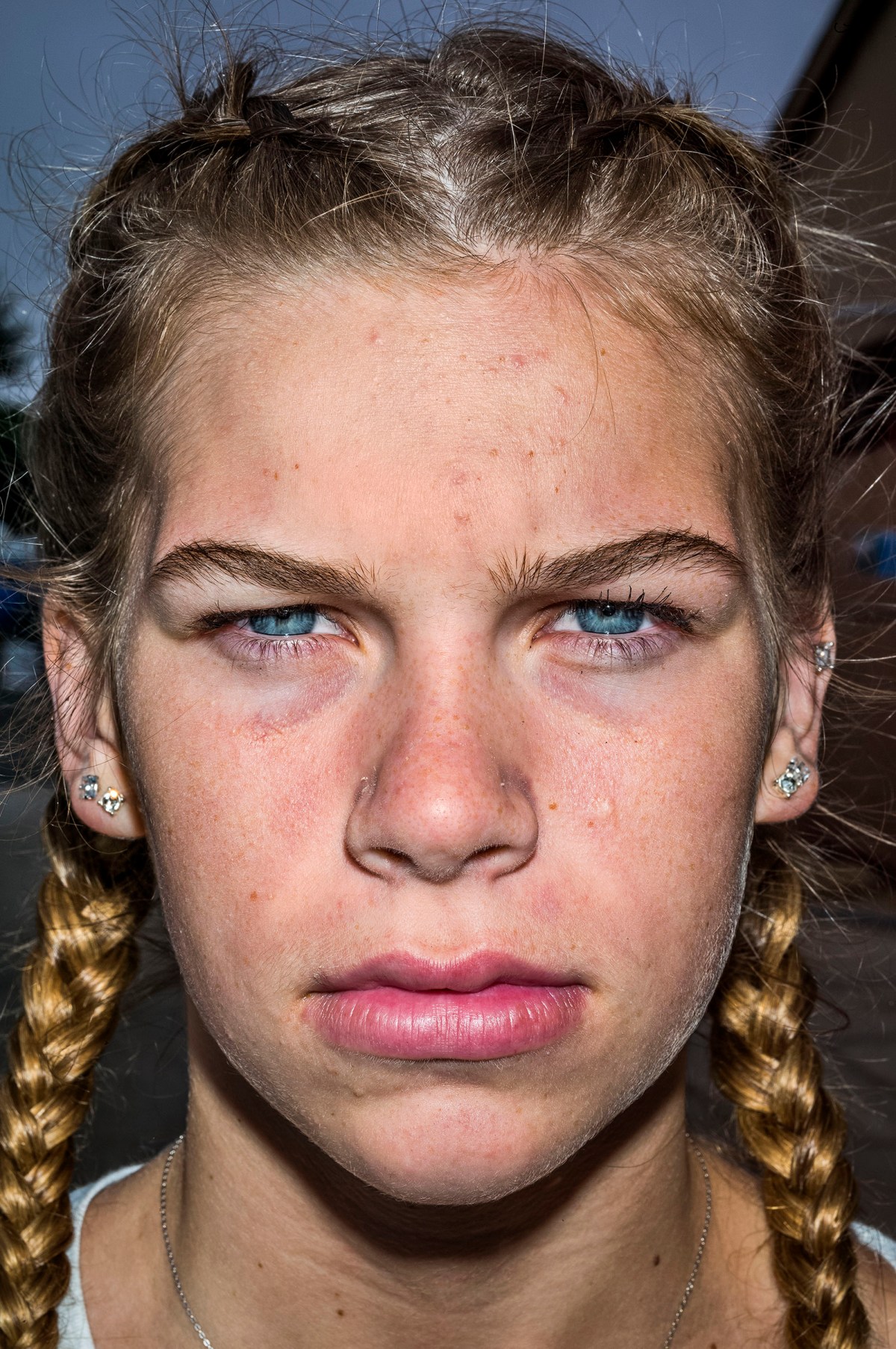 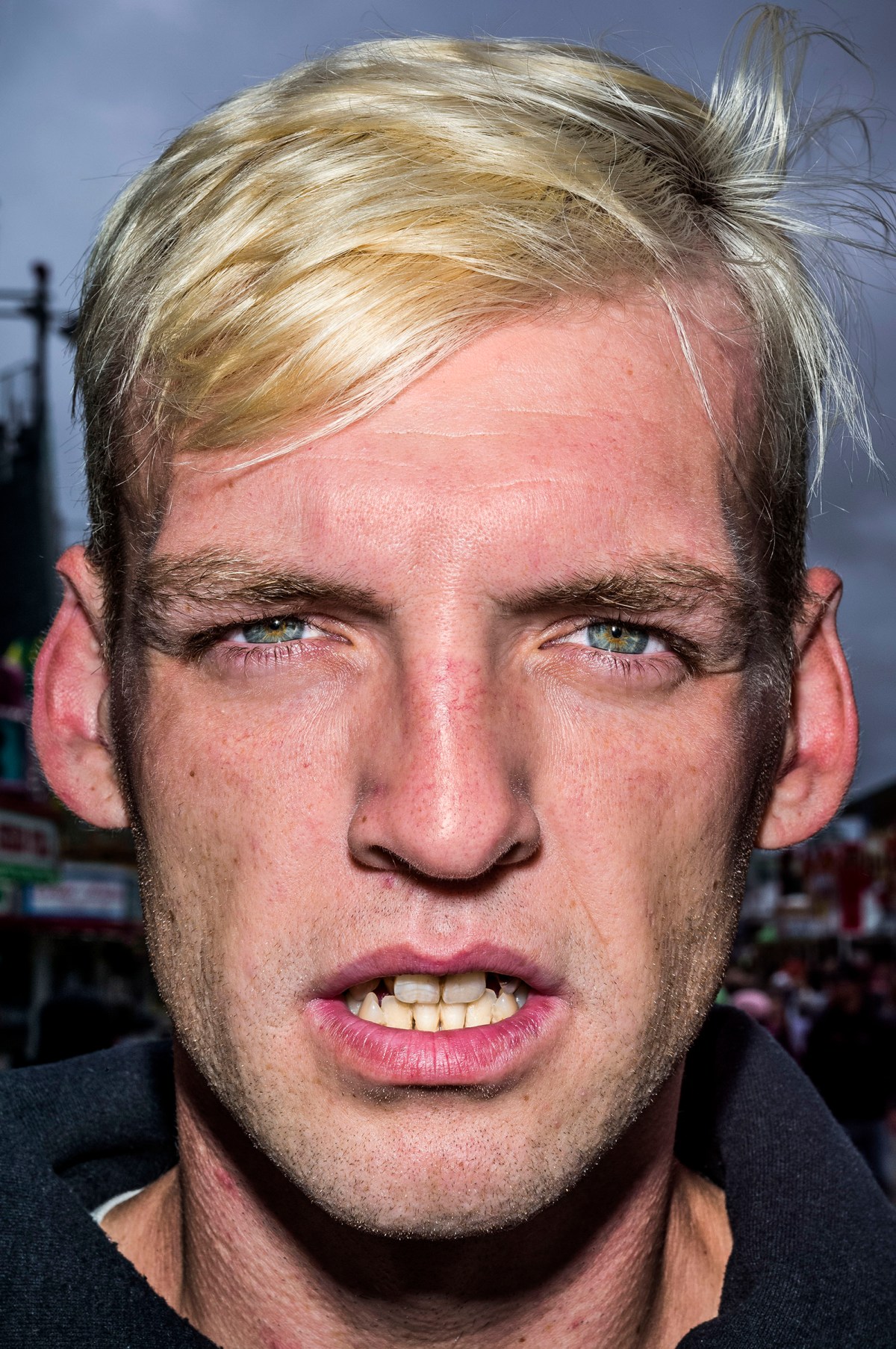 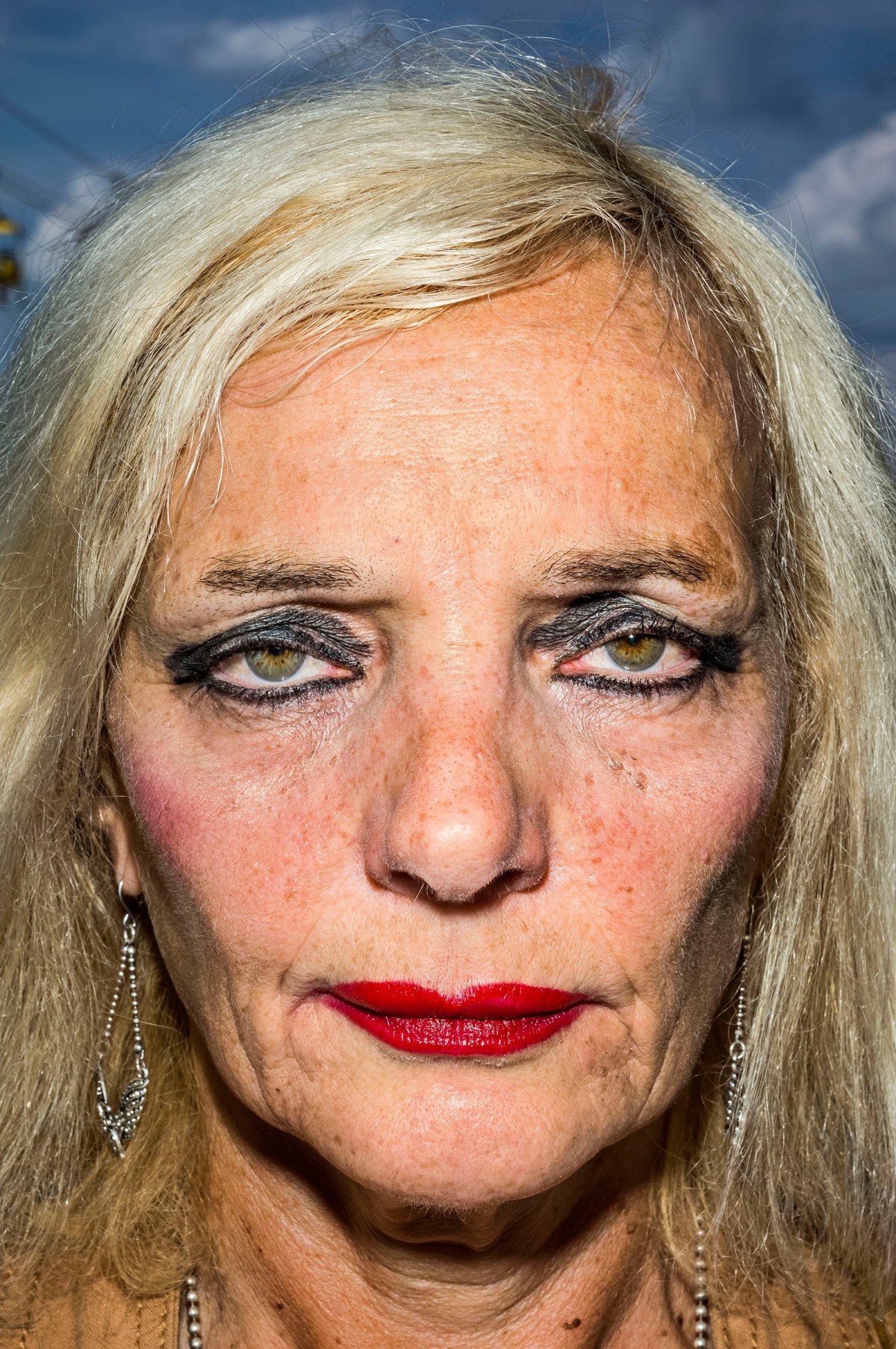 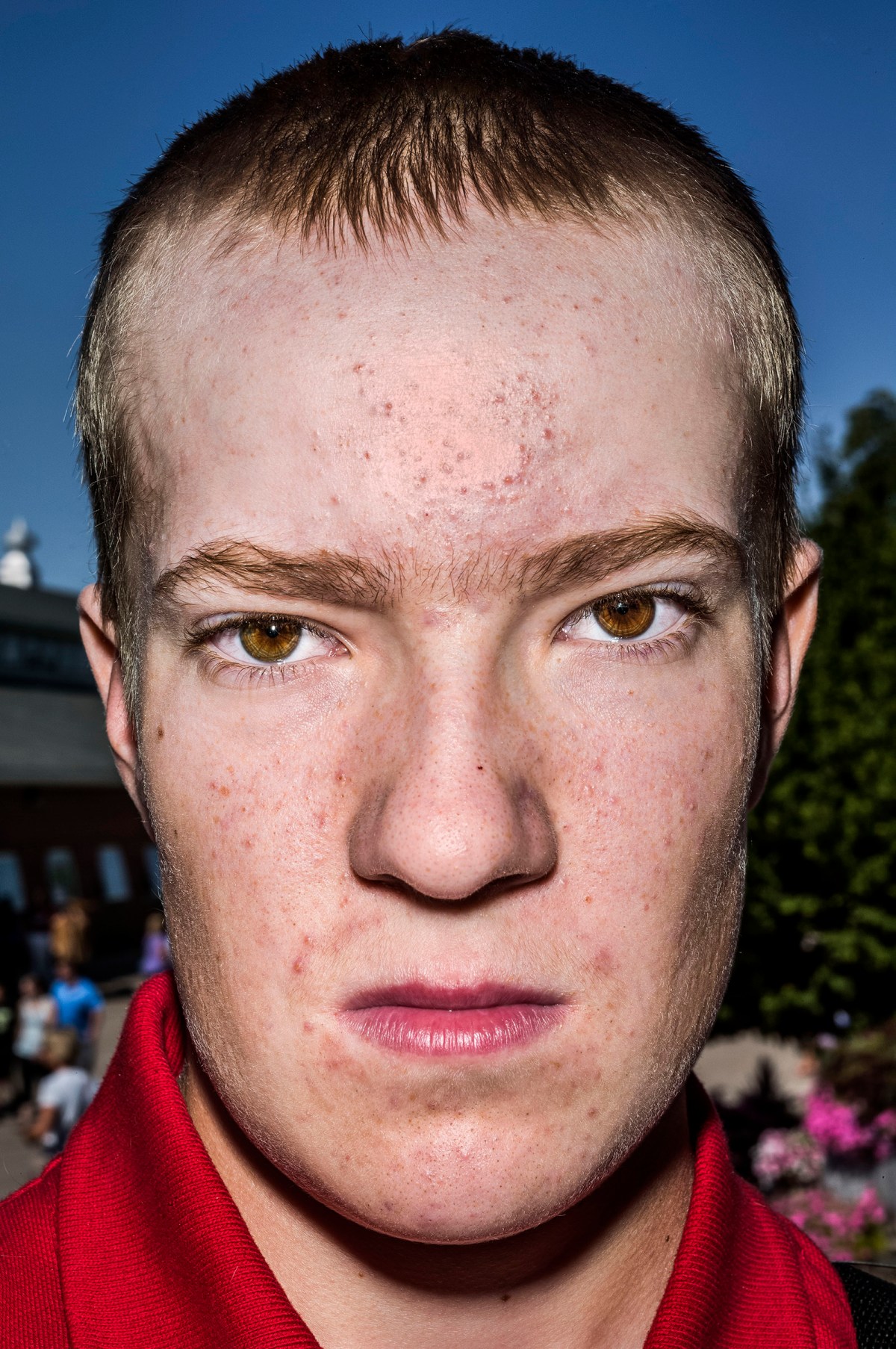 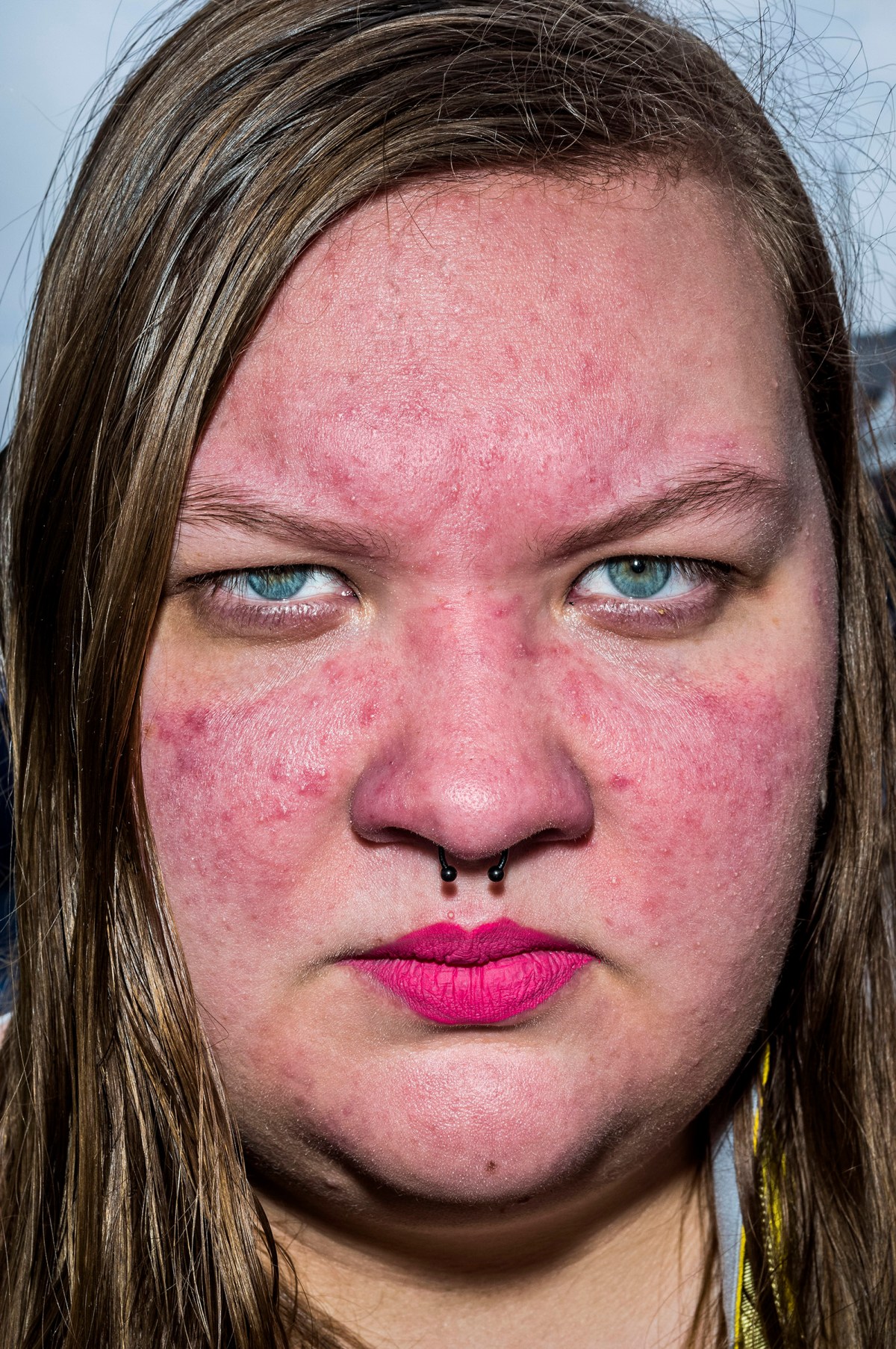 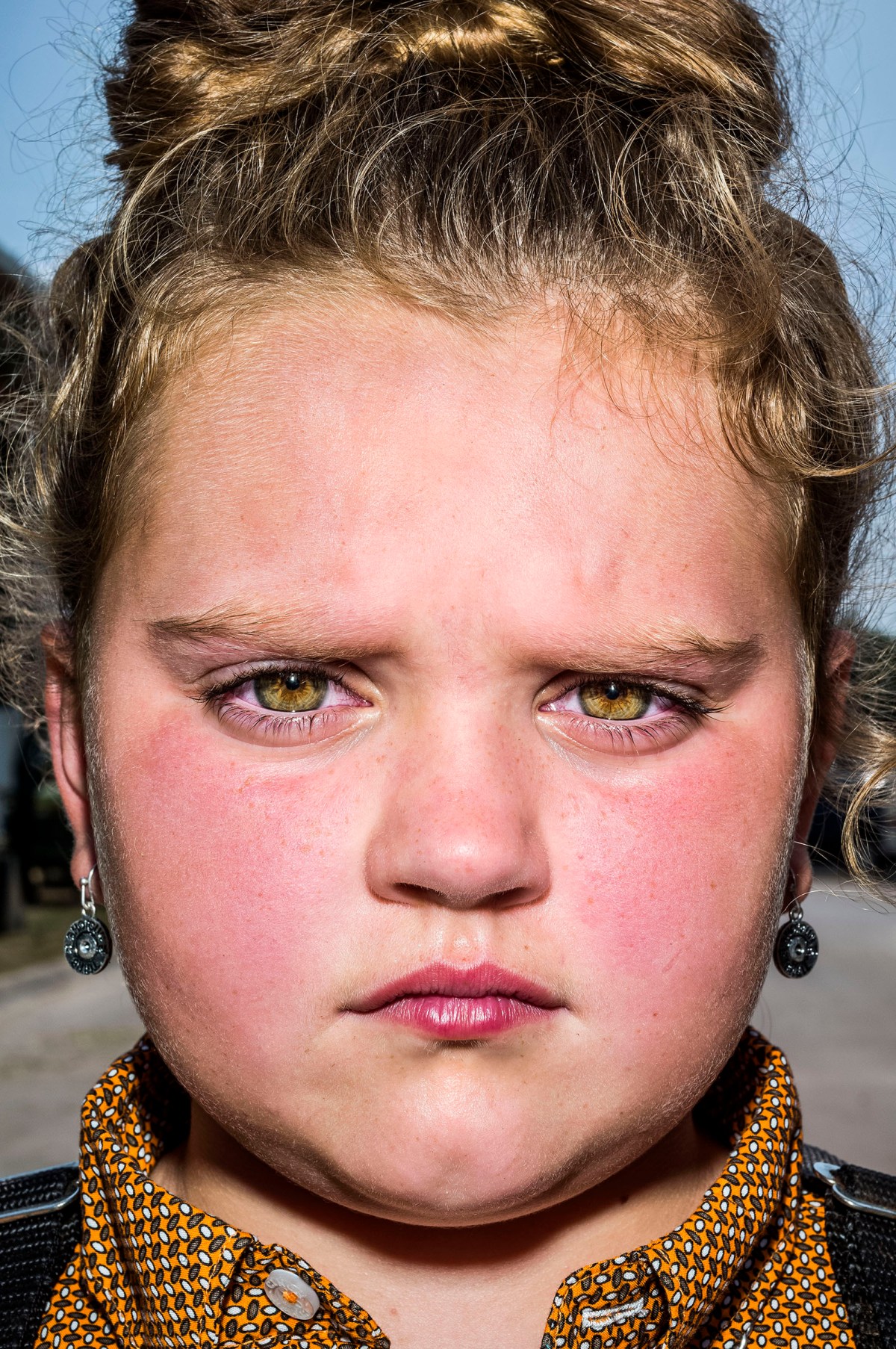 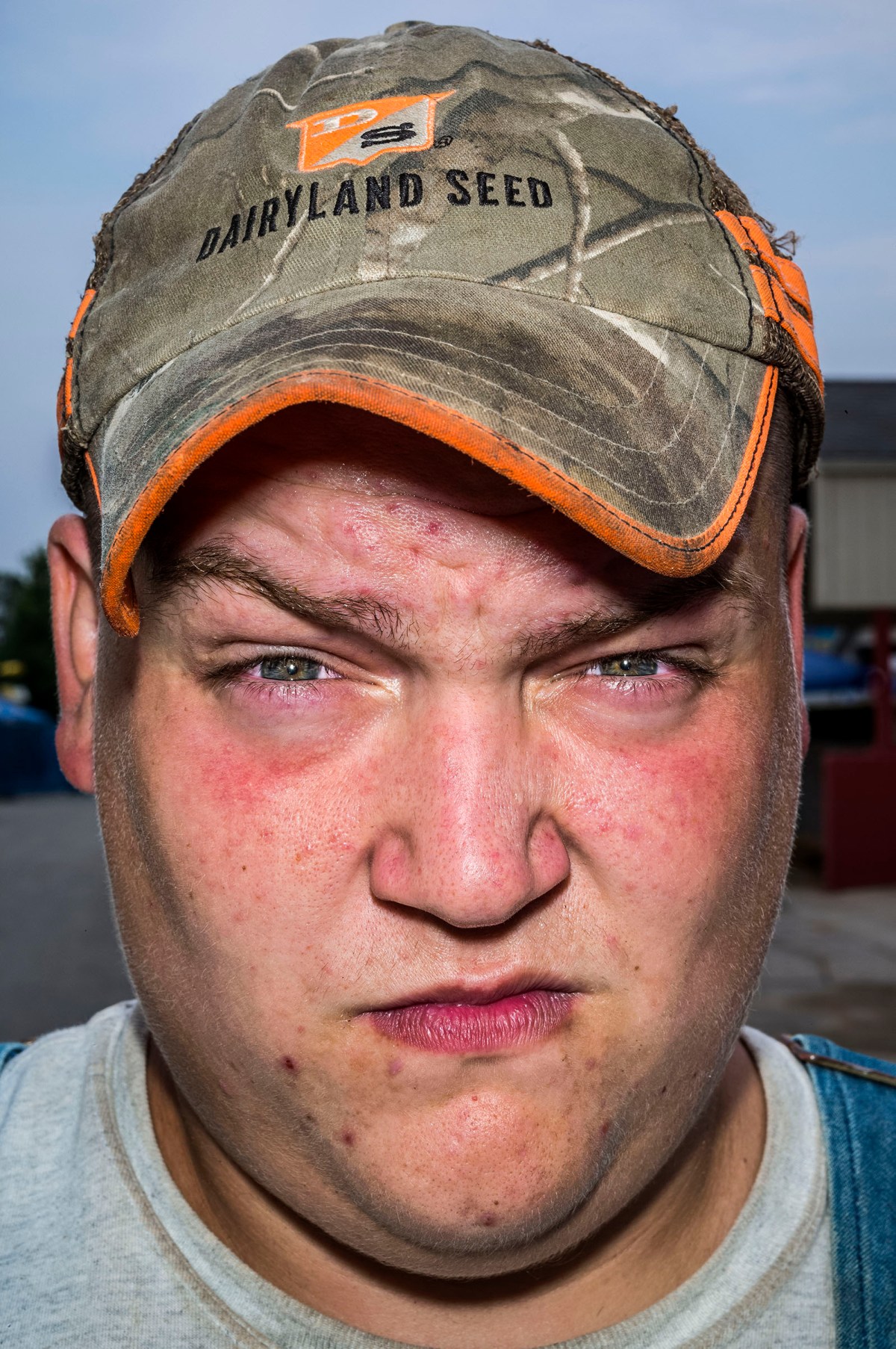 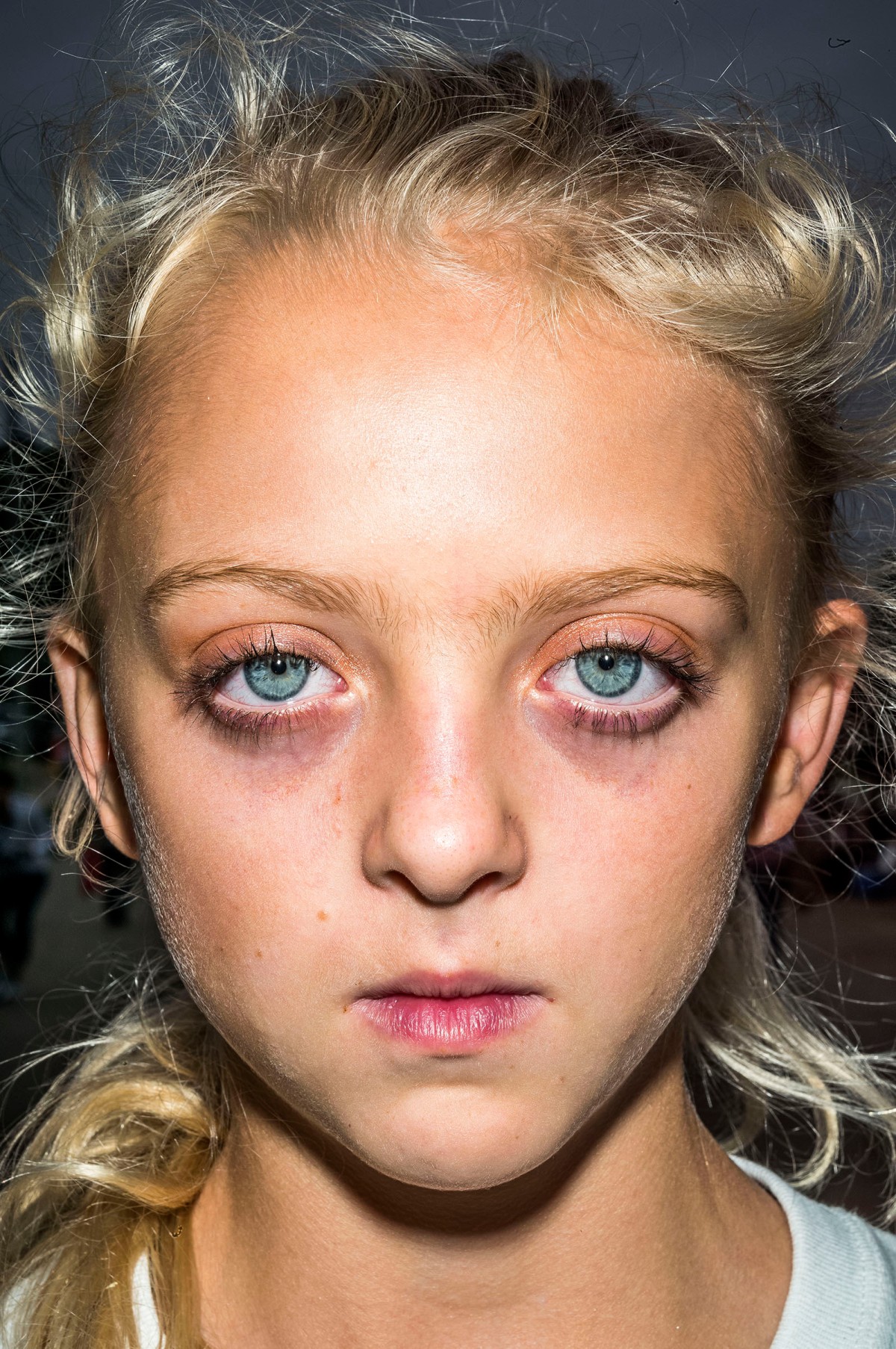 Bruce Gilden is a photographer based in New York City represented by Magnum Photos.

Paul Moakley is the Deputy Director of Photography at TIME and you can follow him on Twitter here.