Exodus of the Stateless

As the military tightens its grip on western Myanmar, the long-oppressed Rohingya minority flees to find sanctuary

It has become a familiar scene. In this image by photojournalist William Daniels, a trail of civilians crosses the Myanmar border seeking shelter on the muddy banks of Bangladesh. Even more misery lies ahead for these Rohingya refugees as they reach bloated displacement camps that cannot house them all. Home is no longer an option.

The Rohingya, a stateless Muslim minority that has suffered decades of persecution in western Myanmar, are again on the move. Last year, an attack on state security forces by an insurgent group triggered a scorched-earth counterterror campaign by the military that sent some 74,000 fleeing across the border amid accounts of rape, torture and indiscriminate killings. On Aug. 25, the insurgents struck again, and the military’s response was no more measured. Some 146,000 have since fled Myanmar, according to the U.N, joining about 400,000 others who have left in recent decades.

Aung San Suu Kyi, the Nobel laureate who resisted the country’s military dictatorship for decades until becoming Myanmar’s de facto leader in 2016, refuses to stem or even condemn the abuse. On Sept. 5, she said tensions were being driven by “misinformation.” Her reticence in the face of a crisis likened to a campaign of ethnic cleansing has been heavily criticized by human rights groups. “It’s going to get worse,” says Daniels. “This is the beginning of something very bad.” 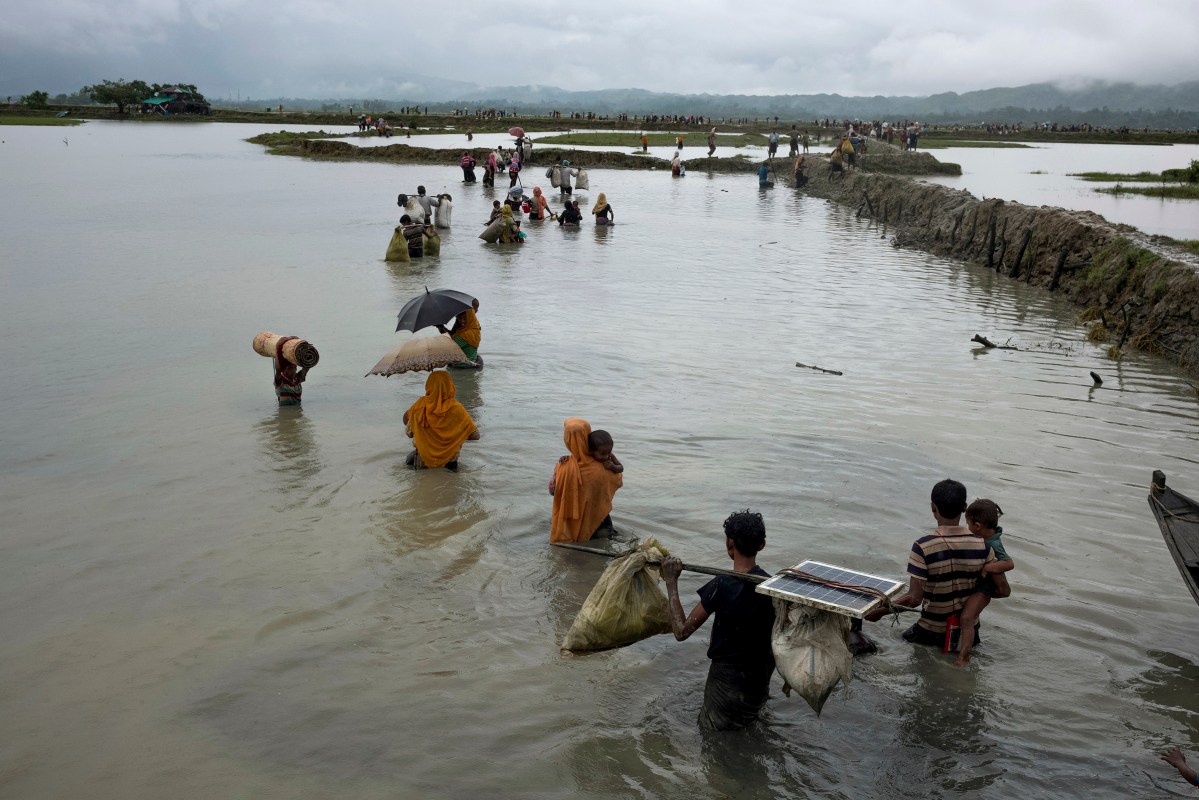 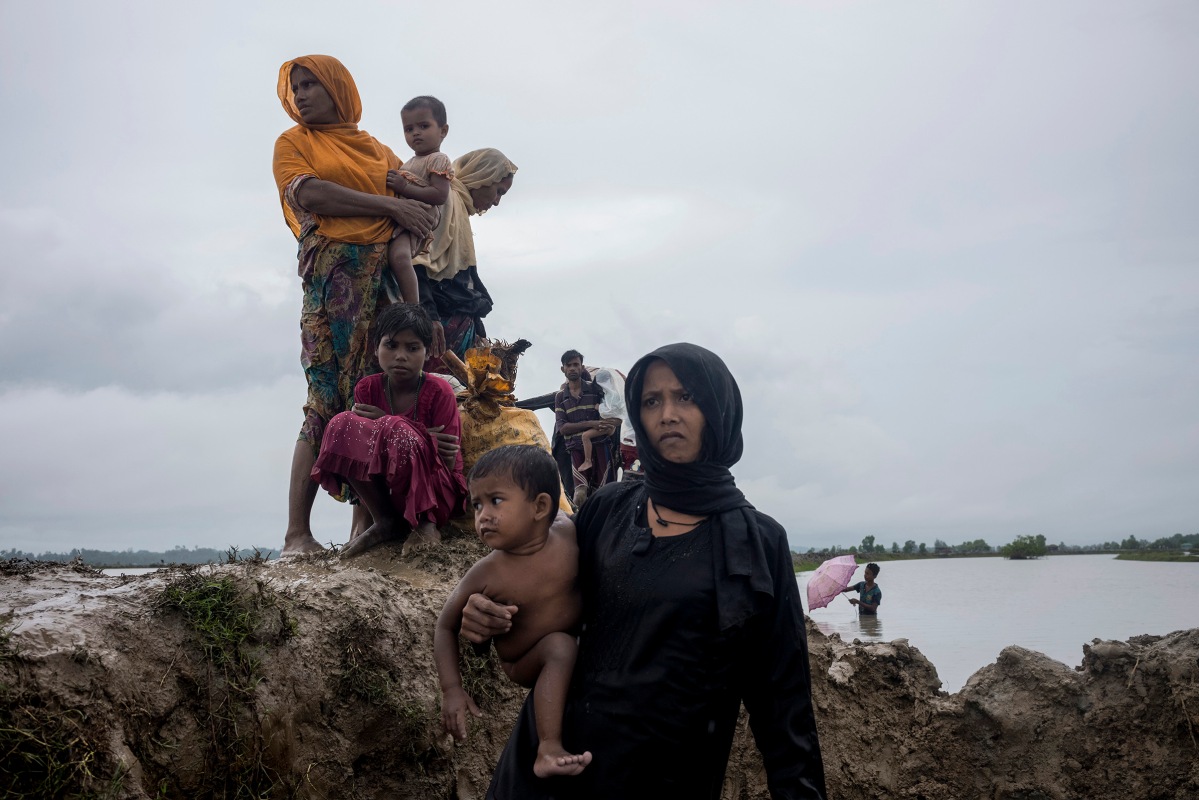 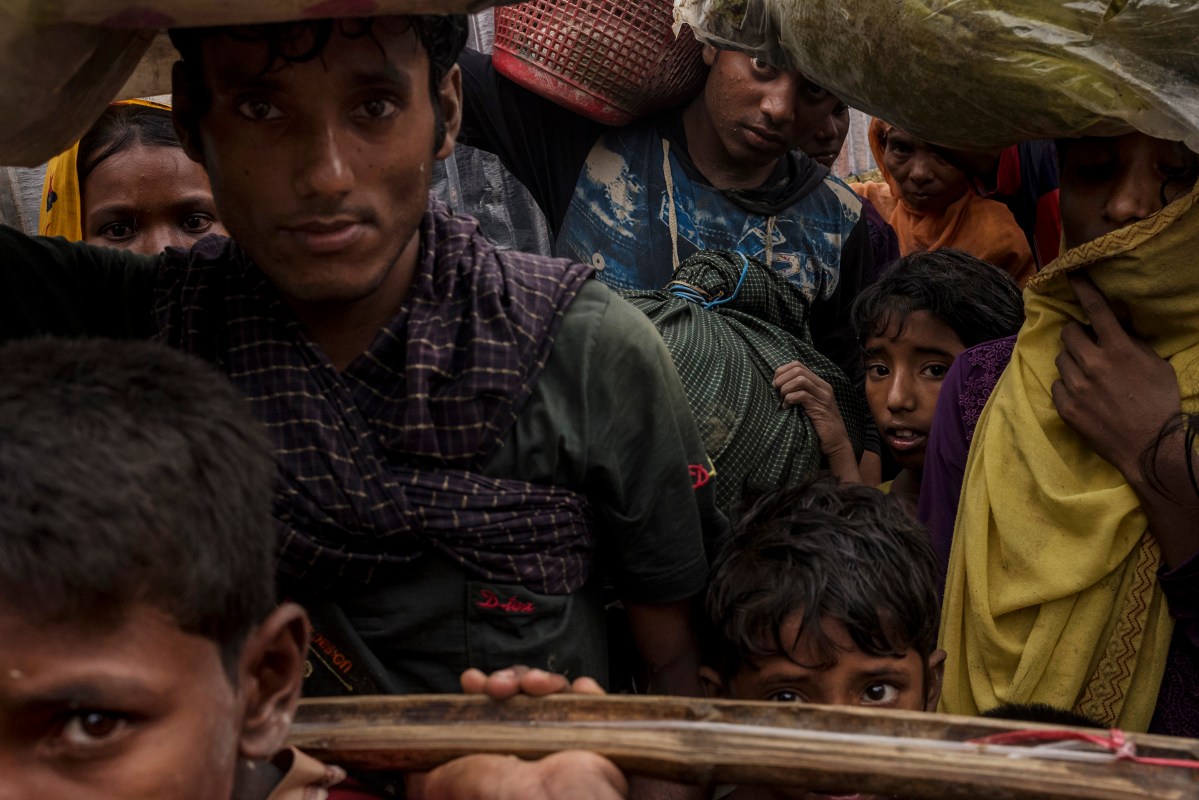 Rohingya refugees wait in line to enter Unchiprang village after crossing the border into Bangladesh, September 1, 2017. 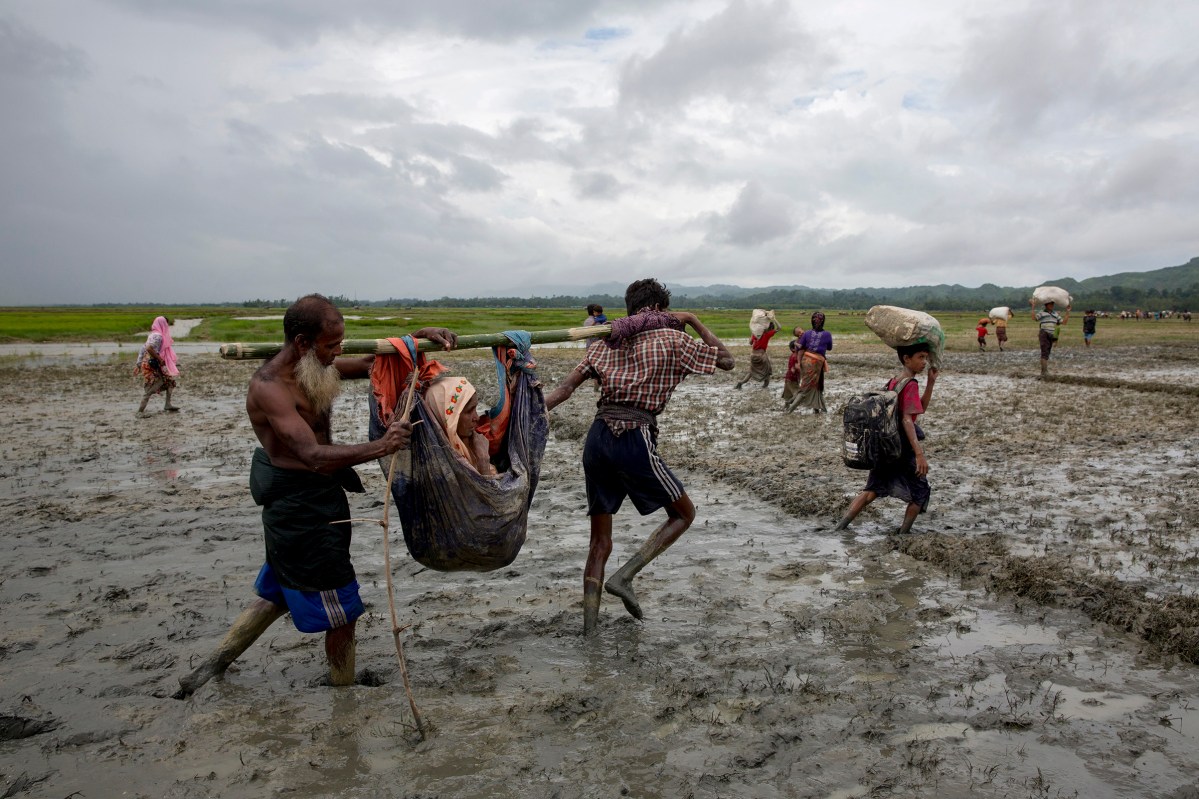 Rohingya refugees carry an elderly woman after crossing the border into Bangladesh, August 31, 2017. 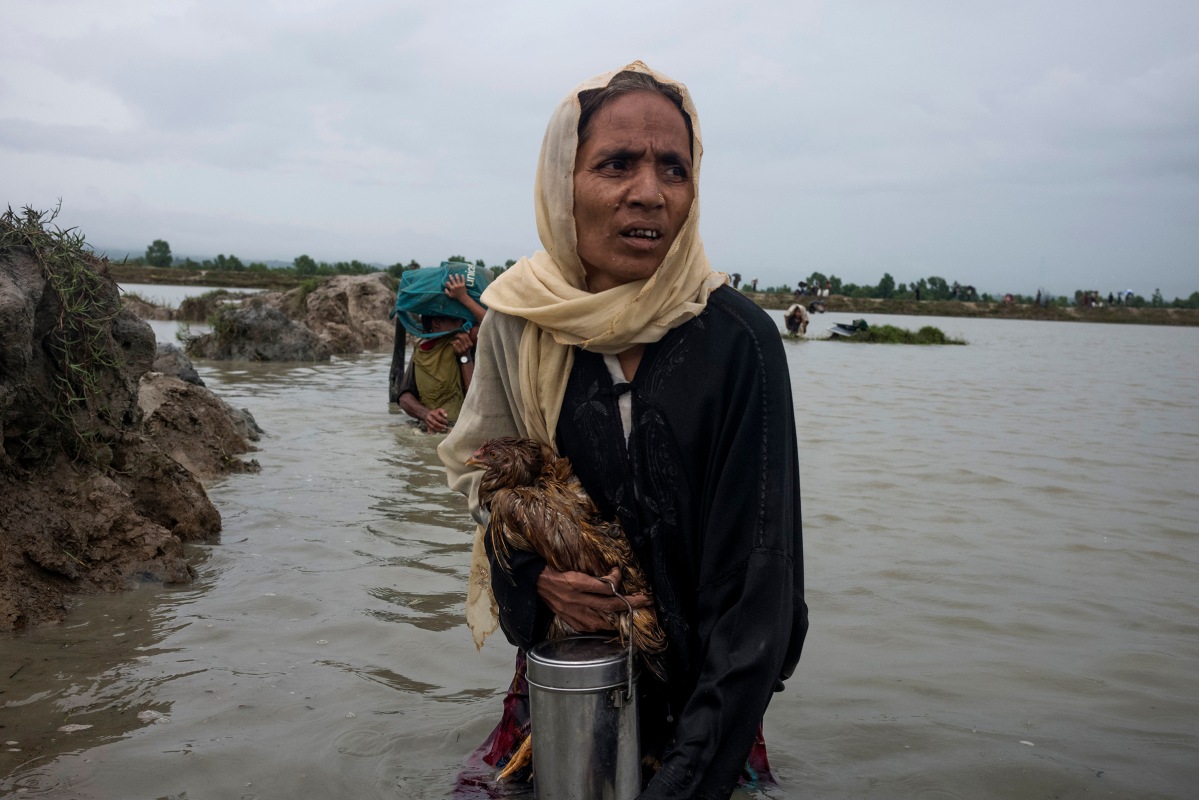 A Rohingya refugee walks in water carrying a chicken after crossing the border into Bangladesh, September 1, 2017. 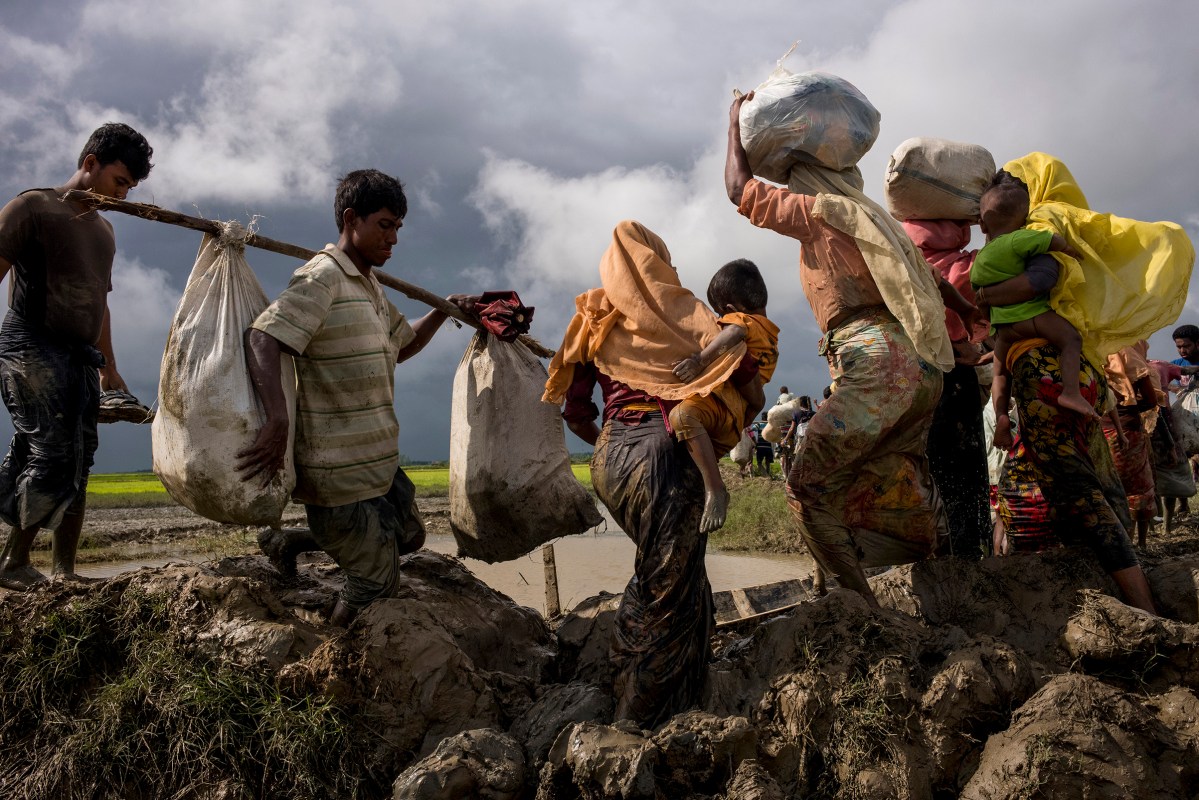 Members of Myanmar’s Rohingya ethnic minority walk through paddy fields and flooded land after crossing the border into Bangladesh, August 31, 2017. 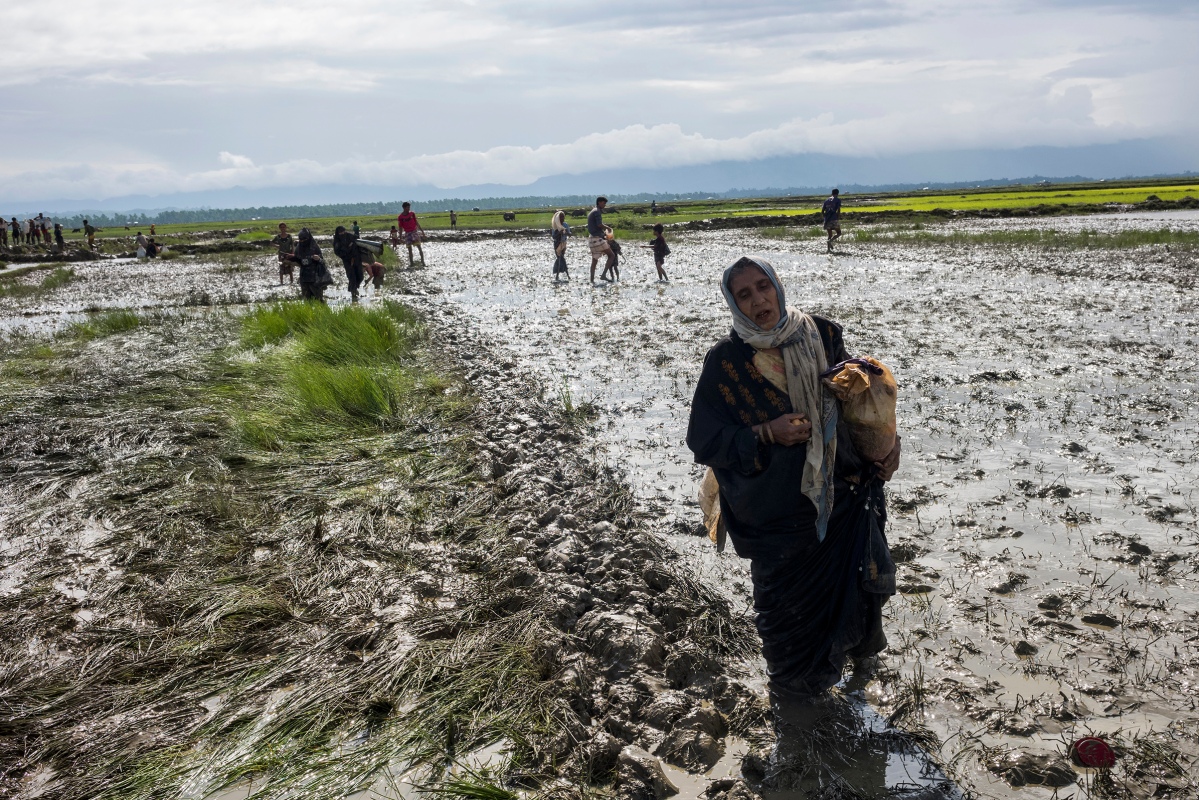 An elderly woman struggles to cross through a rice field and flooded land after crossing the border into Bangladesh, August 31, 2017. 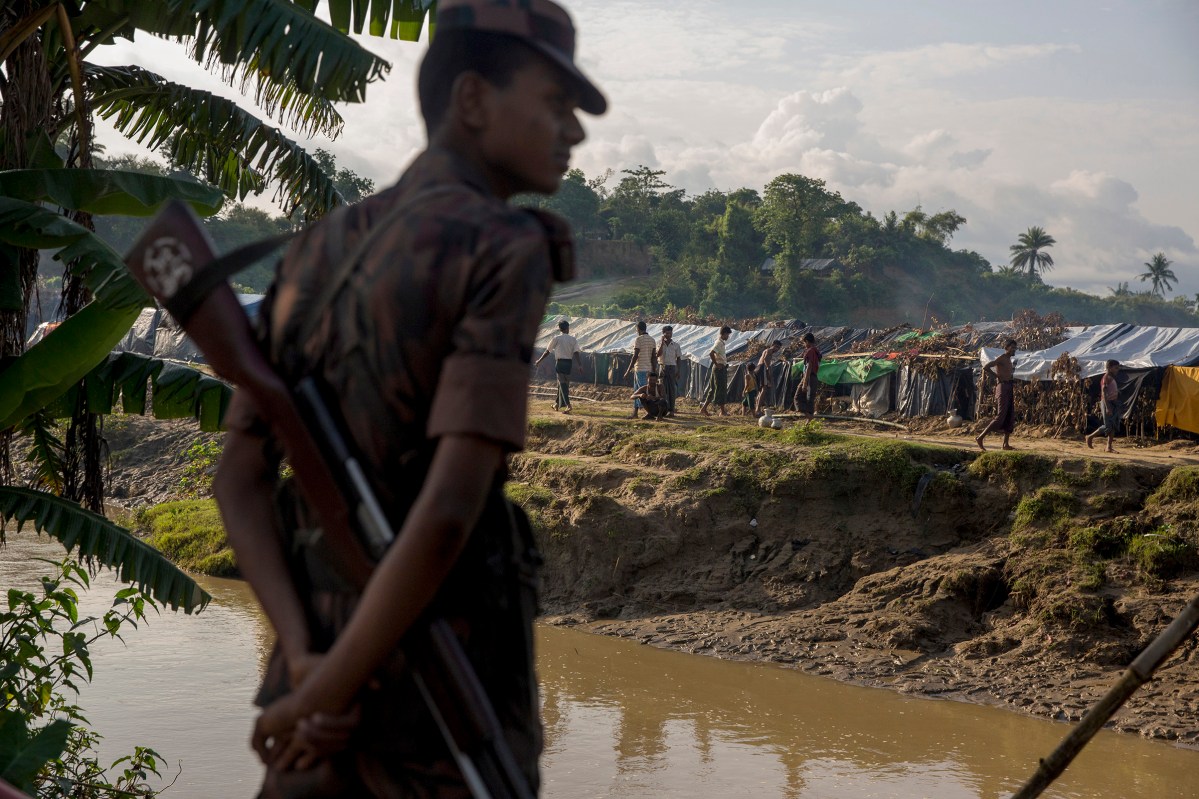 A border guard from Bangladesh watches over a group of several thousands Rohingya refugees in a no man’s land inside Bangladesh territory, close to the border with Myanmar. They only allow children to cross the river to collect food and water. September 1, 2017. 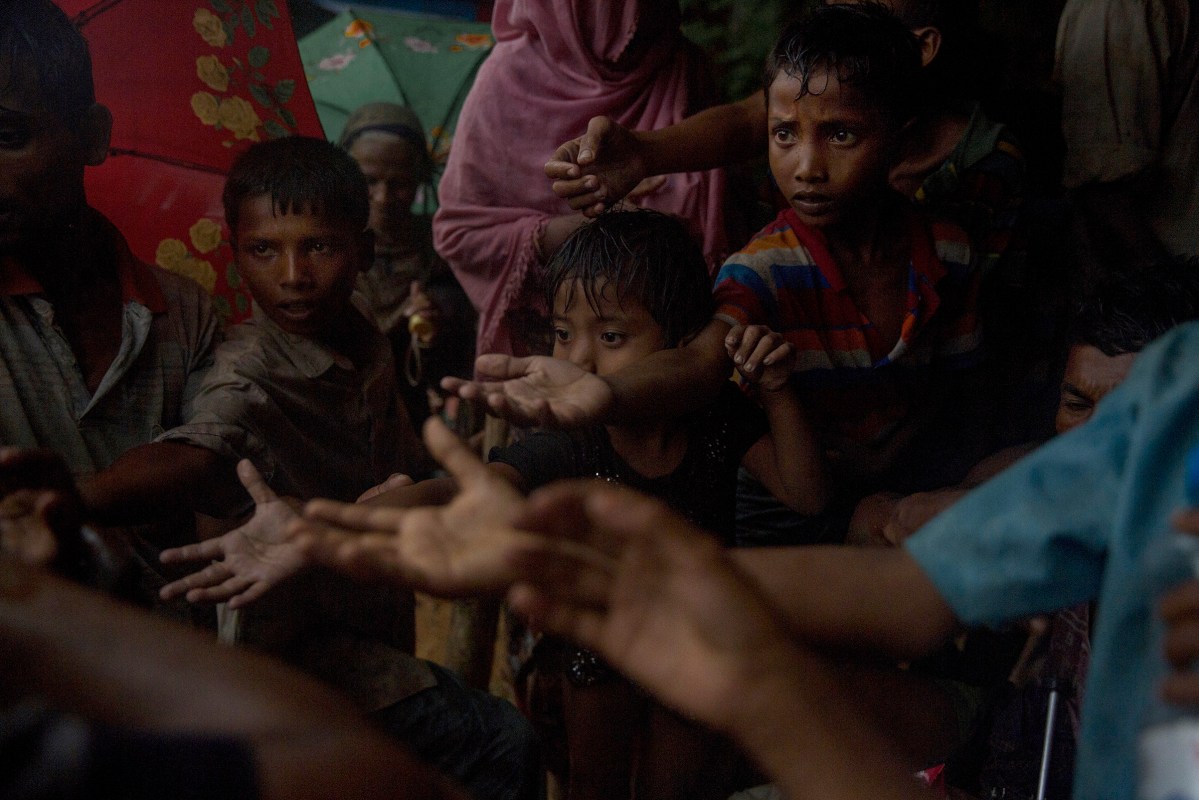 Biscuits are distributed to Rohingya refugee children in Kutupalong, August 31, 2017. 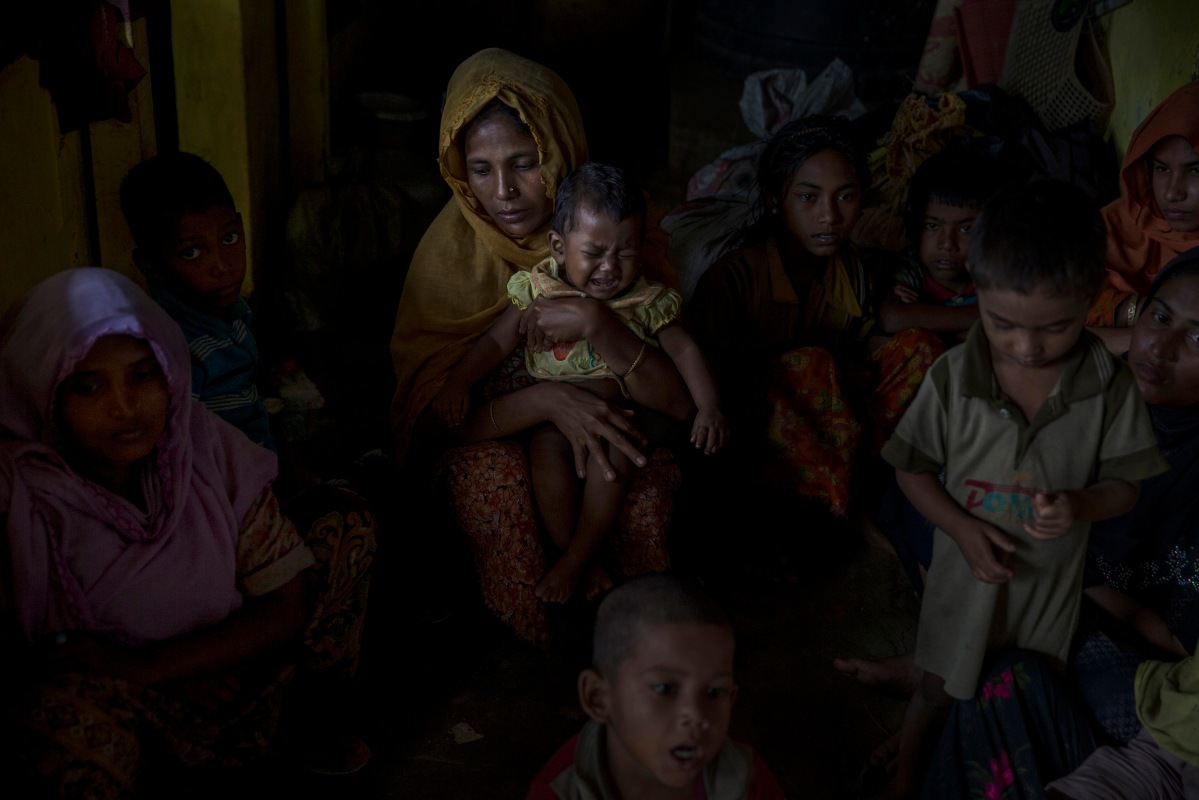 New Rohingya refugees rest in a school in the refugee camp of Kutupalong, Bangladesh, September 2, 2017. 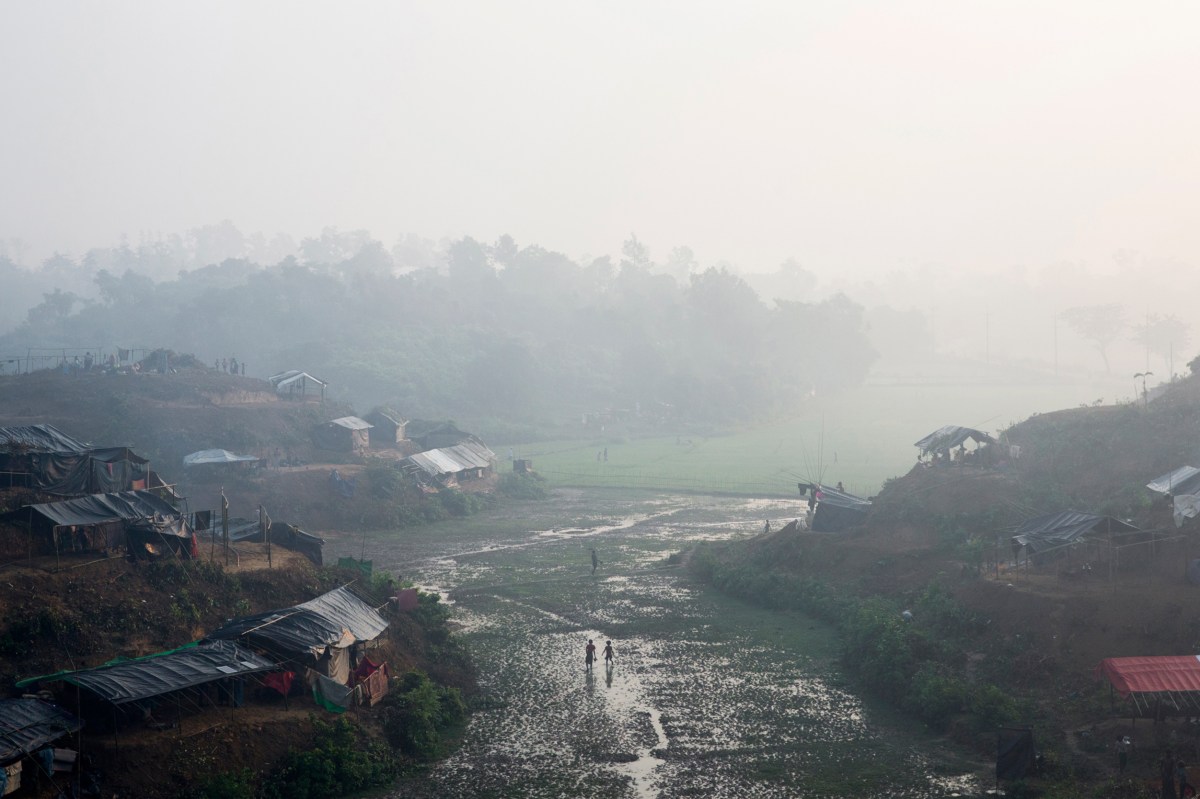 Refugees build their new huts on the outskirts of the older Balukhali camp that was set up after the last attack in October 2016.

Feliz Solomon is the desk editor for TIME based in Hong Kong.

William Daniels is a photographer based in Paris represented by Panos Pictures.