It’s an unprecedented match-up of familiar faces. The major-party presidential candidates, Hillary Clinton and Donald Trump, have spent decades in the public eye as key figures of American culture. Their portraits have covered magazines, newspapers and websites.

We asked some of the greatest portrait shooters who have photographed Donald Trump to scour their archives and select their favorite photographs from these one-on-one sessions.

Here are the stories, told by the photographers, behind these iconic portraits.—Tara Johnson, Chelsea Matiash and Paul Moakley. 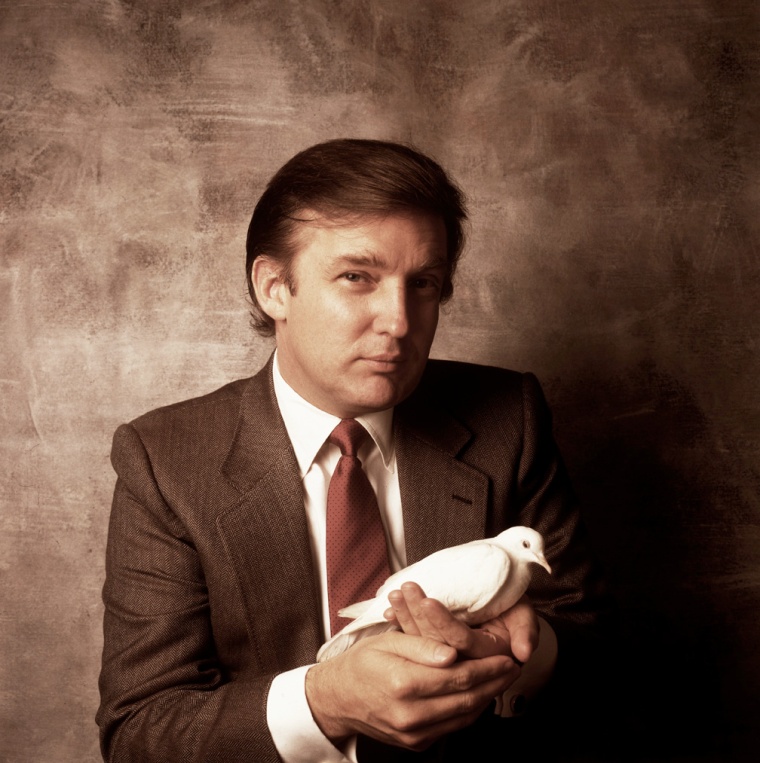 William Coupon, portrait photographer, who shot Trump in New York City for Manhattan,inc. in 1983: “I shot Donald Trump twice. This is my favorite. Trump was offering his services as a ‘peace negotiator’ between the Israelis and the Palestinians. We thought: get the bird, which proceeded to leave droppings behind. Trump was amenable enough, but not at all happy. But ultimately, it was that something in his eyes. His eyes. Not the bird’s.” 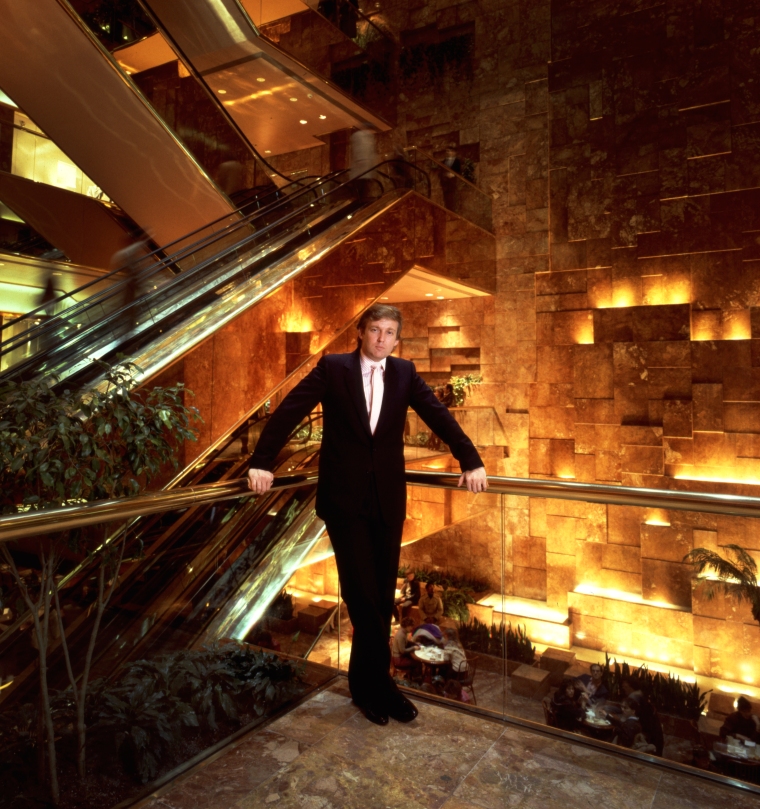 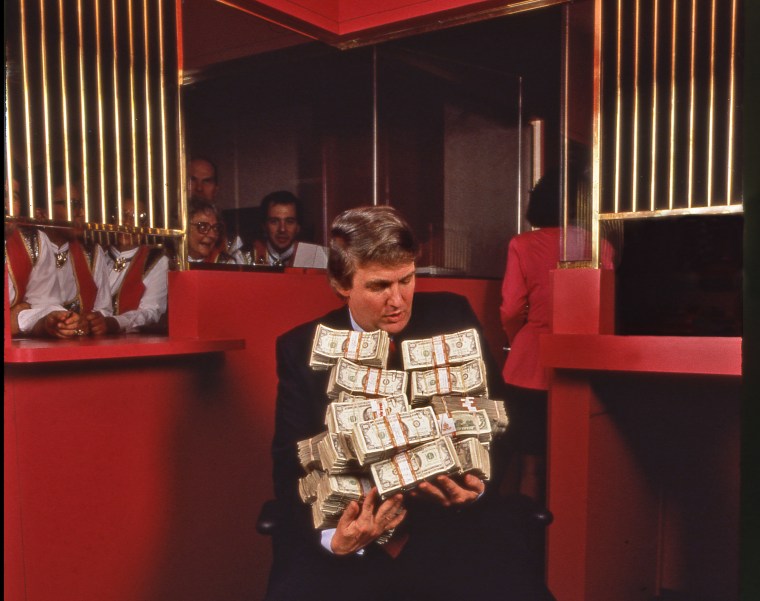 Harry Benson, photojournalist, who shot Trump in Atlantic City, N.J. for People in 1990: “Shortly after the Taj Mahal opened in Atlantic City in 1990, I was there to photograph Donald Trump. He told me there was over a million dollars in the ‘cage’ in the casino where the money is kept. I told him I had never seen a million dollars. Donald proceeded to walk right in and pick up exactly a million dollars to hold for the photograph which caused quite a stir as it was totally against the rules of the casino. When some of the money started to fall off his lap, I found it was the most interesting photograph of the day.” 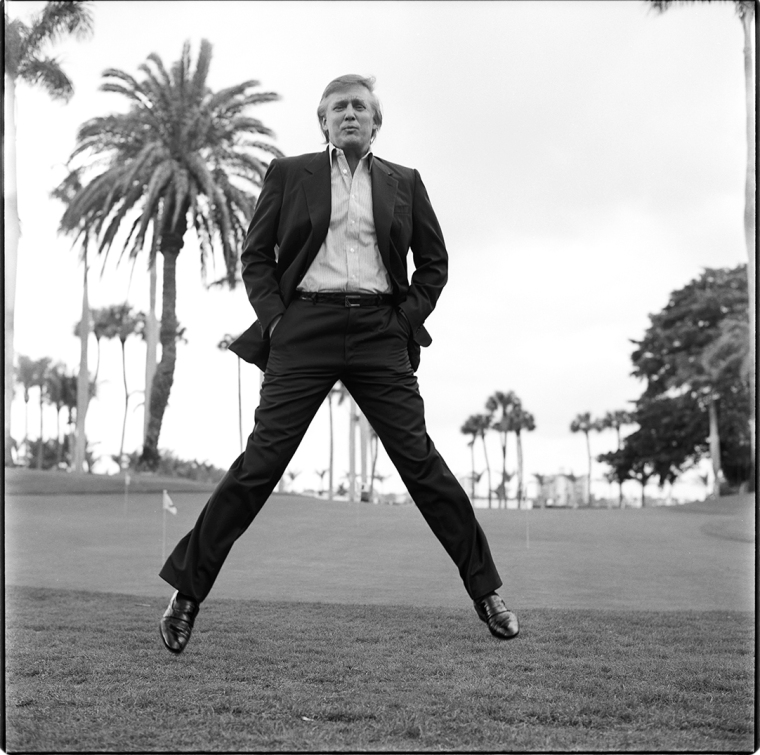 Max Vadukul, portrait photographer, who shot Trump at Mar-a Largo, Fla., for The New Yorker on May 19, 1997: “This is one of many ‘air’ shots I did with Mr. Trump. There is a lot going in this image, it’s complicated, sophisticated and strong in its power. I had shown Mr. Trump exactly what I wanted and he had that look that says, ‘Oh I can do better than that.’ And after just one effort – because it’s a big effort physically to do this for 12 frames – he totally nailed it and went even further. What I like about this image, which is now an iconic shot, is the attitude, the elegance, the confidence. Of course, I did not know him at all at that time, but the personality came thru and today he is running for President. This image says a lot.”

Tomo Muscionico, photographer, who shot Trump in New York City for Spiegel in September 1999: “Looking back, I think it’s a powerful portrait of a mogul whose body language shows his privilege, sexuality and arrogance. This subtle moment with him in a limousine says it all.” 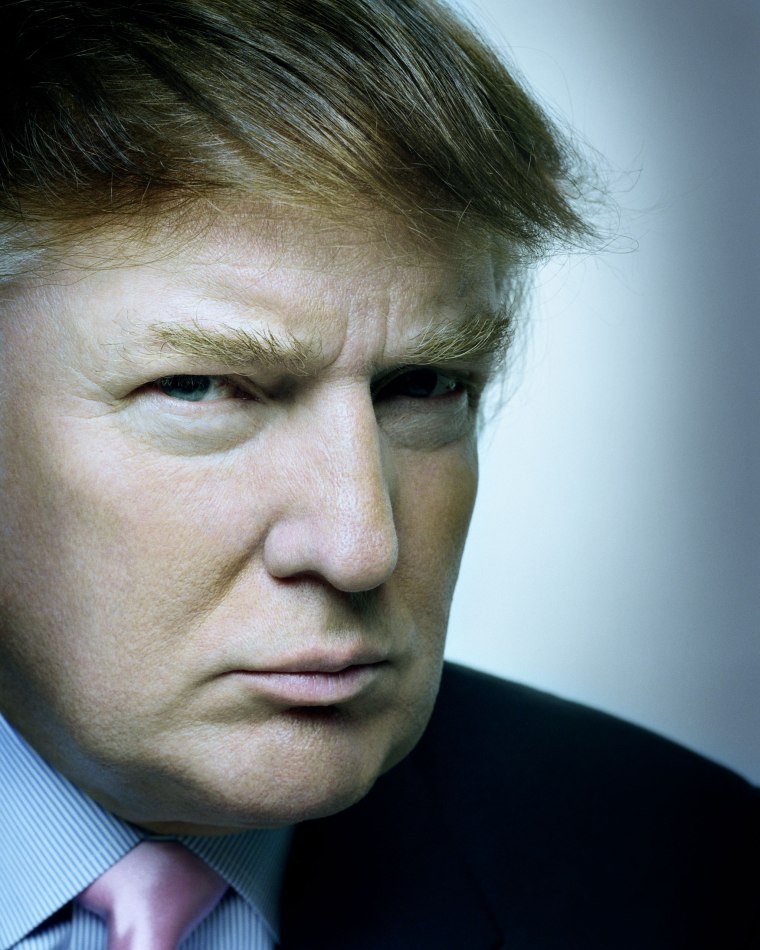 Platon, photographer, who shot Trump in New York for Fortune on August 21, 2003: “I photographed Mr. Trump at Trump Tower in Manhattan. It was a cathedral of gaudy, post-modern excess. I asked him to look straight into the camera, trying to get his head as symmetrical as possible. With a glint in his eye, he looked at me and said, ‘No – this is my best side.’ He turned to his right cheek, as if to present me with Trump Inc. on his terms. I thought about this moment many times since the picture, and for me, it says something fascinating about the character of this extraordinary, disrupting figure. For me, he understands the media. He’s comfortable within his own skin. He’s happy to play with the process of photography and film, and consequently is able to project his own brand of authenticity. I believe he has singlehandedly transformed the political and media landscape this year. Our presidential election has essentially been turned into a reality TV show. All media pundits and political opponents have been forced to play on Donald’s terms.”