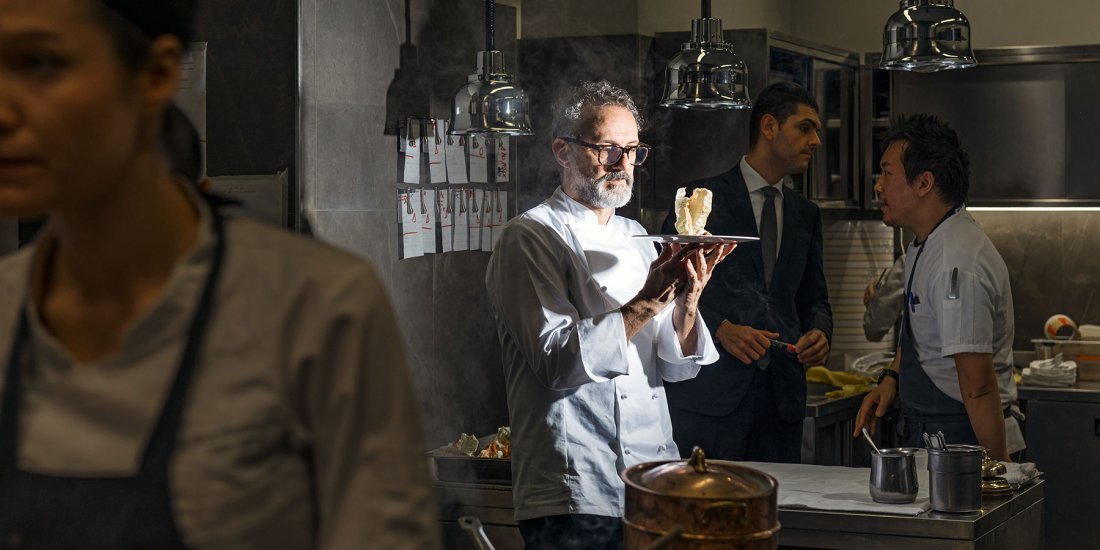 When Massimo Bottura and I are together, we feel like we can do anything in the world. We met when I was in Modena, Italy. A friend connected us, and I asked if I could get into his restaurant, Osteria Francescana. I didn’t realize it had just been named the best restaurant in the world. I ended up celebrating with him. We connected.

Soon after, Massimo started opening community kitchens. His goal was to serve creative meals—similar to the ones you might find in his restaurants—to those in need, using food that would otherwise go to waste. He organized the first one himself and then encouraged other chefs and artists to join him. He helped me start one in Paris. In one day, we persuaded the Church of La Madeleine to lend us the space in their basement; Massimo has the power of convincing.

We recently celebrated the one-year anniversary of the Refettorio Paris, and it has evolved so much. Every night, we have thousands of people who want to fill 20 volunteer spots. We have served many refugees and homeless people. It’s really a place where you come and we treat you like anyone else, with respect and dignity. It’s a cultural project.

But this is just the beginning. Massimo is reinventing the way that things are done and making it exciting to help people. In the future, there could be thousands of refettorios. I am working with him to try to make that happen.

JR is an artist and photographer