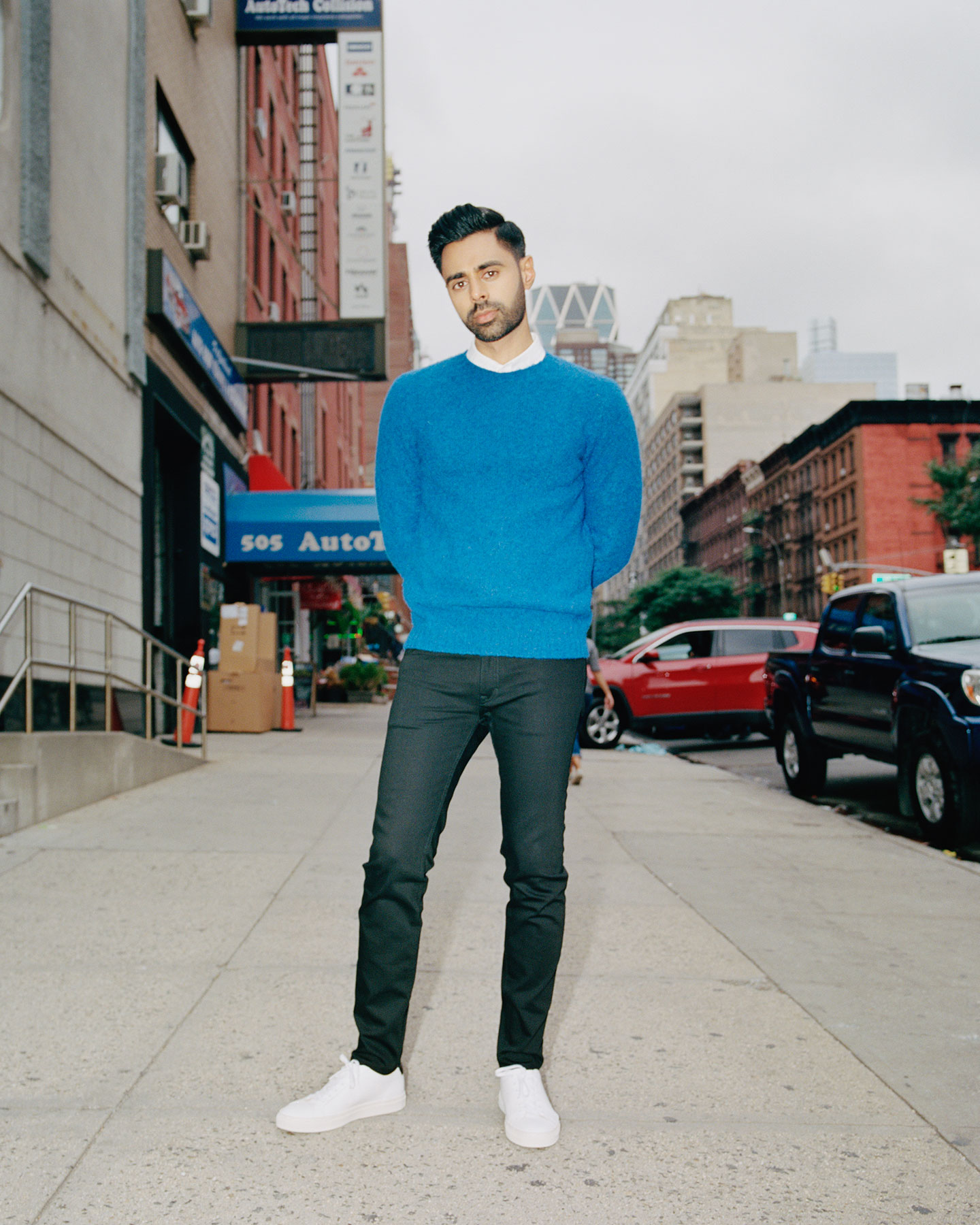 When I first met Hasan Minhaj in 2014, we had just been hired to work together at The Daily Show with Jon Stewart. We were both fresh-faced kids trying to find our voice in the fast-paced world of late-night television. Fast-forward five years later, Hasan is still as fresh-faced as ever, but his voice booms across screens around the world, thanks to his groundbreaking Netflix show Patriot Act with Hasan Minhaj.

After hosting the White House Correspondents’ Dinner and releasing his stand-up special Hasan Minhaj: Homecoming King in 2017, the opportunity for a late-night show of his own wasn’t just obvious, it was necessary. We’ve needed Hasan’s voice since Donald Trump came down that golden escalator and turned immigrants and Muslims into his targets.

See, Hasan is a first-generation, Indian-American Muslim. But Hasan also loves the NBA, struggles with a “crippling” sneaker habit and speaks fluent hip-hop. Patriot Act is the manifestation of Hasan’s whip-smart commentary, charisma and sincerity. It’s also a consistent reminder that Hasan is America. And America is Hasan.

Hasan Minhaj was part of TIME’s 2018 Next Generation Leaders series.