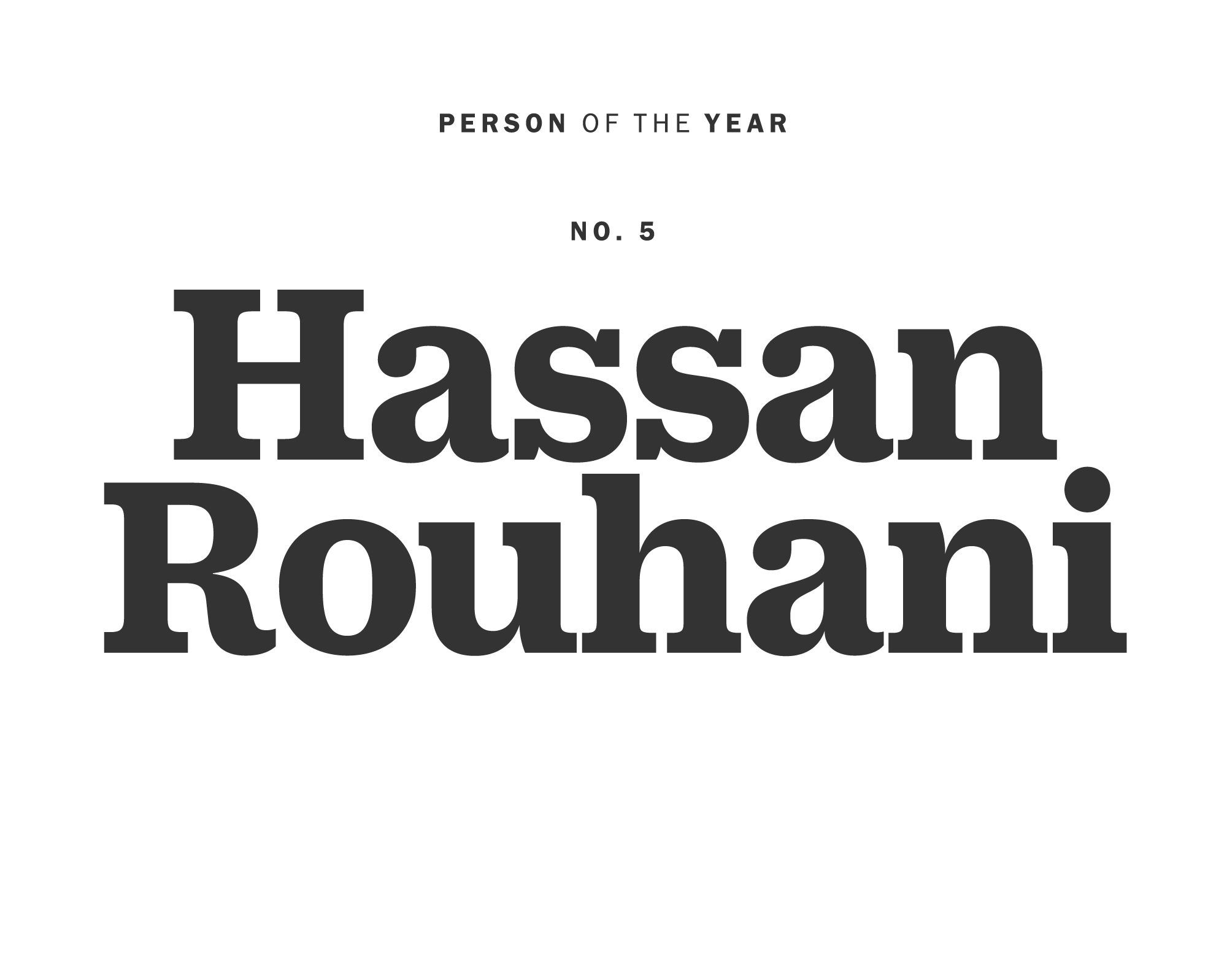 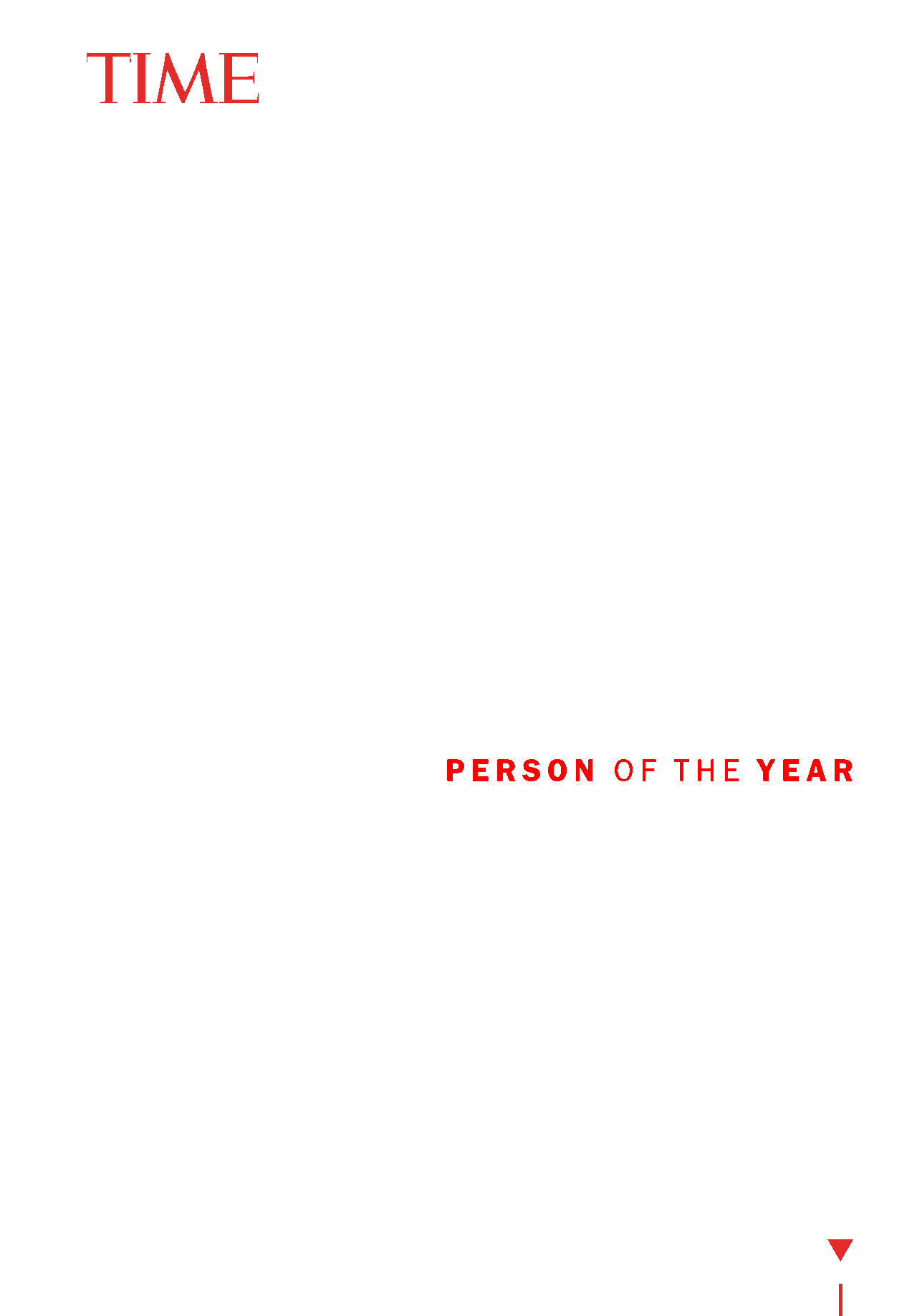 It is not easy to be a moderate politician in Iran. Every day is a somersault through flaming rhetorical hoops. Here, for example, is Iran’s President Hassan Rouhani, responding in November to a question from an Italian newspaper about the possibility of establishing formal diplomatic relations with the U.S.: “One day these embassies will reopen, but what counts is behavior, and the Americans hold the key to this,” he said. “If they modify their policies, correct errors committed in these 37 years and apologize to the Iranian people, the situation will change and good things can happen.”

This is what passes for a wildly pro-American statement in Iran these days, even though many Americans will hear only the laundry list of conditions the U.S. would have to meet to deserve the recognition of the Islamic Republic. But still: one might even call this statement courageous—it’s one of a series Rouhani made in October and November directly challenging the power and worldview of Iran’s hard-line regime. This sort of public behavior is unprecedented; the last reform President of Iran, Mohammed Khatami, who left office in 2005, wilted in the face of pressure from the hard-liners. He never took them on publicly.

Rouhani is not exactly a counterrevolutionary; he is a long-standing member of Supreme Leader Ali Khamenei’s inner circle. But he has emerged this year as a historic figure, perhaps the harbinger of a new political calculus within Iran—a significant step toward normalization, both within the country and in its dealings with the rest of the world.

The idea that “good things can happen” between the U.S. and Iran has been anathema to the religious and military leadership of the Islamic Republic since the Shah was deposed in 1979. The U.S. embassy in Tehran was the site of the infamous hostage siege of 1979–81, for which—speaking of grievances—Iran never apologized. The building was later reopened as a museum of the Great Satan (or, more familiarly, “the Den of Thieves”), replete with official graffiti, some hilarious, like this one: on the day the great satan praises us, we shall mourn.

Praise from the Great Satan has long been an unstated fear of Khamenei and his religious military, the Islamic Revolutionary Guards Corps (IRGC). Khamenei’s problem is that revolutionary fervor fades; it’s difficult to sustain fanaticism for decades and even more difficult to rationalize oppression. A mortal enemy was needed to maintain the pretense that Iran was under siege, about to be overtaken by the same clandestine Western forces that overthrew the elected government of Mohammed Mossadegh in 1953. But the threat came to seem threadbare over time, as satellite dishes sprouted on the rooftops of Tehran and throughout the countryside. The idea of a Great Satan seemed as plausible as the Great Pumpkin to a young generation of Iranians, perhaps the most sophisticated people in the Middle East outside of Israel, who gorge on Adele and The Walking Dead and Star Wars. The Islamic revolution has slowly been corroded by the information revolution—and it has been suffocated by intense economic sanctions over the country’s nuclear program, imposed not just by the Great Satan but also by countries traditionally friendly to Iran, like Russia and China. The Iranian public’s impatience with this state of affairs was made apparent in the presidential election of 2013, when Rouhani—the most moderate of a handpicked field of candidates—won in a landslide.

Rouhani’s victory forced the Supreme Leader to make a huge concession, to agree, finally, to negotiations with the international community over Iran’s nuclear program, a tacit acknowledgment that Iran had violated the spirit of the Nuclear Non-Proliferation Treaty, which it signed in 1968. Rouhani was allowed to proceed with the talks because he was considered reliable. He was close to Khamenei, a lifelong regime activist and former national-security chief who had been arrested many times during the Shah’s reign. His negotiating team, led by Foreign Minister Mohammad Javad Zarif, had to thread a needle—come up with an agreement that both the U.S. and the Iranian military could live with. They bargained tough, and on July 14 a Joint Comprehensive Plan of Action was negotiated to dispose of 98% of Iran’s enriched uranium, dismantle 75% of the centrifuges that had spun the material, close the country’s heavy-water nuclear reactor and open its other nuclear facilities to inspection. In return, the sanctions would be lifted and Iran would slowly begin to breathe again—but only after all those and other conditions had been met, which they are likely to be in early 2016.

The American reaction to the nuclear deal was mostly negative, according to public-opinion polls. Neoconservative Republicans were appalled—the deal left Iran with the capability to enrich uranium to a low grade (which is its right under the Non-Proliferation Treaty). Some, like Senator Marco Rubio, threatened to “tear up” the deal on their first day in office. Israeli Prime Minister Benjamin Netanyahu tried to make opposition to the deal into a litmus test for American support for Israel (although most of Israel’s military and intelligence community seemed ready to accept it, if warily). The furor has died down in the months since Congress failed to block the deal—the terrorist depredations of ISIS have emerged as a clear and present danger, and Iran has taken a backseat as an international threat. Even Netanyahu has gone to ground.

But a strange thing has happened within Iran since the deal was consummated: a formerly secret arm of the IRGC—the Intelligence Office—has suddenly emerged as a domestic force and is arresting journalists, artists, writers and musicians, as well as Iranian-American businessmen. A Washington Post reporter, Jason Rezaian, was convicted of unspecified charges in October and has spent more than 500 days in jail.

These sorts of arrests are nothing new. What is new is that the President of Iran, Hassan Rouhani—the Supreme Leader’s guy—has opposed them publicly. The long-term rift between reformers and hard-liners in Iran has once again gone public—but this time the military regime seems to have lost its monopoly on power. Unlike Mir-Hossein Mousavi, the Green Movement leader who “lost” the rigged 2009 election to Mahmoud Ahmadinejad, Rouhani has not been placed under house arrest. He is directly criticizing the actions of the Revolutionary Guards, forcing the IRGC to respond with a public explanation for its brutality.

In November, an IRGC spokesman tried to sell the notion that the arrests were necessary because a secret U.S.- and Britain-inspired “infiltration group” had been discovered with a plan “[to] soften the image of America, raise the issue of human rights and prepare the ground for America’s official presence in Iran.” Rouhani chose to publicly confront this claim—in a video posted on his Instagram page. “We should not senselessly go after one person or two people, and take them from here or there, and say this is linked to infiltration and make this a big case in the country.” More recently, he has spoken against the regime’s control of television and many newspapers. “If we look at the headlines in some media we will know who will be arrested tomorrow, who will be shut down tomorrow and who is fair game for slander.”

It is unprecedented for the President of Iran to accuse the state of “slander.” And it begs a larger question: Now that the Islamic Republic has successfully negotiated with the Great Satan, is Iran’s “revolutionary” era coming to a close? No doubt the religious hard-liners, and their police henchmen, will want to continue their oppressive ways—but the government has been slowly giving ground on freedom of expression, and Rouhani’s recent statements indicate a new level of political candor in the run-up to crucial parliamentary elections in February.

This may be a sign of even more profound changes in Iran’s secretive hierarchy. There are new geo-strategic realities in the Middle East, where chaos is metastasizing. The old straight-line national borders are crumbling. Longtime power players—Saddam Hussein, Muammar Gaddafi—have been deposed. Egypt has been crippled by the Arab Spring and the crackdown that followed. Saudi Arabia’s kingdom is rattled by generational change. Iran has become, almost by default, the most stable country in the Middle East. The other candidates, Turkey and Israel, have Kurds and Palestinians to provide domestic roil. Iran is also, and crucially, the protector of the region’s Shi‘ites, who represent only 13% of Islam but seem to have an uncanny ability to position themselves atop fossil fuels. Even in Saudi Arabia, Shi‘ites are a majority of the population in the Eastern province, where most of the Saudi oil sits.

The Sunni-Shi‘ite divide has supplanted the old East-West conflict as Iran’s most immediate threat. A proxy war is being fought between Sunni and Shi‘ite armies on two fronts, in Syria and Yemen. And while the Iranian hard-liners still see the U.S. as a quiet ally of the Saudis and Gulf states, the successful nuclear negotiations—which Saudi Arabia opposed—and the Western war against ISIS may be causing some second thoughts among the Revolutionary Guards leadership about who Iran’s real enemies are.

In October, Foreign Minister Zarif told a New York audience that the biggest news in Iran was “public outrage” over the Saudis’ failure to return the bodies of most of the 464 Shi‘ite pilgrims (an Iranian estimate) who were trampled to death in Mecca during the hajj. This was due, in part, to a fundamental clash of religious values—Shi‘ites memorialize their dead; Sunnis don’t—but it is indicative of the growing tension between the two countries.

The nuclear talks have changed America’s calculus as well: Iran isn’t a friend, but it is no longer an outlaw state—at least so long as it abides by the agreement. It is also a tacit ally in the fight against America’s greatest strategic threat, Wahhabi-style Sunni terrorism. Iran has now been included in the diplomatic talks about Syria’s future—it wasn’t, before the nuclear agreement—and Zarif has even proposed a peace plan that assumes Bashar Assad’s imminent departure. The credibility of the plan is questionable so long as Iran’s Lebanon-based military surrogate, Hizballah, remains an integral part of Assad’s forces, but it does exist—and, according to U.S. diplomats, provides some basis for hope.

Rouhani’s power is limited. National security is not his brief. The economy is, and there he may be vulnerable: Iranians are expecting a boom as soon as the sanctions are lifted, which is highly unrealistic. For the moment, though, Rouhani is immensely popular—in a recent poll he was viewed favorably by 89% of Iranians. And it is possible that despite the crackdown, he is still the Supreme Leader’s man—that Khamenei and his military advisers have made the calculation that greater freedom for the Iranian people, and the support for the regime that will ensue, is necessary given the chaos and sectarian terrorism that lies just beyond Iran’s borders. That is not likely, given the history of the past 37 years, but—for the first time—it’s not entirely impossible either.