The photographer has a new book of images from the presidency

The first year of President Donald Trump’s Administration has brought changes for many Americans. For Pete Souza it has brought a total slowdown. No more lingering around the Oval Office or late nights in the Situation Room. “Nearly 1.5 million miles on Air Force One,” Souza writes in his new book, Obama: An Intimate Portrait. “All 50 states; more than 60 countries. Just shy of 2 million photographs over eight years.” 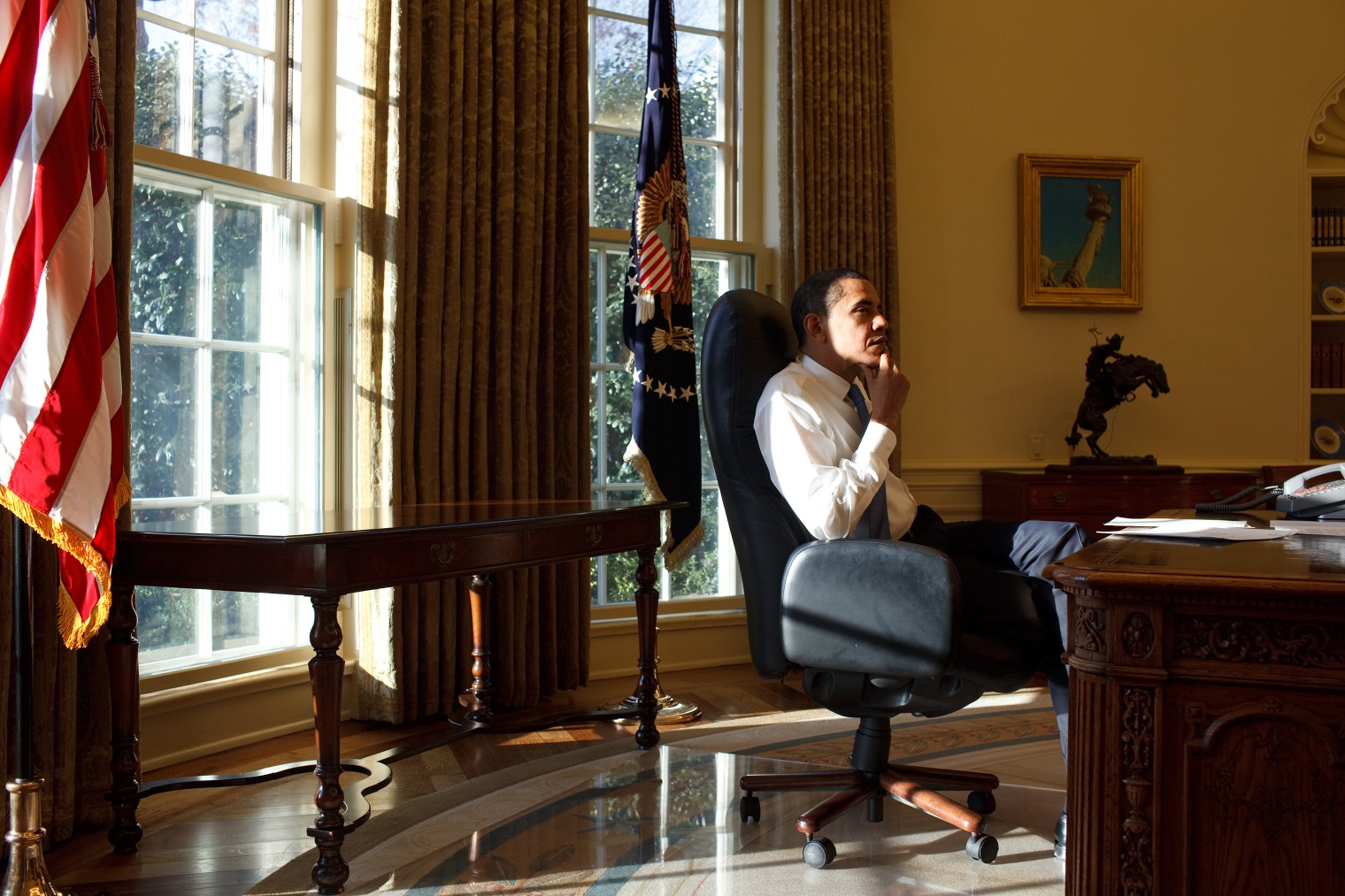 President Barack Obama in the Oval Office on his first day in office on Jan. 21, 2009. Pete Souza—The White House

The former White House photographer, who documented President Barack Obama for both terms, has assembled photos that range from the historic (the Administration watching the Osama bin Laden raid) to the deeply personal (the President coaching Sasha’s basketball team).

Plenty of Obama fans have already sought out these memories on Souza’s Instagram account, where shots are often posted in razor-sharp contrast with the events of the Trump Administration. His feed has become a sort of visual resistance and a crash course on satire. In February, when it became clear that Trump’s advisers were predominantly male, Souza posted a waist-down photo of Obama with three advisers—all wearing skirts. “Meeting with top advisers,” he wrote. “This is a full-frame picture. I guess you’d say I was trying to make a point.” In September, after the nickname-prone Trump dubbed Kim Jong Un “Rocket Man” during a standoff over North Korea’s nuclear arsenal, Souza posted a photograph of Elton John in the Oval Office. Caption: “There’s only one Rocket Man, here meeting with President Obama in 2015.”

“You know, I think I’m a pretty funny guy. What can I say?” Souza says in conversation with TIME. But he’s reluctant to talk about the posts. Asked about his motives, he demurs: “I like to let people draw their own conclusions.”
The extraordinary level of access kept Souza on the job for all eight years. “The book is chronological, but when I do my public presentations, I do it sectionally,” he says. “I have one section that I just call Interactions, and it’s him interacting with different people, whether it was fist-bumping a janitor or meeting with Pope Francis. I think that’s when you really see what a person is like.” 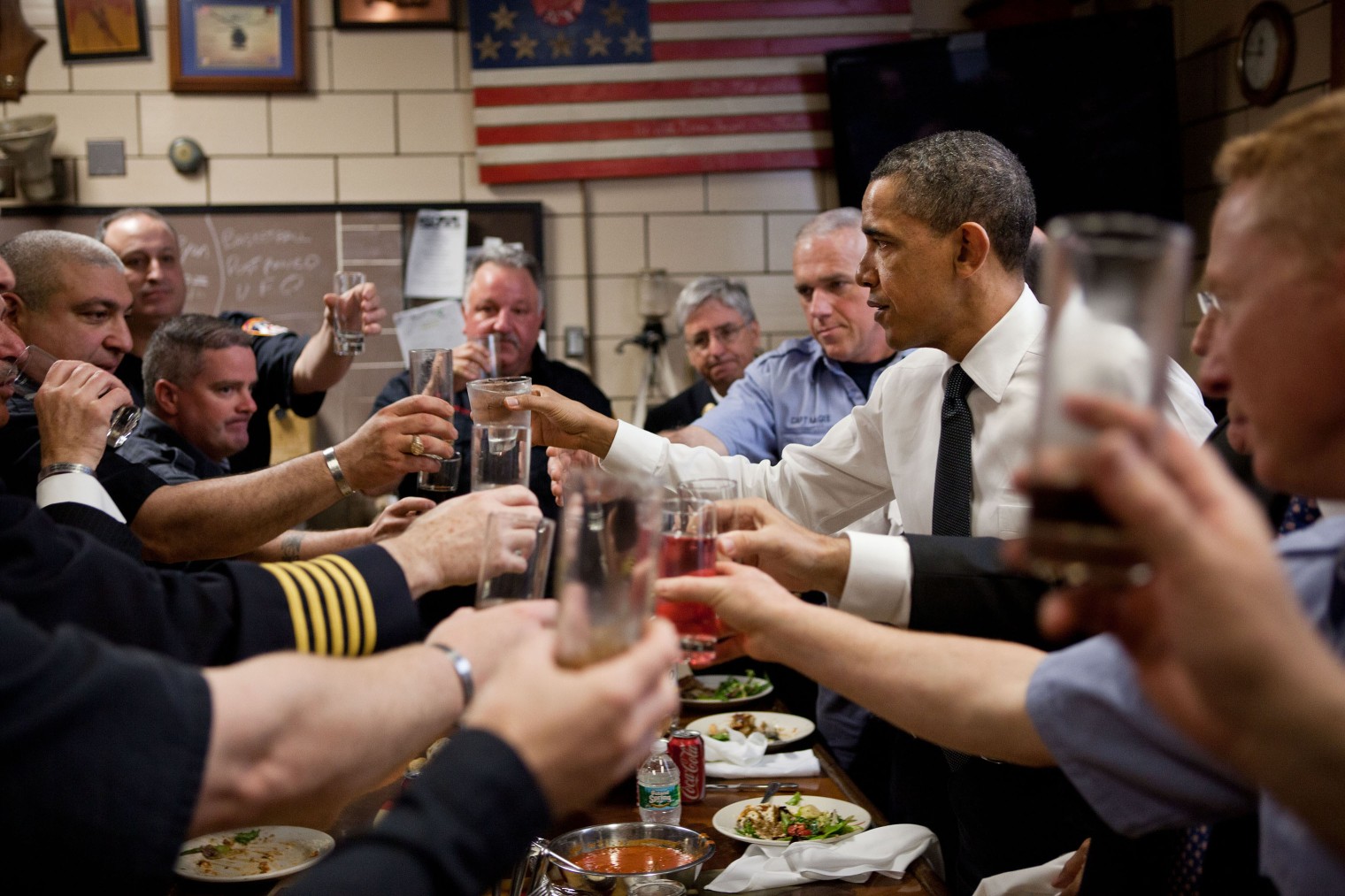 President Obama and firefighters toast during a lunch at Engine 54, Ladder 4, Battalion 9 Firehouse, that lost 15 firefighters on 9/11, in New York, on May 5, 2011. Pete Souza—The White House

Although Souza jokes in the introduction that he probably got on Obama’s nerves, it’s clear that the President revered Souza. Obama famously insisted that Souza hold his wedding in the Rose Garden, but his role in the nuptials went even further than that; as Souza recounts, Obama convinced him to propose in the first place. “I’d been together with my wife for a very long time. I think at that point it was, like, 17 years,” he says. “We were sitting around the conference room one day and he just started badgering me about why wouldn’t I get married. And he goes, ‘Why don’t you ask her to marry you, and then we’ll have the wedding in the Rose Garden?’”

Souza and his wife followed up Obama’s exit with a much-needed vacation on a music cruise headlined by their friend Brandi Carlile, and he’s spent much of this year editing the book. “I think next year will be the year that I start really doing new photography, and I’m still trying to figure that out.” 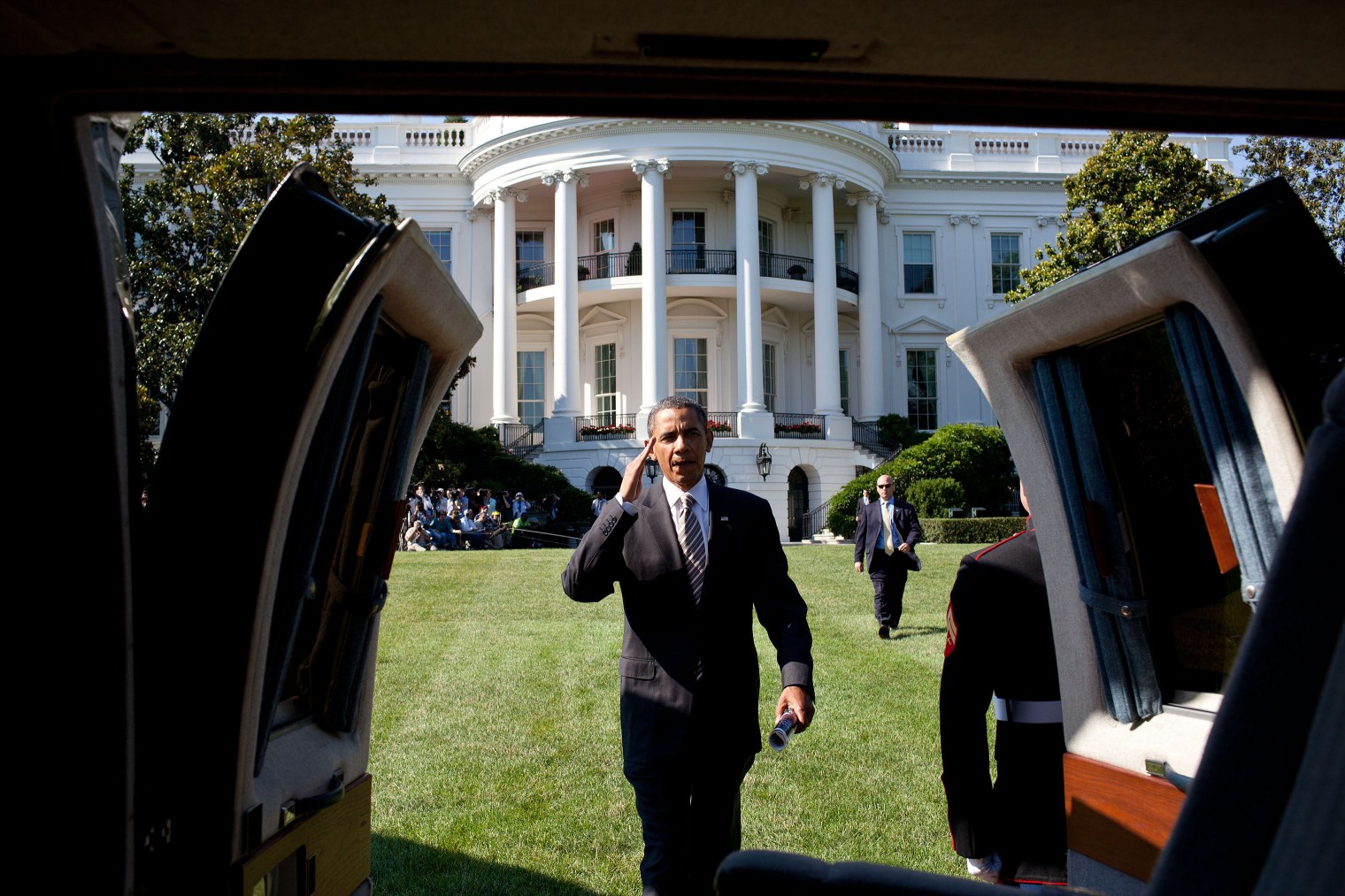 President Obama boards Marine One on the South Lawn of the White House, on July 1, 2011. Pete Souza—The White House 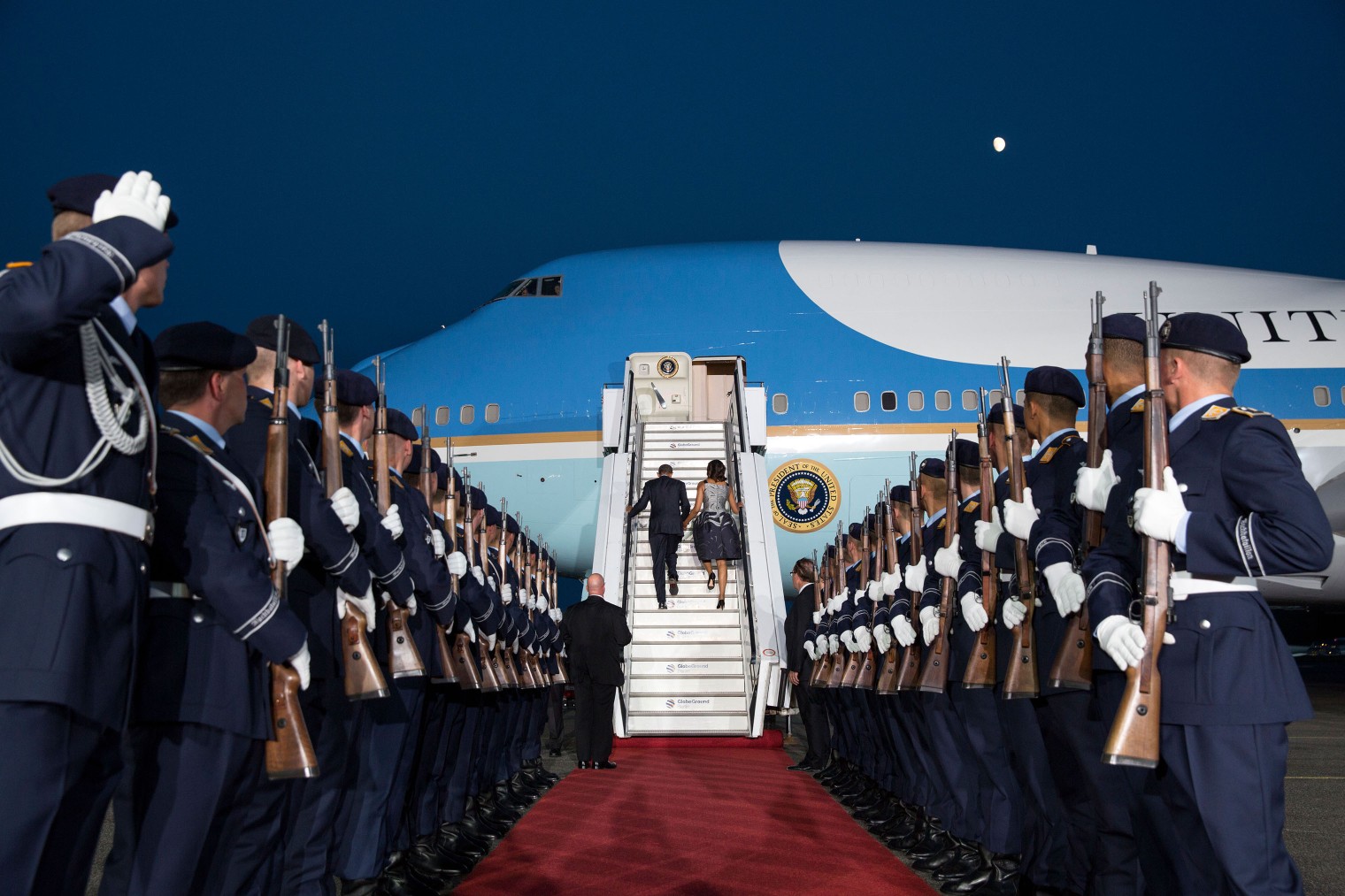