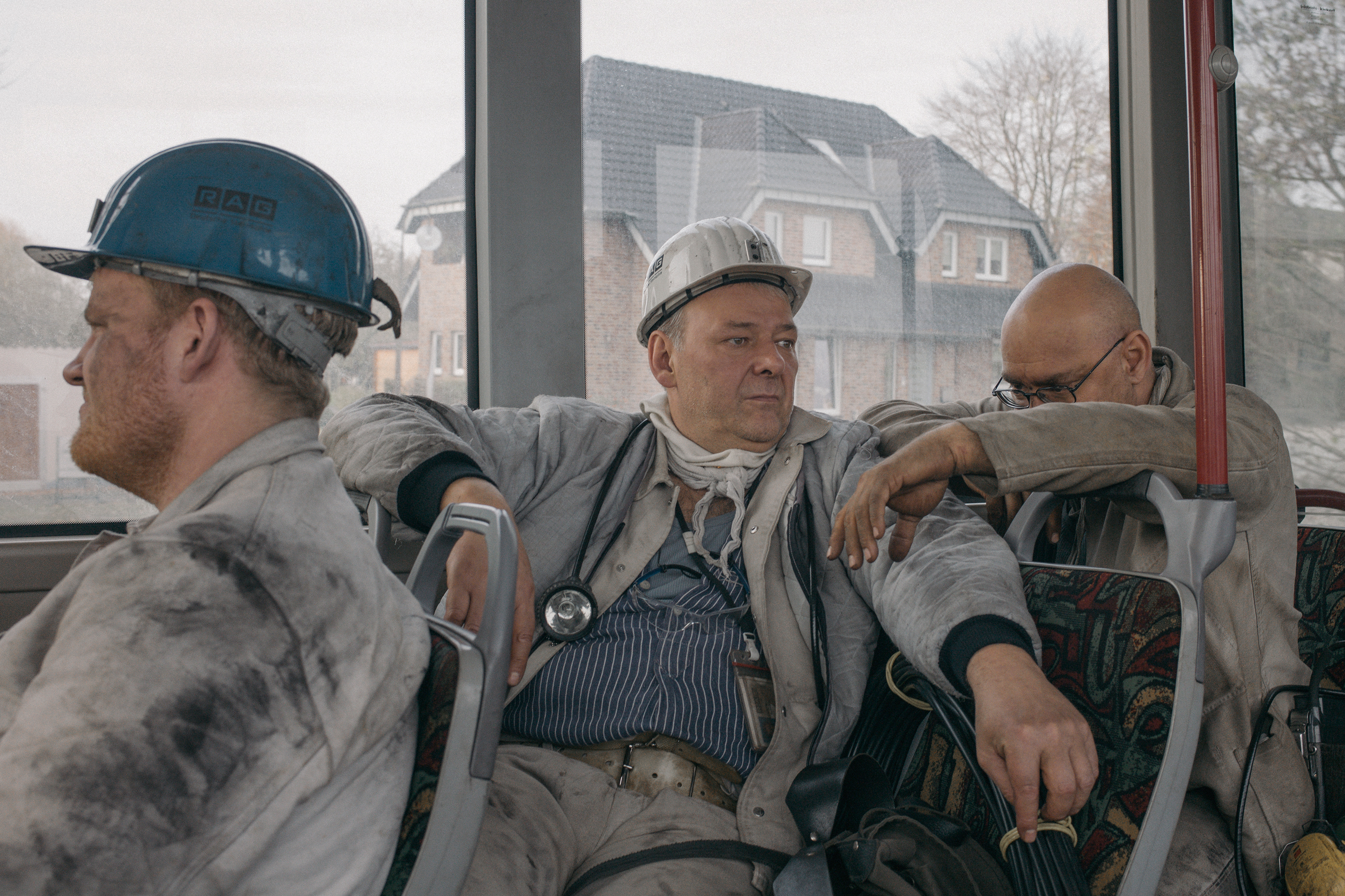 After an eight-hour shift, miners are transported to the baths to clean up in November 2017. The Prosper-Haniel mine in western Bottrop will be officially closed on Dec. 21.
Nanna Heitmann

It's Lights Out at Germany's Last Coal Mine

Coal was once the lifeblood of Germany’s economy, providing energy, jobs and a way of life for hundreds of thousands of people. But on Dec. 21, that era — which began during the industrial revolution and peaked in the 1950s — officially comes to an end, as the country’s last black coal mine is sealed up for good.

The move is an economic necessity. For decades, the mines have been dependent on billions of dollars in government subsidies, because German black coal is unable to compete with cheaper imports from outside of Europe. It costs, on average, three times as much to extract a ton of coal in Germany than to import it.

Since it first opened 155 years ago, the Prosper-Haniel mine has produced more than 300 million tons of coal.
Nanna Heitmann
Miners' workwear dries and airs out while hanging from cages, pulled up to the ceiling by chains, in December 2017.
Nanna Heitmann

Mines closures have been happening since the 1980s and were once met with mass protests by workers. Now, though, the remaining 1,500 miners at the Prosper-Haniel mine in the town of Bottrop have accepted their industry’s fate, says Hanover-based photographer Nanna Heitmann, who spent two years documenting the site. “Many of them have worked at other mines that closed before coming here, so they’ve always known it was coming,” she says.

Nevertheless, some feel frustrated by the closure of Prosper-Haniel, which has produced over 300 million tons of coal since it opened 155 years ago.

Mike Pallenberg, a supervisor, in February; an old pit lamp, designed to operate in air that may contain ​dust​ or gas.
Nanna Heitmann

Ending black coal production may appear essential to helping Germany achieve its ambitious emissions target of being “climate neutral” by 2050, but the country’s reliance on coal is far from over. It still accounts for 14% of national electricity production.

Germany is already the world’s sixth biggest importer of coal. And critics of ending mining say it simply makes the country dependent on imports from countries with lower environmental regulations and worse labor conditions.

Others point out that the continued mining of lignite (brown coal), which has very high carbon emissions when burned, makes real progress on pollution impossible. The government admitted this year that Germany will widely miss its target of cutting carbon emissions by 40% by 2020.

“Some miners I spoke to wonder: why are lignite mines allowed to stay open, but they’re losing their work and their culture?” Heitmann says.

Germany is the world's sixth largest importer of coal; critics of the end of mining say it makes the country dependent on imports from countries with lower environmental regulations and worse labor conditions.
Nanna Heitmann

From the early 20th century, German miners lived in purpose-built communities designed to be a respite from the dangerous and dirty work below ground. These featured community swimming pools, well-tended gardens, pigeon huts and pubs.

“Everyone knew that if your buddy wasn’t at home, he was either in the pub drinking or down the mine,” Heitmann says. The communities were diverse, with an urgent drive to build up the workforce in the 1950s recruiting foreign workers, particularly from Turkey and Italy.

Guards of honor at a traditional gathering some 800 former miners in September 2017.
Nanna Heitmann

But life in the mines was always tough. Heitmann met many older workers marked by decades of hard labor, suffering from broken knees, herniated discs and black lung. Alfons, an elderly former miner she photographed, suffers from silicosis, an inflammation of the lungs caused by breathing in harmful dust over many years.

He now receives compensation from a miners’ insurance scheme, according to Heitmann. “He still loves mining and he never complained that [his silicosis] was the fault of the mine,” she says. “He still reminisces about the shafts and how he and his friends would drink together after work. And he’d still come to the community meetings.”

Younger miners at Prosper-Haniel have been offered rehabilitation courses, to help them find new lines of work. Unemployment in the wider Bottrop region is fairly low at 6.4% (though still twice Germany’s national average) and the government says it is well-prepared for the mine’s closure.

In 2007, the government announced it would close its then-eight remaining black coal mines. But local authorities say they saw the move coming long before that, with a city spokesman telling Deutsche Welle they have spent decades attracting small and medium businesses to the town of 120,000.

Children of Polish migrant workers play in an abandoned mining settlement in Gladbeck, not far from the mine.
Nanna Heitmann

Those over the age of 49 can take early retirement, which is not a prospect everyone relishes, Heitmann says. “Some of them wonder, what will I do?” she says. They have friends who have stopped working and now start their days by drinking whiskey; they wonder if they will end up the same way without work.

For most Germans, though, there’s little to mourn about the death of an industry whose heyday they can hardly remember. “My father said his family used to heat with coal, and I couldn’t even imagine it,” Heitmann says. “For the younger generation, if you don’t come from a coal-mining area, it’s like a different country.”

Cin, a Turkish miner, washes coal dust from his face after a night shift in December 2017.
Nanna Heitmann
More Must-Read Stories From TIME