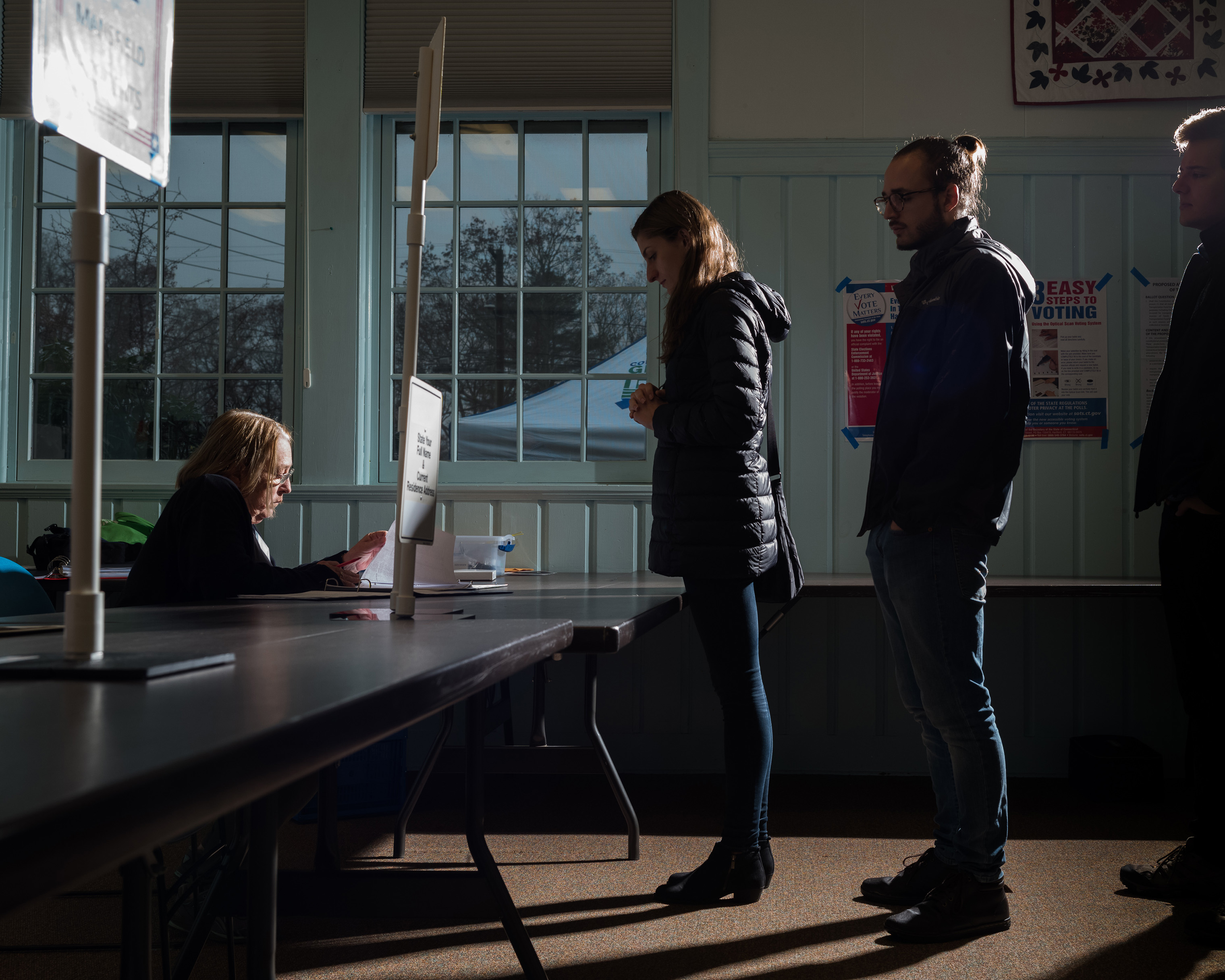 Here's What Election Day 2018 Looked Like Around the Country

Scattered reports of long lines, bad weather and faulty voting machines are not keeping voters from exercising their civic duty
By Gina Martinez and Kim Bubello

After weeks of campaigning and buildup, Election Day 2018 has come and gone. After a record-breaking 36 million people took advantage of early voting, tens of millions across the country headed to the polls on Tuesday to cast their ballots in races that determined control of the House, the Senate and several key governor’s mansions, including in Georgia, Florida and Ohio.

Scattered reports of long lines, bad weather and faulty voting machines did not keep voters from exercising their civic duty. While midterm elections tend to have lower turnout than presidential election years, millions streamed to the polls Tuesday in an election many deemed a referendum on President Donald Trump and his agenda. Here is what Election Day 2018 looked like in America.

Members of Women on the Move confirm registration and polling precincts with callers at the Urban League of Greater Columbus in Columbus, Ga. on election day, Nov. 6, 2018.
Gabriella Demczuk for TIME
Poll inspector Jane Goldman prepares "I Voted" stickers for voters as they enter their ballots into a tabulator at a library in Mansfield Center, Conn.
Greg Miller for TIME
Senate candidate Rep. Beto O'Rourke, his wife Amy Sanders and their children are surrounded by journalists after they voted at El Paso Community College-Rio Grande Campus in El Paso.
Chip Somodevilla—Getty Images
Voters line up outside Greater Mount Moriah Baptist Church in Charlotte, N.C.
LOGAN CYRUS—AFP/Getty Images
U.S. Democratic Congressional candidate Deb Haaland, who is trying to become the first Native American woman in the U.S. House of Representatives, hugs Dottie Tiger at a Native Vote Celebration on Election Night in Albuquerque, N.M.
Brian Snyder—Reuters

President Donald Trump has held rallies in multiple battleground states over the last weeks – making his final pitch to Republican voters ahead of the election. Trump told attendees at a Cleveland rally on Monday that Republican voters on Tuesday could, “stop the radical resistance in its tracks.”
“Tuesday is your chance to send a message to the Democrat mob and to everyone who has made it their mission to denigrate our movement and to divide our great nation,” the President said.

After a demoralizing loss in the 2016 election, Democrats are attempting to pull off a “Blue Wave” as Republicans fight to hold control over the House and Senate. Candidates have stressed that the stakes of today’s election are high – whichever party holds the majority in Congress can set the national legislative agenda.

This page will be updated.