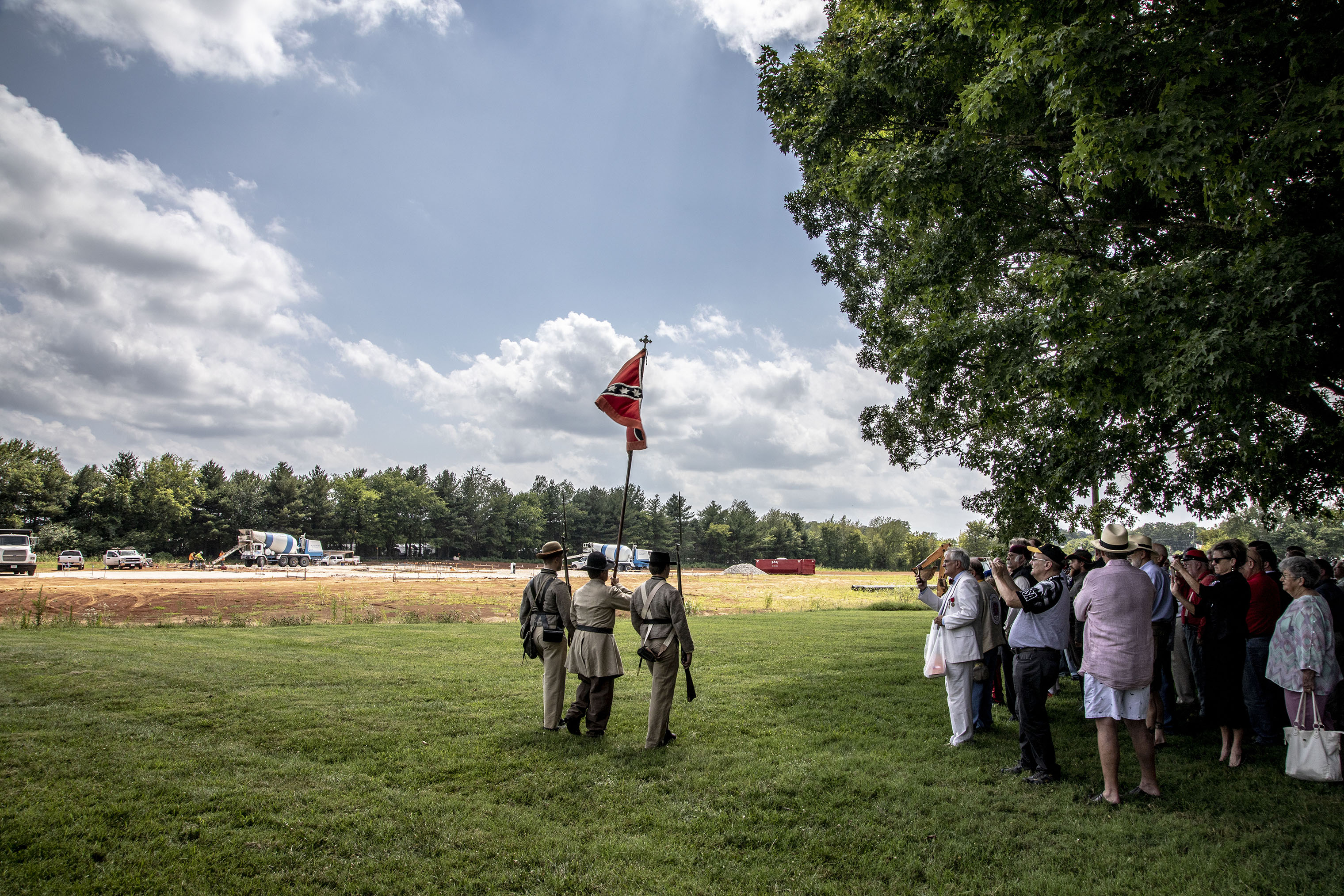 Still Fighting: Inside the Dedication of the National Confederate Museum

By Gabby Raymond | Photographs by Mark Peterson—Redux for TIME

Amid a period of national reckoning regarding Confederate statues, park names and other symbology and iconography, The Sons of Confederate Veterans is holding a dedication ceremony Friday at the site of the National Confederate Museum, an upcoming and controversial museum dedicated to the Confederacy.

The $5 million museum is being built at the group’s headquarters in Columbia, Tennessee, at the onetime home of Confederate Col. Abram M. Looney. The event was intended to be a grand opening, but weather delays caused construction delays, and the museum will not be open until at least 2019.

“At the completion of this museum, it will be out of the reach of the long arm of political correctness,” The Sons of Confederate Veterans’ Paul Gramling told the Columbia Daily Herald.

Photographer Mark Peterson will be documenting the dedication ceremony for TIME. “For the last few months I have gone to White National conferences, Confederate Memorial Services and Confederate Monument fights,” says Peterson. “I have been looking at how we are still fighting the Civil War in the streets, the history books and state legislatures.”