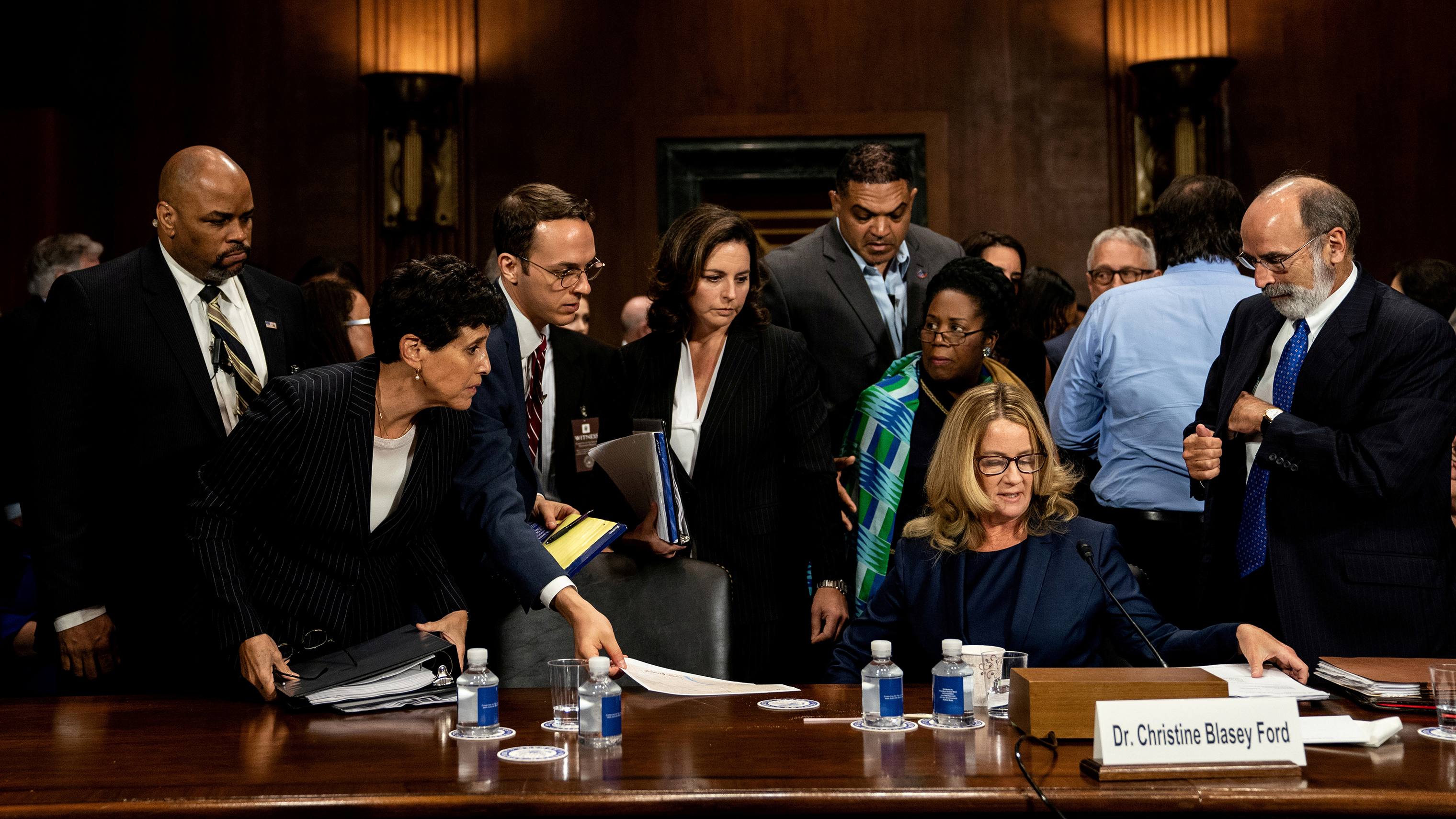 Christine Blasey Ford prepares for a break at a hearing before the Senate Judiciary Committee on Sept. 27.
Erin Schaff for The New York Times/Pool/Reuters

For days, the only photo that most Americans had seen of Christine Blasey Ford was a casual snapshot, showing her in sunglasses and apparently on vacation. But when she appeared to testify on Capitol Hill on Sept. 27, the cameras were waiting.

It was the kind of day that breaks up the often monotonous life of Hill photographers. The familiar hallways and hearing rooms, the backdrop to countless daily pictures, were imbued with a special resonance by the day’s historic proceedings.

At Ford’s request, the hearing was held in a smaller than average room, giving it more of an intimate feel than the previous hearings featuring Supreme Court nominee Brett Kavanaugh.

But the seriousness of her allegations — that a teenaged Kavanaugh held her down on a bed, put his hand over her mouth to muffle her screams and attempted to remove her clothes — changed the atmosphere in the room regardless. Kavanaugh denies Ford’s allegation.

Kavanaugh faces other accusations, which he also denies: Fellow Yale graduate Deborah Ramirez alleges that he exposed himself to her at a party in college, while Julie Swetnick says he was present at a party where she was gang raped. But neither was called to testify Thursday, nor were any other witnesses. The Kavanaugh-Ford hearings would feature just Kavanaugh and Ford, testifying separately.

Here, in reverse-chronological order, is a look at some of the most telling photographs from Thursday’s hearing.