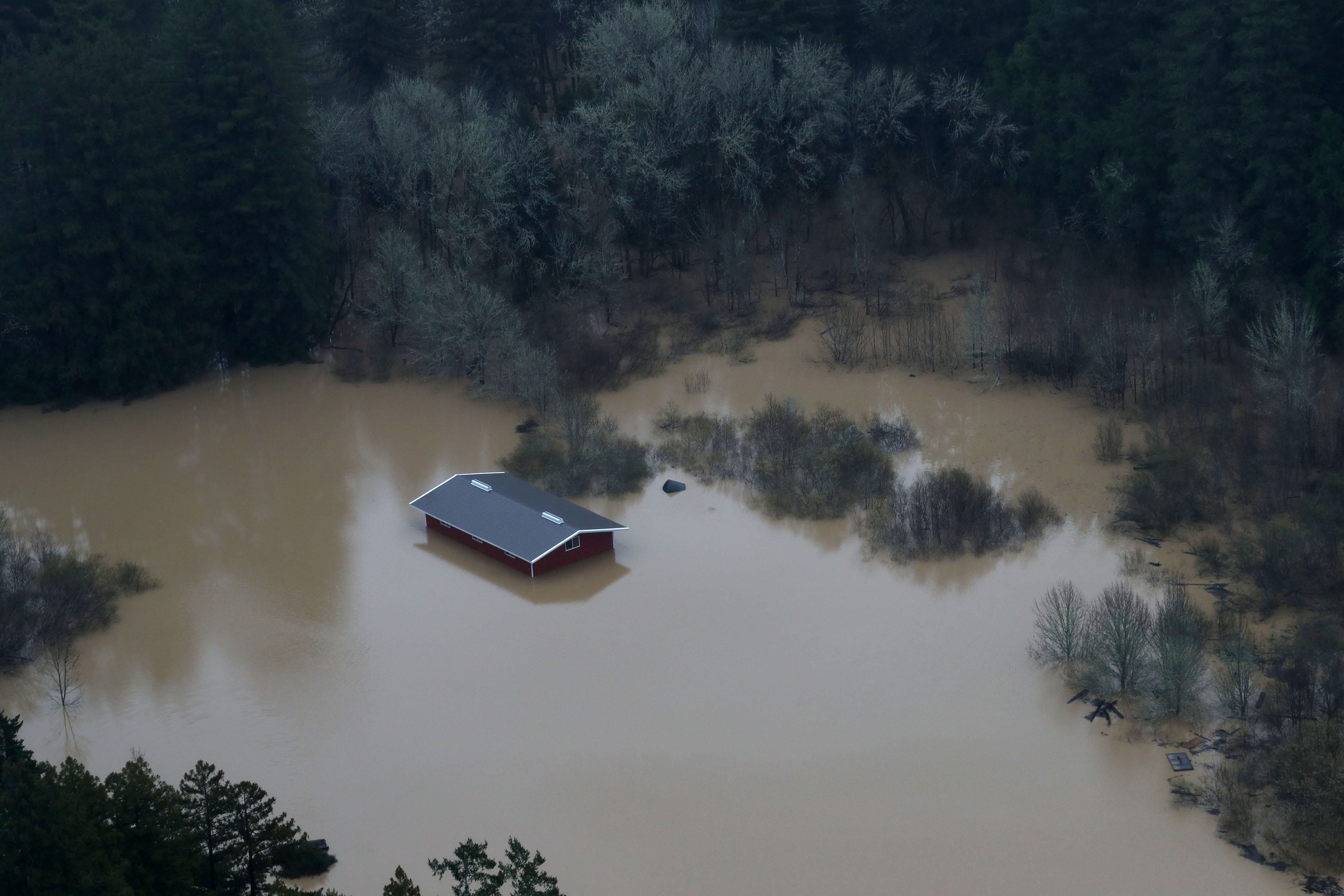 A bar sits under water in a flooded neighborhood on Feb. 27, 2019 in Guerneville, California. The Russian River has crested over flood stage and is expected to continue to rise to record levels and inundate the town of Guerneville.
Justin Sullivan—Getty Images

Images Capture the Dire Circumstances of the Northern California Floods

On Tuesday, a slow-moving storm system moved over Northern California, inundating the region with torrential rain. Small towns on the bank of the Russian River were quickly overwhelmed by floodwaters, as rainfall amounts reached to 20 inches within 48 hours in some areas.

By Wednesday night, the Sonoma County towns of Guerneville and Monte Rio were completely cut off from surrounding areas after the river swelled to 46 feet, 14 feet above flood stage. The Sonoma County Sheriff’s Office described the the two towns as “islands,” as access to them was only possible by boat.

More than 2,000 homes and businesses were submerged by floodwaters. Residents who chose not to follow the evacuation orders given on Tuesday relied on kayaks and boats to get around town, according to the Associated Press. Those who did leave will have to wait for roads to be cleared of debris before returning home to assess the damage.

The photos below capture the devastating flood conditions endured by local residents. While the water is slowly receding, the region is bracing for more rainfall this weekend.