For the past year Syrian refugees Nour Altalaa and Taimaa Abazli have dreamed about coming to Germany. Imagining a new life for their families in what has become something of a promised land for refugees was the only thing that got them through the hardship of raising newborns in refugee camps in Greece.

After months of anticipation they finally arrived in Germany—Nour straight from Athens, and Taimaa via Estonia—but to their disappointment, both are back in camps. Still, they each had things to celebrate. Taimaa held a first birthday party for her daughter Heln, and did everything she could to make it perfect. Nour, meanwhile, was able to escape the drudgery of camp life for a few days to stay with cousins who had already moved into a real home and celebrate the Muslim holiday of Eid. She was thrilled to be reunited with family. “This is the reason why all the refugees want to come to Germany,” she said with a smile. “Because so many of our people are already here.” 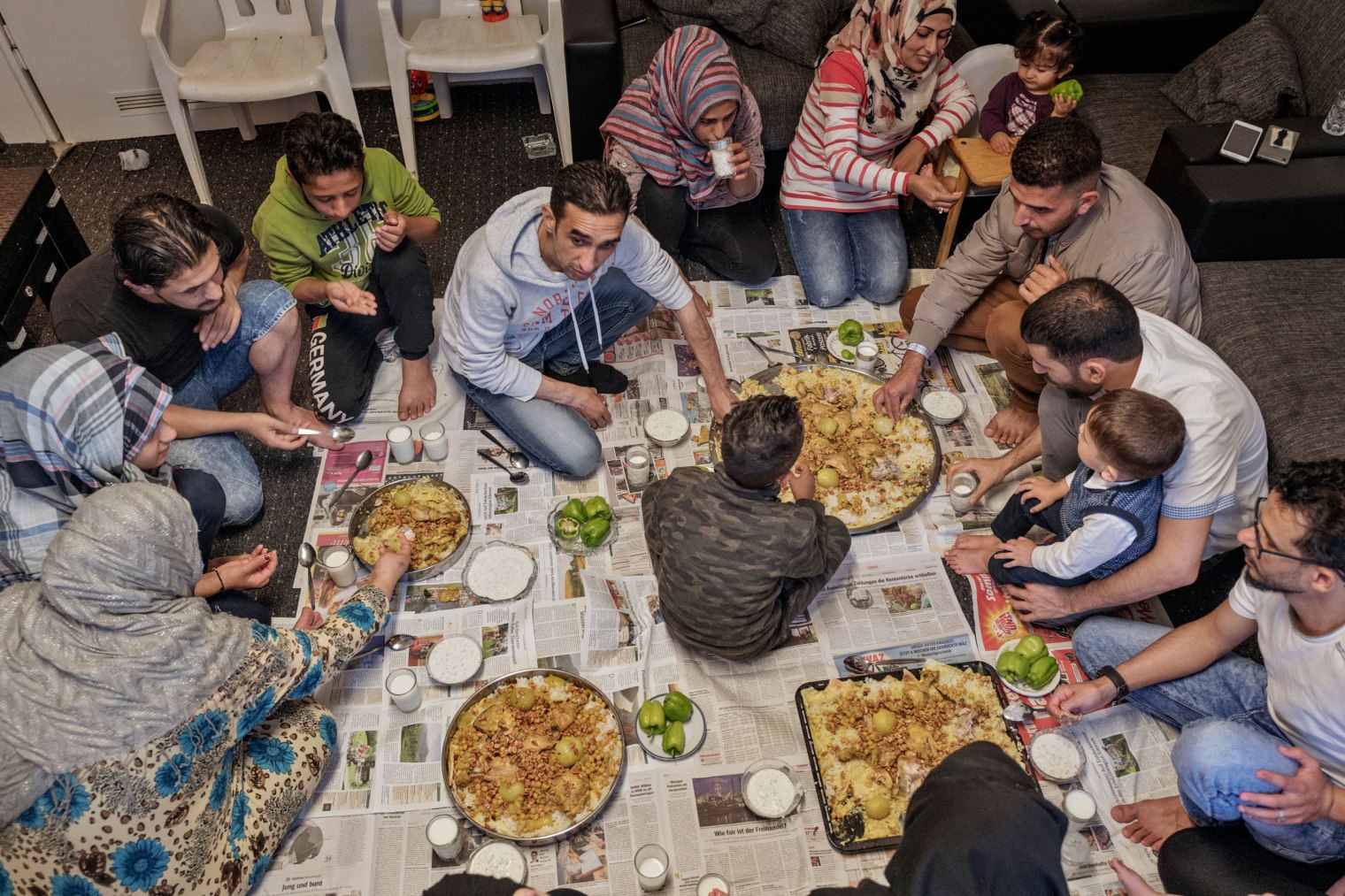 Lynsey Addario—Verbatim for TIME Nour Altallaa and her husband Yousef Alarsan reunited with close family members over an Eid meal at a cousin’s apartment in Gelsenkirchen, near Essen, Germany, Sept. 1, 2017. 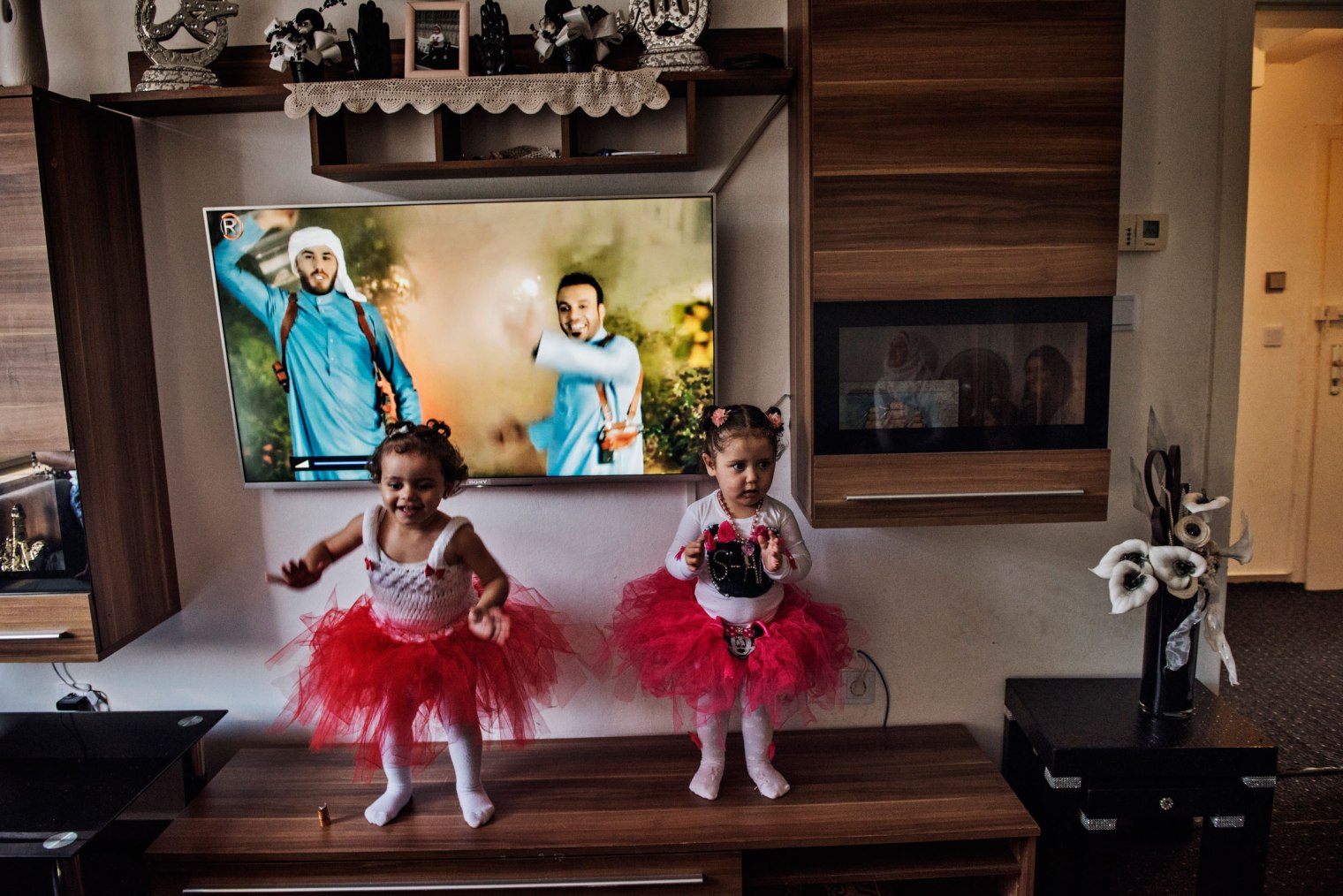 Lynsey Addario—Verbatim for TIME An EID celebration, Sept, 1, 2017, in Gelsenkirchen, near Essen. In the past two years, more than 1 million refugees and asylum seekers have arrived in Germany. About half, mostly from Syria,have been granted the right to stay. 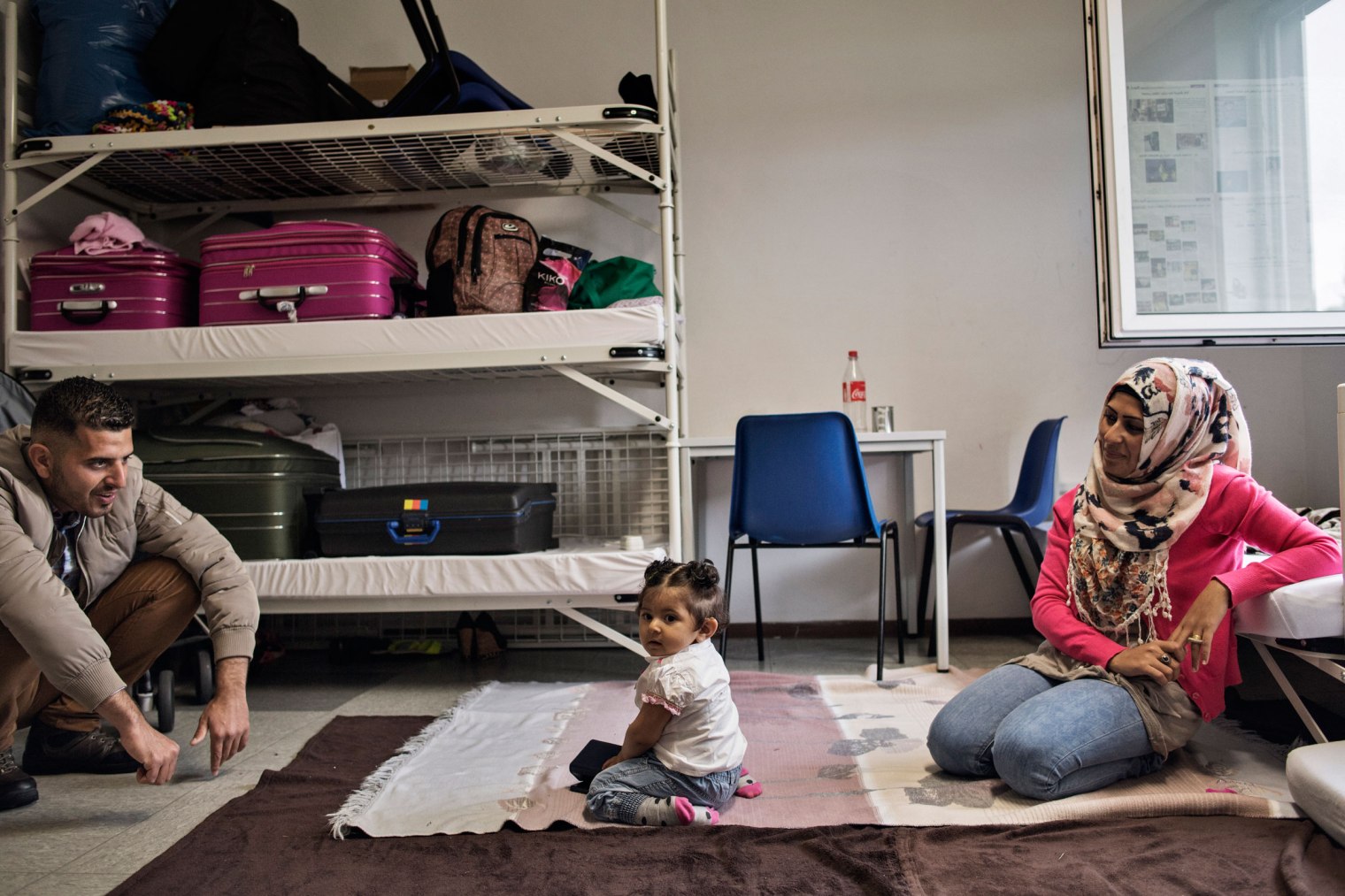 Lynsey Addario—Verbatim for TIME Nour Altallaa. her husband Yousef Alarsan, and their daughter, Rahaf, 10 months now live in one room in a refugee camp, a former army barracks, near Essen, Germany, August 31, 2017. 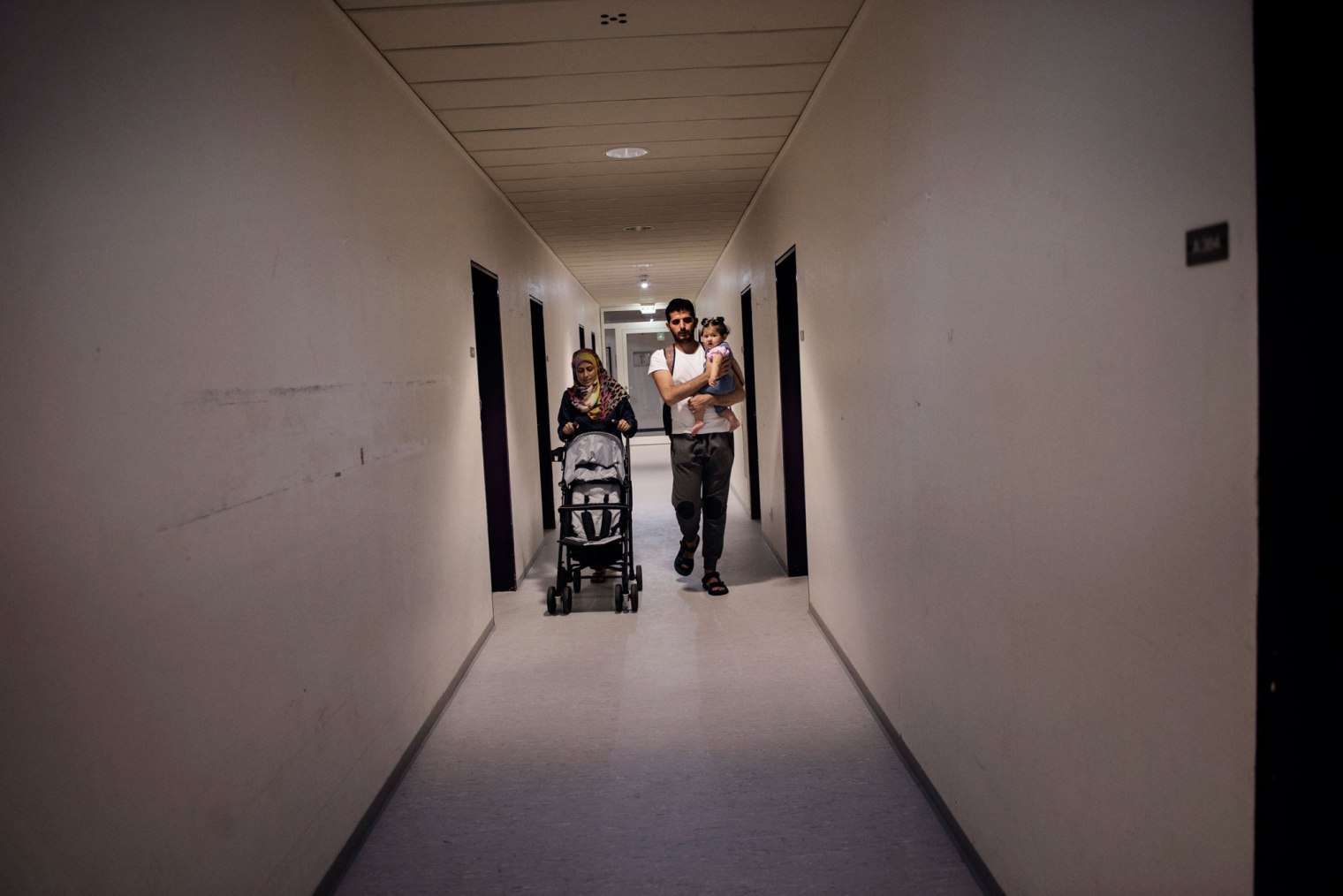 Lynsey Addario—Verbatim for TIME Nour Altalaa, her husband, Yousuf Alarsan, and their daughter, Rahaf, at the Bad Berleburg camp in Germany, July 19, 2017. More than A year and half after they fled their home in Deir ez-Zour, Syria, the family achieved their goal of asylum in Germany. 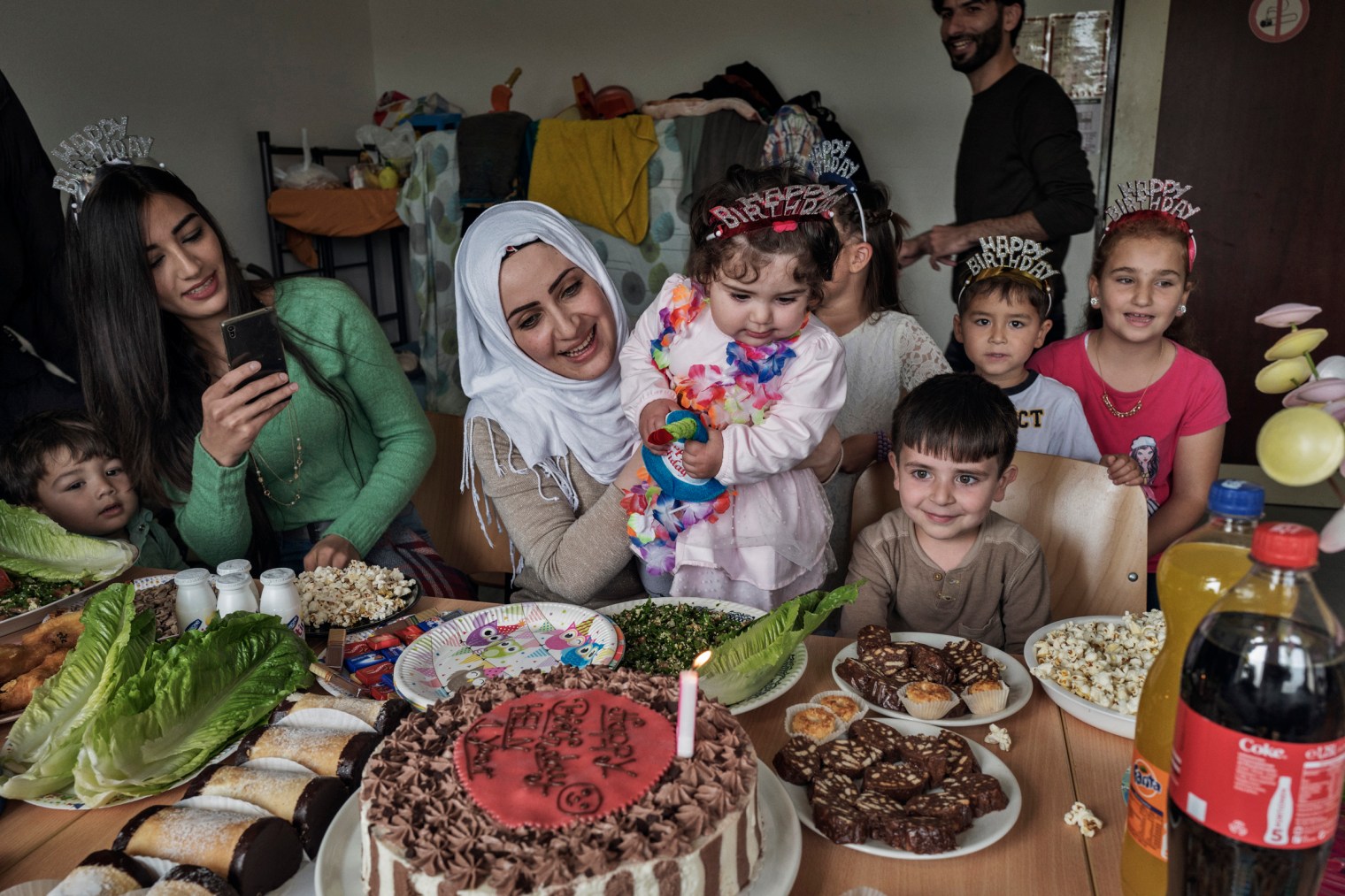 Lynsey Addario—Verbatim for TIME Taimaa Abazli and Muhannad Abazli celebrate the first birthday of their daughter, Heln, who was born while they were living in a refugee camp in Greece. One year later, the family is living in a camp in Kusel, Germany, appealing for asylum, Sept. 13, 2017. 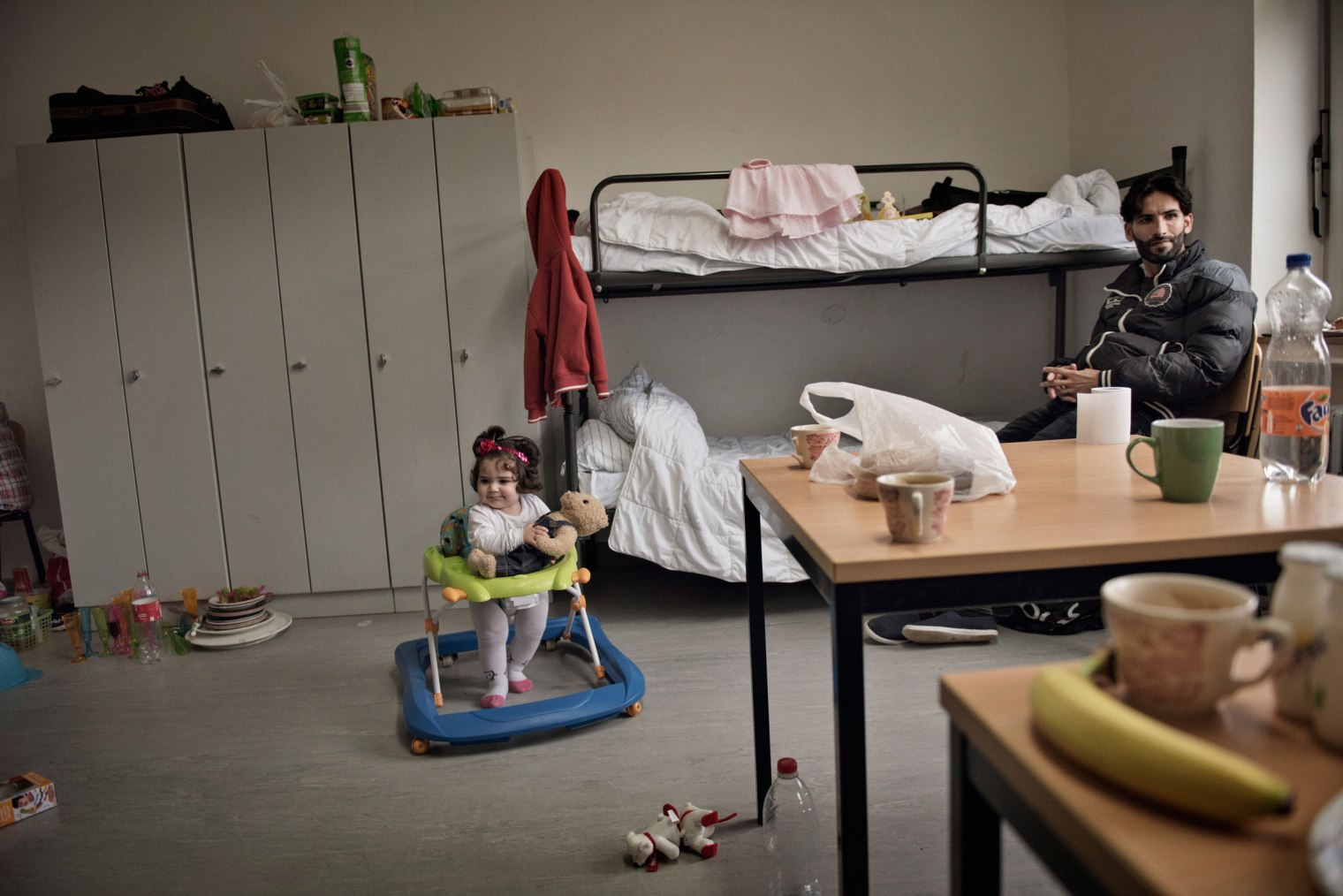 Lynsey Addario—Verbatim for TIME After more than a year waiting in Greence, Taimaa Abazli and her her husband Muhannad, with their children Wael and Heln, now live in a refugee camp in Kusel, Germany awaiting their appeal for asylum. 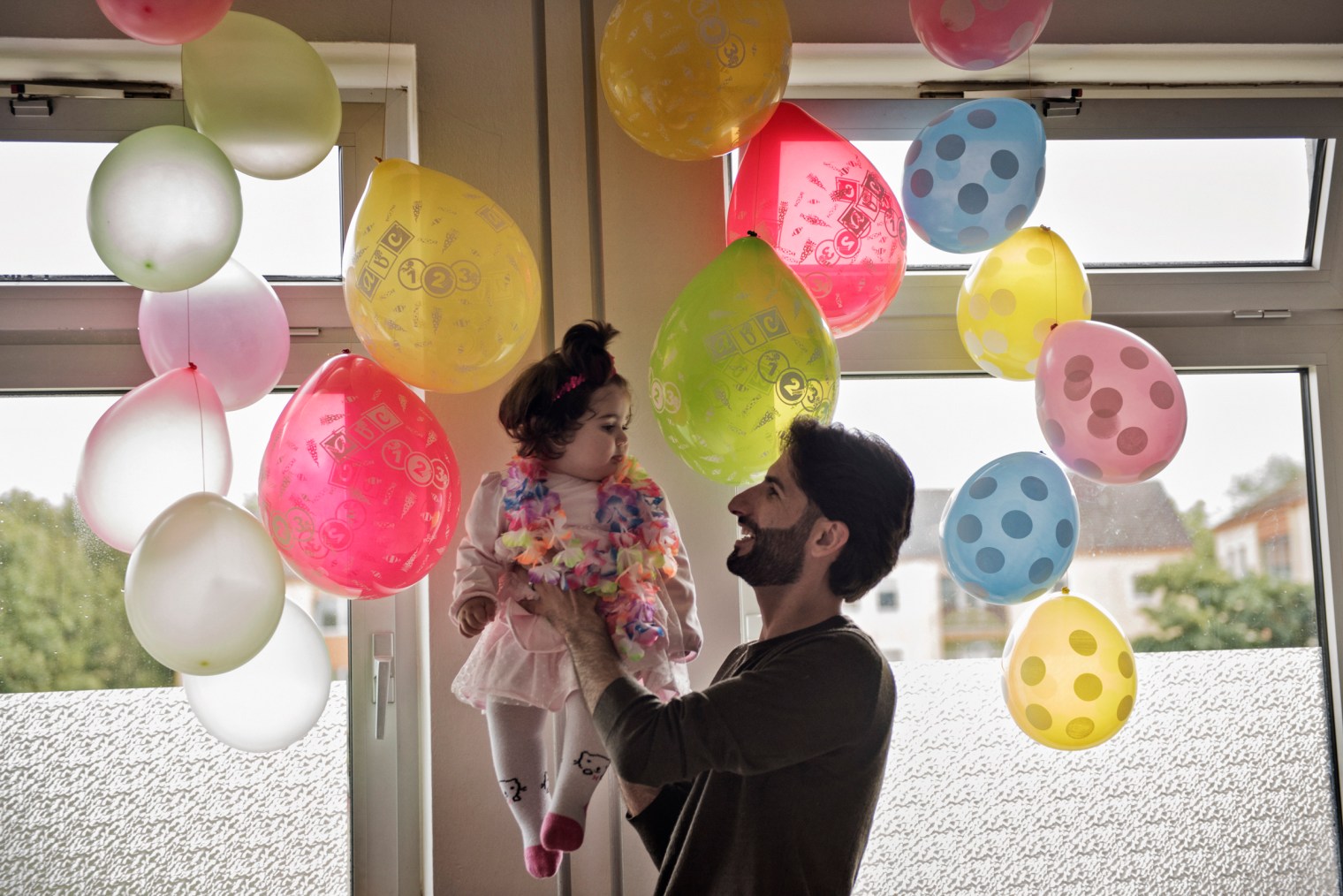 Lynsey Addario—Verbatim for TIME Muhannad Abzali holds his daughter, Heln,who was born to her refugee parents in Greece, on her first birthday, Sept. 13, 2017.

Continued reporting for this project is supported by Merck for Mothers