Like our ancestors, we look up at the stars for guidance and answers. One day soon, the generations to come will travel to these stars. The stars will be their home. Look up, see the new frontiers and push forward towards new beginnings.

John Knopf is passionate about nature, raised on the belief that one should march to the beat of their own drum. Growing up on the central coast and spending his summers hiking, he learned from the best. John attributes his outdoor obsession to his family moving around a lot growing up. Since then John has become widely acclaimed for his panoramic landscape views and his ability to capture spectacular beauty through a camera lens. With a fast-growing following, John has set out on a journey of discovering the great art shows of nature’s light, and invites you to come along. “It’s not about the photo, it’s about the hunt. The bigger the challenge the larger the reward”, says Knopf, who opened his first gallery at the Stratosphere Hotel and Casino in Las Vegas in 2012 and a second location in Minneapolis in 2017.

“There is something about the stillness of a photo that is just completely calming. Unlike a film, which gets 30 frames per second to make a moment perfect, a photographer gets one frame. One frame to capture a perfect moment that will never be seen again. Sometimes you have to hike miles carrying loads of equipment in the middle of a jungle – by yourself. Nothing is more satisfying to me than walking away with that one epic shot. I believe that landscape photography not only vastly increases our awareness of the fascinating world around us but reminds us the importance of preserving and protecting it”, says Knopf. 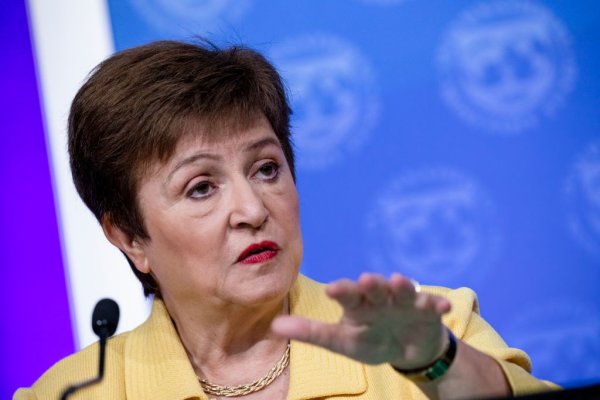 IMF Board Keeps Georgieva as Chief After Data Scandal Review
Next Up: Editor's Pick