Jared Kushner downplayed the significance of Russian interference in the 2016 election, dismissing it as a “couple of Facebook ads” in an interview with TIME and arguing that Special Counsel Robert Mueller’s investigation was more damaging to democracy than the influence operation itself.

“You look at what Russia did, buying some Facebook ads to try to sow dissent and do it, and it’s a terrible thing,” Kushner said at the TIME 100 Summit in New York City. “But I think the investigations and all of the speculation that’s happened for the last two years has had a much harsher impact on our democracy than a couple of Facebook ads.”

“If you look at the magnitude of what they did, the ensuing investigations have been way more harmful,” he added.

The Mueller report described a wide-ranging Russian operation that included hacking Hillary Clinton, Sens. Marco Rubio and Lindsey Graham, the Democratic National Committee and the Democratic Congressional Campaign Committee; attempting to hack the Republican National Committee; releasing stolen emails online; probing state voter databases for weaknesses and stealing hundreds of thousands of voters’ personal information; spreading propaganda aimed to sowing division and depressing the vote through fake accounts on social media; staging a handful of rallies in Florida, Pennsylvania and New York; and setting up multiple meetings with members of the Trump campaign, although the probe did not find that members of the Trump campaign actively coordinated or cooperated with Russia.

But Kushner said that according to the Trump 2016 campaign’s data operation, what Russia was doing at the time “didn’t register with us as being impactful.”

Kushner also spoke about his relationships with other foreign actors and questions over his security clearance. When questioned about his foreign business entanglements and his work in the White House, the President’s son-in-law and senior adviser said “there’s been no actions I’ve taken that I have benefited from financially.”

He also said he doesn’t disagree with the U.S. intelligence community’s assessment that Saudi Crown Prince Mohammad Bin Salman — with whom Kushner has developed a close working relationship — ordered the murder of journalist Jamal Khashoggi.

“I’m not going to dispute American intelligence services’ recommendations,” Kushner said. Kushner also said he advised the Saudi Crown Prince about how to handle the fallout from the murder. “The advice I gave was be as transparent as possible and that obviously we have to make sure there is accountability for what happened,” Kushner said.

Kushner has been working on a Middle East peace plan, which he said will be unveiled sometime after Ramadan, which is in early June. Before that, Kushner said he’ll be presenting a comprehensive immigration reform plan to the President by early next week. “If I can get Stephen Miller and Kevin Hassett to agree on an immigration plan,” Kushner joked, “then Middle East peace will be easy by comparison.” 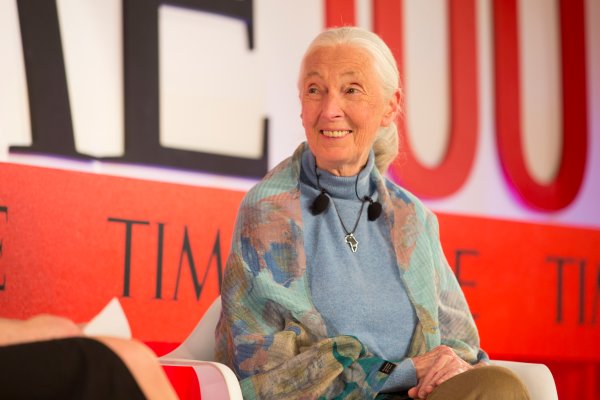