Samin Nosrat’s Netflix show focuses on the the four essential flavors of salt, fat, acid and heat – but pressed on which one she would give up if she had to, she picked salt.

“Fat gets all the textures. Acid gives dimension. Heat is cooking. But salt is kind of an acquired palate… I like to think that I would forget how delicious salt tastes,” the TIME 100 honoree said at the TIME 100 Gala on Tuesday.

When the chef, food writer and cookbook author turned her award-winning cookbook Salt Fat Acid Heat into a Netflix series, it didn’t take long for viewers to fall in love as they watched her travel the world, dispensing tips and schooling viewers on the four fundamental elements of flavor.

The Netflix series, which premiered last fall, brought Nosrat to Italy, Japan, Mexico and her adopted hometown of Berkeley, Calif. Along the way, she ate everything from miso eggs to aggressively spicy tacos.

Nosrat, who is Iranian-American, has also long been passionate about increasing diversity in the food industry, and bringing opportunities to other brown chefs.

Nosrat came from Chez Panisse, one of the most prestigious restaurants in the United States – but her fight to improve diversity and representation in the restaurant industry isn’t just focused on elite kitchens.

“We can’t invent a generation of leaders, we have to raise them,” she said. “We’re not done until we’re really, really done, until a server at Applebee’s or a cook at Red Lobster [gets the same treatment as those at the top].” 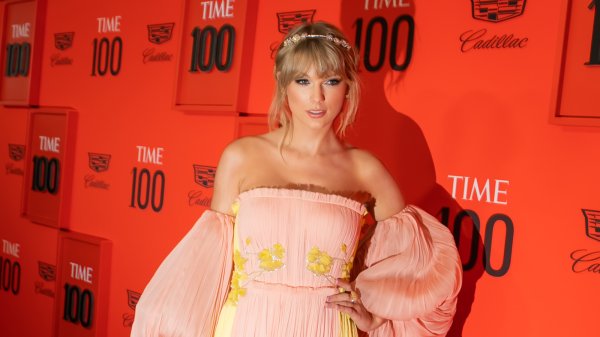 Taylor Swift Hits the TIME 100 Red Carpet in a Floor-Sweeping Pastel Gown
Next Up: Editor's Pick