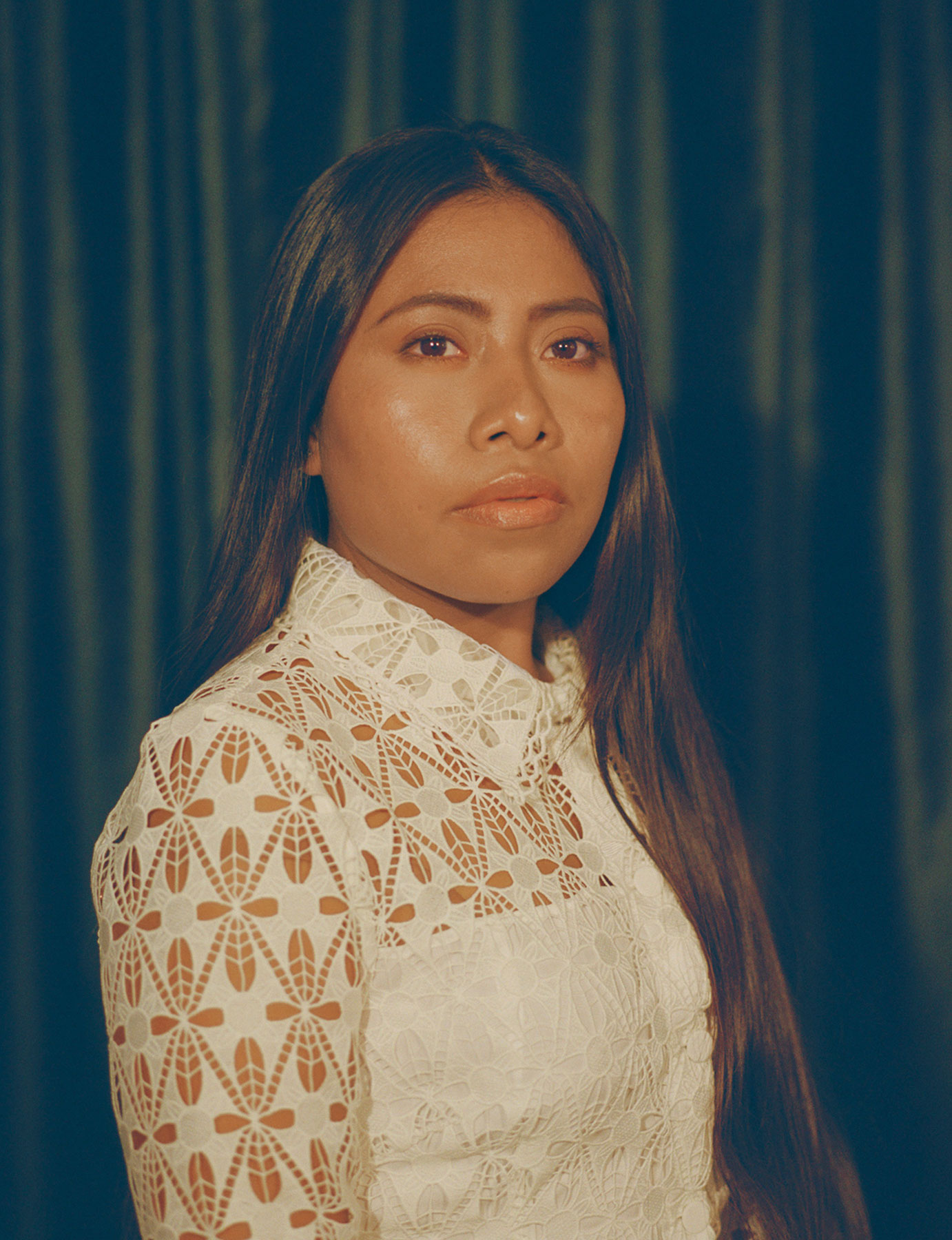 Before starring in Roma, she had no acting experience, yet she earned an Academy Award nomination for Best Actress in a Leading Role. Although she was terrified of the ocean, she rushed straight into its roaring, precarious waves for the most impactful scene of the film. She didn’t speak Mixteco, but she learned the language and spoke it fluently and full of raw, authentic emotion for most of her dialogue. Yalitza can take any task that’s put in front of her and excel in ways no one thought possible.

I knew this from the moment I met her, after searching Mexico for almost a year and watching more than 3,000 auditions; I knew Yalitza was the one as soon as she walked in the door. When I offered her the role of Cleo, she candidly told me she had just finished school and was waiting to become a teacher. Then she said, “I have nothing better to do, so yes.” I burst into laughter. But you know what? She meant it. That’s the beautiful thing. She really meant it.

From the start, that honesty has been the greatest quality in Yalitza. She’s incredibly grounded in her truth and not easily swept away by the glitz and glamour of Hollywood. She focuses on being a force of change and empowerment for indigenous women, embracing the symbolic value of what she has done and carrying that responsibility with dignity and grace.

I deeply admire Yalitza and am so lucky to have met her and worked alongside her. I hope she chooses to continue acting and evolving her craft. Selfishly, I want to see more of her onscreen. She has an amazing gift, and I’m very glad that when I asked her to do my film, she didn’t have anything better to do.

Cuarón is an Oscar-winning director