The First Family of Fundraising

The First Family of Fundraising

There are great American political fundraisers. And then there are Hillary and Bill Clinton, the first couple of American political fundraising. Few in American history have collected and benefited from so much money in so many ways over such a long period of time. Since they arrived on the national political scene 32 years ago, the Clintons have attracted at least $1.4 billion in contributions, according to a review of public records by TIME and the Center for Responsive Politics.

That sum helps illustrate Hillary Clinton’s enormous advantage should she decide to run for President in 2016. Much of the money, raised through two Senate and three Presidential campaigns, was gathered together in small checks by an extensive network of donors and fundraisers. Other donations came in the form of six-figure “soft money” donations from wealthy individuals during Bill Clinton’s presidency. A third category includes money the couple has raised for the Clinton Foundation, the family’s global non-profit, through speaking engagements for Bill Clinton, and through outside political spending that benefitted the Clinton efforts.

The records also show a select group of top donors who have given in multiple ways to the Clintons over the years. Many of these same donors, including people like S. Daniel Abraham, founder of diet supplement company Slim Fast, and Susie Tompkins Buell, founding of the clothing company Espirit, have formed personal friendships with the Clintons, even as they have continued to pursue public policy campaigns around issues like U.S. relations with Israel and the Keystone XL pipeline.

Through the years, the Clintons have adjusted over time to the changing rules that govern political contributions. Craig Smith, a longtime adviser to the Clintons who is now helping to organize the Ready for Hillary PAC, estimates that a Hillary 2016 candidacy could cost as much as $1.7 billion, including the money raised and spent on her behalf by outside groups. That would make the effort about 150% more expensive than the 2012 Obama effort, an increase in line with historical norms.

The data for this analysis is drawn from three broad categories.

Campaign contributions: Direct giving to Hillary and Bill Clinton’s campaigns for the Senate and the Presidency going back to 1992, as reported to the Federal Election Commission. It includes both individual contributions and money from other PACs given to either the leadership committees or joint fundraising committees of the Clintons. These figures also include “soft money” contributions to the Democratic National Committee during Bill Clinton’s 1992 campaign and his presidency. Those donations were later eliminated by the 2002 campaign finance reform law.

Non-political contributions: Speaking fees collected by Bill Clinton up to 2008, and contributions to the Bill, Hillary, and Chelsea Clinton Foundation. Figures for Bill Clinton’s speaking fees are based on filings from Hillary Clinton’s tenure in the Senate. The foundation has only released a list of donors grouped by the contribution ranges, so in all cases the interactive assumes that each donor gave the smallest amount possible in that category. The range of contribution, from all foundation donors, as reported by the foundation, could go as high as $1.3 billion.

Outside spending: Independent expenditures on behalf of the Clintons, as well as contributions to Ready for Hillary PAC, an independent super PAC created to support Clinton in 2016, which she has told friends she grateful to have organized on her behalf.

A select group of donors have given large amounts to the Clintons through multiple vehicles. Here is a look at some of the biggest donors. 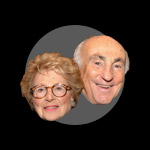 The founder of the satellite firm Loral Space and Communications, Bernard Schwartz became a major donor to the Democratic National Committee in the 1990s. After the 1996 election, those donations figured in a federal investigation after Bill Clinton approved of U.S. satellite launches by Chinese rockets, including a Loral satellite. The investigation did not lead to charges for Schwartz, however, and he remained a loyal donor to Clinton. 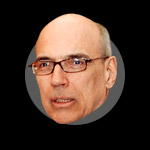 A publicity-shy media businessman from DeKalb, Ill., Fred Eychaner has long been one of the biggest donors to the Democratic Party. He made his money in newspaper publishing, and later radio and television, helping to fund a same-sex marriage effort in the state in Illinois, along with groups like the AIDS Foundation and Equality Illinois. He told the National Journal that he supported Hillary Clinton over Obama in the 2008 primary because of loyalty, and her position on gay-rights issues. “I am a basic social activist with small-business experience,” he said. 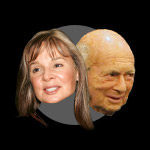 The billionaire businessman behind the Slim-Fast diet empire, S. Daniel Abraham has long focused his philanthropic efforts on Israel, including founding a Center for Middle East Peace in Washington, D.C., which bears his name. At the think tank’s founding in 2010, Hillary Clinton called Abraham “my dear friend.” “I don’t know how many times Danny called my husband in the 1990s,” Clinton continued, “or how many times he called and said he had to come see me in the Senate or come see me in the State Department. But the message is always the same: You must persist;peace requires you to persist.” 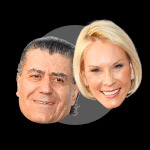 Born in Egypt and raised in Israel, Haim Saban struck it rich after importing the Mighty Morphin Power Rangers to American television screens. Worth an estimated $3.5 billion, he is now the executive chairman of the parent company for Univision, the American Spanish-language broadcaster. An avid supporter of Israel, he founded the Saban Center for Middle East Policy at the Brookings Institution. “Seeing her in the White House is a big dream of mine,” he has said about a Hillary Clinton presidency. President Obama appointed his wife, Cheryl, to a largely ceremonial position at the United Nations in 2012. 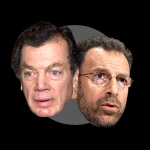 Shortly after the billionaire businessman Edgar Bronfman Sr. died in 2013, Hillary Clinton spoke at a memorial service in his honor. She described a meeting she had arranged in 1996 between her husband and Bronfman, who then owned the liquor company Seagram and Son, which she said lead to years of negotiation over the return of Holocaust assets held by Swiss Banks. “He exuded a confidence and honesty that won him the friendship and support of Presidents and Popes and people everywhere,” Clinton said of the former president of the World Jewish Congress. His son, Edgar Bronfman Jr., has continued his legacy of political giving, making it difficult to distinguish their donations in federal records. The campaign donation totals above include both men. 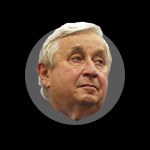 A New Jersey born real estate developer, David S. Steiner was serving as president of the American Israel Public Affairs Committee in 1992, when he was caught on tape boasting of his closeness to the future president. He resigned his post, saying he had misrepresented his ties to the President, but a relationship persisted nonetheless in the years that followed. In 2006, Bill Clinton awarded Steiner the lifetime achievement award of the National Jewish Democratic Counsel. 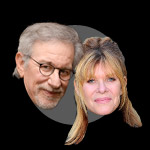 The Jaws and Indiana Jones director has long been a major donor to Democratic causes. He built a personal relationship with the Clintons through the 1990s, even golfing with Bill when he was President. In 2013, Bill presented Spielberg’s movie Lincoln at the Golden Globes, and in 2009 Bill was on hand to give Spielberg the Liberty Medal at the U.S. Constitution Center. Also in 2013, Hillary traveled to Hollywood to be honored by the International Medical Corps, at event for which Spielberg and Capshaw were co-chairs. 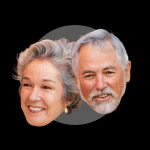 A co-founder of the Esprit clothing line, Susie Tompkins Buell is a liberal philanthropist, who has long counted herself as a personal friend of Hillary Clinton. She led Clinton campaign fundraising efforts in 2008 for the San Francisco Bay Area. In 2011, Buell led a protest against the Keystone XL pipeline during a fundraising visit by President Barack Obama, telling the San Francisco Chronicle, “I don’t know where he stands on anything.” A year later, both Bill and Hillary attended her birthday celebration in Brooklyn. 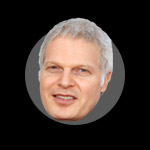 The grandson of a New York Real Estate magnate, Stephen Bing inherited a reported $500 million when he turned 18, and has used that money to invest in Hollywood, real estate, liberal politics and the Clinton family. His movie credits include writing “Kangaroo Jack,” producing “The Big Bounce,” and investing $80 million in “The Polar Express.” Bill Clinton used Bing’s Boeing 737 plane to return two American reporters from North Korea in 2009. That same year, Bing attended Bill Clinton’s 63rd birthday party at a Las Vegas steakhouse, with Saban, according to the New York Times. 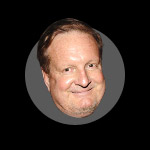 During Bill Clinton’s presidency, California supermarket investor Ron Burkle became a major donor to the Democratic National Committee. By 2002, Burkle and Clinton were close friends and business partners, with Clinton working as an investment adviser to Burkle funds and earning at least $15 million for his work. “He’s invaluable,” Burkle said of Clinton in a 2004 interview with Vanity Fair. Those business ties were cut, however, before Hillary Clinton’s 2008 campaign for president, when reports of Burkle’s bachelor lifestyle and the foreign investors threatened Hillary’s campaign hopes. Burkle remained a donor to the 2008 Hillary campaign.