Some Rules About Consent Are 'Unfair to Male Students'

Matthew Kaiser is a white-collar criminal defense attorney who has represented a number of students accused of sexual assault at colleges and universities.

The Vice-President recently spoke out on campus sexual assault, reminding us that “No means No.” And he’s right; if a woman says no, and a man doesn’t respect that, it’s rape.

But I’ve represented a number of male students accused of sexual assault on campus, and I haven’t yet seen a case of the kind Joe Biden is talking about.

The cases that are prosecuted by schools tend to be much more ambiguous. And a lot of that has to do with how schools view alcohol and consent.

Of course, if someone has sex with an unconscious woman, that’s sexual assault. And if a woman is drunk and another person forces sex on her because she’s vulnerable because she’s drunk, that’s also rape.

But many schools take a different line – that a student under the influence of alcohol in any way can’t consent to sex. Setting aside the sophomoric double rape problem (are two drunk people having sex raping each other?), drunk sex just isn’t what we think about when we think about sexual assault. It’s not what Joe Biden is talking about.

Yet, based on my own anecdotal experience, it’s what I see in these cases.

In most cases I see, both students have been drinking and then have sex. The next morning, the female student wakes up and doesn’t really remember the details of the night before. She knows she had sex. Often, she’s not sexually experienced. She knows what she did was out of character. And she goes to a counselor, trained on the school’s definition of assault, which leads to a complaint against the male student.

It’s easy to empathize with someone in that situation. Sometimes what we do when we’re young and drunk and inexperienced isn’t consistent with how we think of ourselves. Some of that is the hard work of finding out who you are that happens in college.

But it doesn’t mean that a rape happened.

In some of our cases, we’ve been able to show that the female student did things that showed that she consented, or that her partner had strong reason to believe that she consented. For example, in one case, the female student said that our client must have stripped her naked, because she would never have undressed herself. But then we uncovered text messages sent that night by our client’s roommates – who were in the room at the time – describing how she got out of bed in front of them and took off her own clothes. At the hearing, the female student was adamant that she wouldn’t have undressed herself – she’s simply not that kind of person. And, for that hearing committee, the female student’s morning-after report of what she would have done carried more weight than the evidence of what she actually did.

Everyone knows that drunk college kids have sex. But when a student is found guilty of sexual assault by a school and gets suspended or expelled, he has a mark on his transcript identifying him as a rapist – sometimes for life. That’s stiff punishment for something that almost everyone on campus does.

The only real advantage of the “drunk sex = rape” rule is that it’s easy to enforce. Colleges risk sanction by the Department of Education if they don’t take action in favor of women who report sexual assault. So by having a rule that essentially lets them kick out any male student who is the subject of a complaint, schools are conveniently insulated from liability. But this is deeply and systematically unfair to male students. 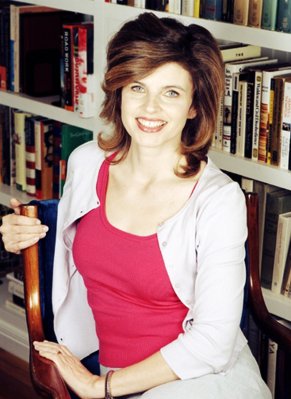 Caitlin Flanagan: We Need Transparency on the Issue of Fraternity Rape
Next Up: Editor's Pick