Wildfires whipped along by blustering winds during a massive drought have burned at least 30 homes and forced thousands to flee in southern California, where several blazes continue to burn as of Thursday morning.

At least 15,000 people have been ordered to evacuate their homes in Carlsbad, California, among the towns hardest hit by the wildfires. The Carlsbad fires also forced park officials on Wednesday to shut down Legoland, a local LEGO-themed amusement park.

California Governor Jerry Brown declared a state of emergency late Wednesday after local county officials urged him to do so as firefighting resources ran thin in the face of spreading fires.

The cause of the fires is not known, but officials say temperatures reaching into the 100s and the ongoing drought in the region make the area ripe for wildfires.

Two firefighters have been injured fighting the blazes, one with a heat-related injury and another due to smoke inhalation. 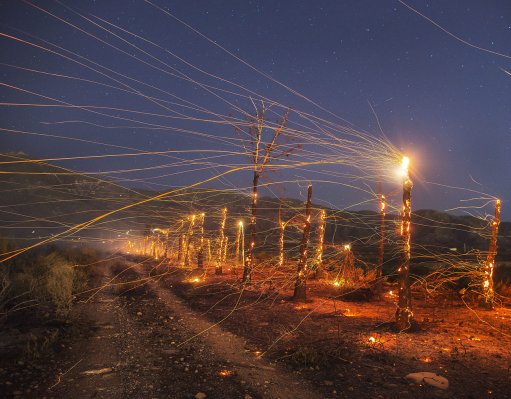