Neil Patrick Harris could have been the next host of the Late Show, but the actor told Howard Stern on Wednesday he didn’t want the gig.

During an appearance on the Howard Stern radio show, Harris said that while he and CBS executives never etched out a specific deal, the network approached him about taking over for David Letterman, who will retire in 2015. The How I Met Your Mother star said he wasn’t interested.

“In that instance I felt like I knew what my skill sets were,” Harris said. “I was surprised that he pitched me that idea, and I sort of sat for a minute with it and told him the things that concerned me about the longevity of that kind of gig… I think I would get bored of the repetition fast.”

Harris is instead toying with the idea of hosting a weekly variety show, something he said CBS execs might be interested in. When asked about taking over the 12:30 show, which Craig Ferguson will be leaving in December, Harris still said no.“It’s still nightly, you’re still coming out with the same content,” he said. “And now you’re just getting bitter that no one is watching.

Listen to the full interview here. 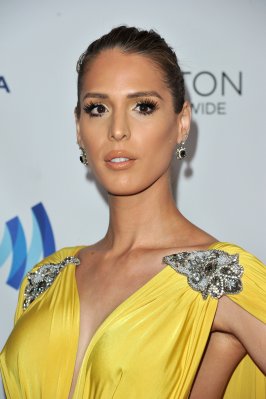 Tyra Banks to Produce Documentary Series About Transgender Women
Next Up: Editor's Pick