Catherine, the Duchess of Cambridge arrives at Winmalee Girl Guides Hall during her Australian tour in the Blue Mountains, west of Sydney on April 17, 2013.
Paul Miller—EPA
By Maya Rhodan

Clive Goodman, who served as a royal editor at the now-defunct News of the World said he also intercepted Prince William and Prince Harry’s calls dozens of times while on the witness stand on Wednesday, The Associated Press reports. He began targeting Middleton around 2005, when she and Prince William began getting more serious.

Goodman, who has been charged with conspiring to pay for royal phone information, was jailed in 2007 for eavesdropping on royal aides’ phone calls. He is now among several former News of the World employees on trial for phone hacking and other misdeeds while at tabloid. 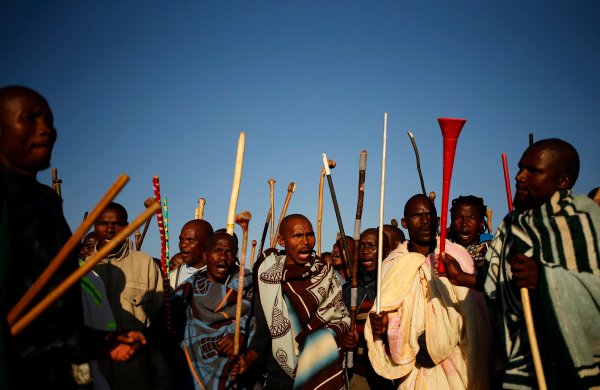 Mine Strikers Urged to Hold Their Ground
Next Up: Editor's Pick