Keys to Success: 6 Traits the Most Successful People Have in Common

Stanford MBA school professor Jeffrey Pfeffer looked at the research on success and power along with studying the lives of such high achievers as LBJ andRobert Moses.

He identified six traits that were keys to success.

Pfeffer was thorough in that he did not just note the qualities all successful people had, but specifically sought out the elements that were present in the powerful and lacking in those who had accomplished less.

Pfeffer pulls no punches. These are not all kind words fit for Hallmark cards and inspirational posters.

These are what studies have shown works and what has been demonstrated through history when analyzing the lives of those who have reached the highest levels.

As I’ve posted multiple times before, high achievers work relentlessly. And to do that, you must have the energy.

In a study of general managers in industry, John Kotter reported that many of them worked 60 to 65 hours per week–which translates into at least six 10-hour days. The ability and willingness to work grueling hours has characterized many powerful figures… Energy and strength provide many advantages to those seeking to build power. First, it enables you to outlast your opposition, or to use sheer hard work to overcome others who surpass you in intelligence or skill. Second, your energy and endurance provide a role model for others, something that will inspire those around you to work harder.

Sounds generic but Pfeffer cites the example of a young LBJ turning down a lucrative oil investment because he knew, down the road, being allied with oil companies could hurt his chance at sitting in the oval office.

He was thinking way ahead and making decisions aligned with his goals.

Successful CEO’s tend to stay in one industry and at one company because energy is not diverted and a strong base is established.

In Kotter’s study of 15 successful general managers, he found that they tended to have concentrated their efforts in one industry and in one company. He concluded that general management was not general, and that the particular expertise acquired by concentrating on a narrow range of business issues is helpful in building a power base and in becoming successful. Concentrating your career in a single industry and in one or a very few organizations is also helpful because it means that your energy is not diverted, and your attention is focused on a narrower set of concerns and problems.

Keys To Success #3: Sensitivity To Others

Knowing what others want and how to best communicate with them is powerful.

But Pfeffer is quick to distinguish between recognition of others’ needs and actually fulfilling them.

The first is essential, the second, well — that’s a matter of negotiation.

In this effort to influence others, it is clearly useful to be able to understand them, their interests and attitudes, and how to reach them… It should be clear that being sensitive to others does not mean that one is necessarily going to act in their interests, in a friendly fashion, or on their behalf. Sensitivity simply means understanding who they are, their position on the issues, and how best to communicate with and influence them.

Here’s where it gets more Machiavellian.

(And lest you interpret that the wrong way, remember that Machiavelli was not an evil man – he was a historian who said looking at the past, here’s what works and what doesn’t.)

Pfeffer notes that flexibility — changing your position — can confer a great deal of power because it allows you to tailor your presentation, pivot when things aren’t working, and acquire necessary allies.

Sensitivity to others is not worth much unless you are able to use that information to modify your behavior… Although flexibility sometimes carries a negative connotation, it is a very important characteristic for those who hope to develop power. It provides the capacity to change course and to adopt new approaches, rather than clinging to actions that are not working. Flexibility also helps one to acquire allies, as it is easier to shift approaches to accommodate different interests.

If you back down every time it looks like a fight is coming, well, you’re not going to win many fights.

Sometimes fighting is necessary. And just having others know you’re willing to fight can pay major dividends.

Because the need for power arises only under circumstances of disagreement, one of the personal attributes of powerful people is the willingness to engage in conflict with others… being pliable may win you more genuine liking among your co-workers. But it is not the case that those who are the most liked by others for their pleasant personalities are inevitably the most powerful or able to get things accomplished.

Keys To Success #6: Submerging One’s Ego And Getting Along

Just as being toothless is bad business, so is fighting all the time. Alliances and allies are far more likely to be beneficial on an everyday basis.

Ego can be a huge enemy even when you know what the smart move is.

It is a great advantage to be able to swallow your pride and lose the battle in order to win the war.

Sometimes it’s important to fight, to be difficult, to make rivals pay for getting their way instead of doing what you want done. At other times, it is important to build alliances and networks of friendship by getting along. People who are able to develop great power often seem to have the knack for changing their behavior according to the needs of the occasion… The problem in getting along, building alliances, and developing a coterie of supporters is that our ego sometimes gets in the way. Thus, the final characteristic I have identified as a source of power is the ability to submerge one’s ego in the effort to get something accomplished. 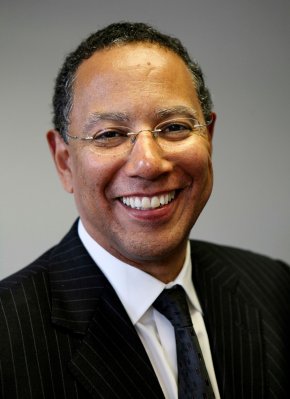 The New York Times' New Boss
Next Up: Editor's Pick