Nancy Chi Cantalupo is an Adjunct Professor and Researcher at Georgetown Law and is author of Burying Our Heads in the Sand, “Decriminalizing” Campus Institutional Responses to Peer Sexual Violence, and Campus Violence: Understanding the Extraordinary through the Ordinary.

A 2011 report by insurance company United Educators highlights a baffling contradiction between how schools actually respond to lawsuits based on their handling of sexual violence cases and how court decisions in such lawsuits suggest schools should respond. The report analyzed insurance claims for these types of lawsuits from 2006-2010, stating that 54% were brought by accused assailants and 72% of schools’ financial losses came from accused students’ claims. It does not specify how many lawsuits schools settled and how many were litigated.

After years of hearing arguments that seem supported by U.E.’s report—that colleges cannot better address sexual violence on campus without losing money in lawsuits by accused students—I decided to do some research. I concluded from this research that schools face exponentially more expensive liability for violating student victims’ rights under Title IX (the federal statute prohibiting sex discrimination in education) than they do for violating accused assailants’ due process rights. My research shows that the top two settlements publicly disclosed in litigated Title IX cases cost those schools $2.8 million and $850,000. Although most cases never reach a jury award, these settlements are a decent indicator that the parties anticipated a quite large jury award and other costs. My research also uncovered over 50 Title IX cases decided unfavorably towards schools and therefore likely to cost them some money.

In contrast, I found only three cases where the court decided that the school’s disciplinary procedures in a sexual violence case violated due process. In only one of those cases was the student awarded any money, $26,500 of the $5.5 million he claimed he was due. Although legal research can always miss some cases, research by Dean Michelle Anderson of CUNY Law School corroborates this lack of legal victories for accused assailants.

These results are quite predictable based on the legal standard set by the U.S. Supreme Court that applies to schools’ abilities to discipline students for all kinds of misconduct. That standard recognizes that schools are not criminal courts and do not have criminal courts’ powers, especially the powers to imprison and execute. Courts have consistently rejected accused students’ demands for due process protections designed to protect criminal defendants from unjust imprisonment or execution.

In contrast, schools do have an interest—even without Title IX’s legal obligations—to ensure a safe and equal learning environment for all of their students. And these cases show that the courts support these pre-existing, community-based goals and have arranged schools’ liabilities accordingly.

It is impossible to know, based on U.E.’s limited information, why schools appeared to have acted against their interests (financial and otherwise) from 2006-2010, but things have changed dramatically since then. Now, many more student survivors understand their Title IX rights, and the public conversation, led by the White House, is explaining why schools have obligations to address this violence beyond the redress provided by the criminal law. In light of all these shifts, it’ll be very interesting to see what a 2016 U.E. follow-up report shows. 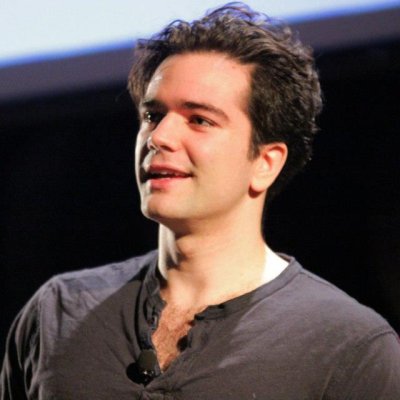 Consent Must Be Created, Not Given
Next Up: Editor's Pick