Anger at Turkish Mine Disaster Rebounds on Erdogan

As if Turkish Prime Minister Recep Tayyip Erdogan didn’t have enough to worry about with a massive corruption scandal, running battles with the world’s most popular social-media sites and stubborn protests over his authoritarian politics, Wednesday’s catastrophic mine accident in the city of Soma looks set to trouble his premiership yet further.

Only six weeks after Erdogan’s Justice and Development Party dominated Turkey’s municipal elections, a victory that was widely viewed as a vote of confidence in the Premier, the mine explosion quickly stirred discontent. Protesters congregated at the local party headquarters in the city of 100,000 people, 480 km southwest of Istanbul, some calling the Premier “murderer” and “thief,” according to news reports.

Demonstrators, some wearing miner’s helmets, also gathered outside the Istanbul headquarters of the company that owned the mine; underground, commuters played dead on subway platforms in a show of solidarity with the dead miners. Another group in the capital city of Ankara tried to march on the Energy Ministry before being dispersed by police.

Erdogan reacted to the disaster much as any leader would: he canceled a planned trip to Albania in order to visit the site and ordered three days of mourning. But he was more combative than statesmanlike when confronted with the complaints of grieving families that safety had been shortchanged at the mine. The deaths occurred after an electrical transformer exploded during a shift change, with more than 700 workers in the mine. The death toll stood at 274 on Thursday, with at least 150 others still trapped in smoldering tunnels filled with toxic gases.

“Explosions like this in these mines happen all the time. It’s not like these don’t happen elsewhere in the world,” Erdogan said at a news conference after his site visit, before listing a series of global mining disasters going back to 1862.

The Prime Minister has largely weathered the controversies that have gathered about him over the past year, thanks in part to the economic expansion he has overseen over the decade-plus rule of the AKP, as his party is known in Turkey. But the mine disaster could strike in a visceral way at the core of the Premier’s populist image, as a self-described “black Turk” who stands with the common man against elitists who controlled national politics for most of Turkey’s history.

Erdogan’s close links to big business, in particular the construction industry, was after all at the heart of the massive judicial probe prosecutors pursued until he ordered them reassigned. And after almost a dozen years in power, his party cannot avoid responsibility for the country’s abysmal record on worker safety. The Geneva-based International Labour Organization in 2012 ranked Turkey third worst in the world for worker deaths.

The Soma disaster carries specific risks for the incumbent. Last month, a local lawmaker petitioned Turkey’s parliament to investigate the mine; Ozgur Ozel, a member of the opposition Republican People’s Party, said residents had complained incessantly that the mine was not safe. The effort was thwarted by Erdogan’s party, some members of which publicly mocked the proposal. Erdogan pointed out on Wednesday that the mine had passed inspections in March.

The issue is sure to be revisited now, and for some time to come. Already media outlets critical to Erdogan were linking the Prime Minister to the disaster and alleging the mine operators were given advance notice of inspections. “Massacre in the mine,” read the headline on one column in the English language Today’s Zaman on Wednesday. “Symptom of a one-man regime.” 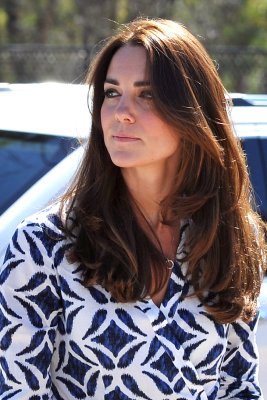 Middleton's Phone Gets Hack Job by Tabloid Editor
Next Up: Editor's Pick