Jill Abramson, executive editor of The New York Times, listens during a panel discussion on the sidelines of the Republican National Convention (RNC) in Tampa on Aug. 26, 2012.
Andrew Harrer—Bloomberg/Getty Images
By Sam Frizell

The New York Times announced Wednesday that it had dismissed Jill Abramson from the newspaper’s top post.

Abramson, who became the newspaper’s first female editor in 2011, will be replaced by her deputy Dean Baquet, who will become the first African-American editor to the lead the 163-year-old publication. Publisher Arthur Sulzberger Jr. cited “an issue with management in the newsroom” in announcing the unexpected change to staffers, the Times reports.

“I’ve loved my run at the Times,” Abramson, 60, a former Washington editor and investigative correspondent, said in a statement. “I got to work with the best journalists in the world doing so much stand-up journalism.”

Baquet, 57, is a Pulitzer Prize-winning reporter and former editor of the Los Angeles Times. Baquet has been managing editor at the Times since 2011. “It is an honor to be asked to lead the only newsroom in the country that is actually better than it was a generation ago,” he said, “one that approaches the world with wonder and ambition every day.”

The precise reasons for Abramson’s departure were not immediately clear. Some news reports had previously said Abramson butted heads with other editorial staff in the newsroom. 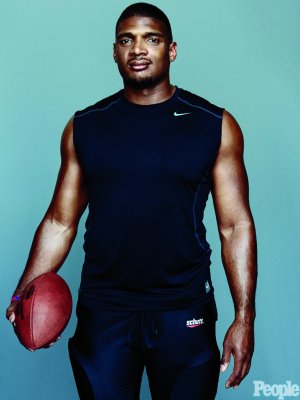 Michael Sam: I Was Going to Wait Until After Draft
Next Up: Editor's Pick