For Pope Francis, It’s About More than Martians

Pope Francis blesses faithful as he leaves St. Peter's Square at the end of the weekly general audience, at the Vatican on May 14, 2014.
Gregorio Borgia—AP
By Elizabeth Dias

On Monday morning, Pope Francis preached that he would baptize Martians. He caused, yet again, quite a stir. But to think he was talking just about aliens is to miss his main point. Pope Francis was using Martians to illustrate that the church must be open to whatever, or whoever, may seem socially foreign and unaccepted.

Pope Francis brought up Martians as he was preaching about a specific New Testament story: early Christians were wondering if Jews and Gentiles could associate, and God gave the Apostle Peter a vision that salvation extended beyond the deepest cultural divides. It was a moment of internal crisis for the early church. “That was unthinkable,” Francis explained. And, to show just how unthinkable it was, he added: “If—for example—tomorrow an expedition of Martians came, and some of them came to us, here…Martians, right? Green, with that long nose and big ears, just like children paint them…And one says, ‘But I want to be baptized!’ What would happen?”

The church today should learn from the early church, Francis explained, that it cannot close its doors to anyone. That which God has purified, as the Scripture says, no one can call profane. “It was never the ministry of the closed door, never,” Francis explained.

It is a poignant message about not withholding baptism, especially given the Pope’s previous comments that churches should not refuse baptism to children of unmarried parents. Francis is even thought to have called an unwed mother himself and told her that he would baptize her child himself if she could not find a priest to do it.

It is also a pointed reference to the church’s efforts to welcome immigrants. ‘Alien,’ ‘stranger,’ and ‘immigrant’ are often translated interchangeably in Biblical texts. One passage from the book Deuteronomy has become the crux of Catholic teaching on welcoming the immigrant: “Show your love for the alien, for you were aliens in the land of Egypt.” While Francis did not reference immigration as specifically as baptism in his sermon, the connection cannot be not far from his mind. Pope Francis urged compassion for the immigrant in his first papal trip to the island of Lampedusa, where hundreds of people have died trying to immigrate from Africa to Europe. The United States Conference of Catholic Bishops also often uses the alien language in its push for immigration reform on Capitol Hill and in its refugee programs.

Did Francis have a message about actual beings from other planets? Possibly. The idea of baptizing aliens is actually nothing new for the Vatican. The Vatican’s chief astronomer, Argentine Jesuit father José Funes, explained the possibility of extraterrestrial life in 2008, when he too said that God’s mercy could be offered to aliens if it were needed. He even cited Pope Francis’ namesake to make his point. “This is not in contrast with the faith, because we cannot place limits on the creative freedom of God,” Funes said. “To use St. Francis’ words, if we consider earthly creatures as ‘brothers’ and ‘sisters,’ why can’t we also speak of an ‘extraterrestrial brother?’”

The Vatican Pontifical Academy of Sciences held its first major conference on astrobiology in 2009. For five days, thirty scientists gave presentations to Catholic bishops on everything from microbes to planetary detection to life beyond Earth. Rome has come a long way from 16th century, when Dominican friar and astronomer Giordano Bruno was burned at the stake during the Inquisition for heresy, including his openness to multiple worlds.

Pope Francis, like any good preacher, knows how to keep his audience interested—nothing like a Martian reference to catch people’s attention. Whether or not they will remember it for the right reasons is another question. 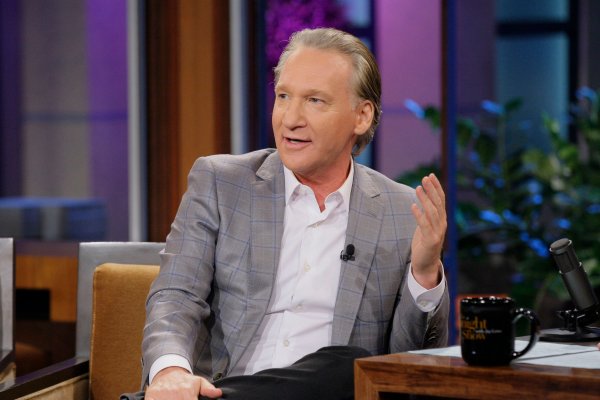 An Open Letter to Bill Maher From a Muslim American
Next Up: Editor's Pick