Consent Must Be Created, Not Given

Jonathan Kalin is a senior at Colby College and founder of Party With Consent, a movement that facilitates dialogue about sexual violence prevention through events and education.

Sexual assault happens on college campuses. And it’s awful. As Pennsylvania Sen. Bob Casey, author of the SaVE Act explained, on-campus sexual assault is the “ultimate betrayal” committed by “monsters” and “cowards.” When colleges are faced with a wave of human rights violations on their own campuses, one of the first questions asked is, “How do we make it stop?”

It’s especially difficult to find the answer to this question when colleges see the low number of campus sexual assaults that are reported. Cultural norms created by college life have repeatedly shamed survivors of assault and allowed those who perpetrate it to call the crime a “misunderstanding.” This horrifying trend shows up on the national level and results in 60% of sexual assaults going unreported according to The Rape, Abuse, & Incest National Network (RAINN). Which means we need to change the question from “how do we prevent sexual assault?” to “how do we prevent this crime when it is nearly statistically invisible?”

The recent formation of the White House Task Force to Protect Students from Sexual Assault has already brought together many suggestions and some great tangible actions to respond to those questions. Federal investigations have started on 55 college campuses that may be in violation of Title IX and an awesome PSA directed at men’s roles in preventing sexual violence has been created. These efforts have been outstanding and deserve to be applauded.

In thinking of the next steps toward building sustainable communities free of sexual violence, I’ve thought about starting the process by asking some different questions, such as, “how did we get to this point?” and “what is a sustainable solution?” In conversations about sexual assault, consent is always mentioned. We tend to think of consent as a “line that can not be crossed,” or as something a woman gives, and something a man works to get. These are, of course, generalizations that rely on heteronormativity and traditional gender roles.

If consent is a line, then the preventative efforts of bystander intervention, along with efforts to ensure perpetrators face legal repercussions, are reinforcing the importance of staying above this line. Again, if these efforts happen with greater frequency, college campuses will become safer places.

But in thinking about the next steps, we must realize that college campuses (or any community for that matter) can work to stay above this line with the implementation of these task force recommendations, and yet still be faced with an unhealthy campus sexual culture.

Therefore, when it comes to consent, there is a huge space above this line that needs to be discussed as well. There’s an ironic truth that exists when considering sex scenes of music videos and movies (where many students learn about sexuality). You seldom see the two people about to engage in sex verbally communicate about consent, although that conversation surely took place before the cameras started rolling. This means the media makes sex seem like a silent practice, even though everyone involved had a conversation about it beforehand.

This is part of the thinking that went into creating the Party With Consent movement. The three words in themselves are an effort to affirm those who already live above this line and remind everyone that being honest and authentic in relationships, sexual or otherwise, will always come with a greater outcome than those that rely on deceit, coercion and manipulation.

Additionally, the verb we place in front of sexual consent reinforces this narrow understanding of it. We often say consent is given or gotten, yet using these verbs turns consent into a commodity that uses the same verbs we use for the groceries we buy. In living above this consent line, we must re-envision consent as something that is created amongst all parties involved.

The effort behind preventing sexual assault needs to start with getting us above this consent line, but our work isn’t done there. These efforts also need to be complemented with educating youth on how much better consensual relationships are, sexual or otherwise. 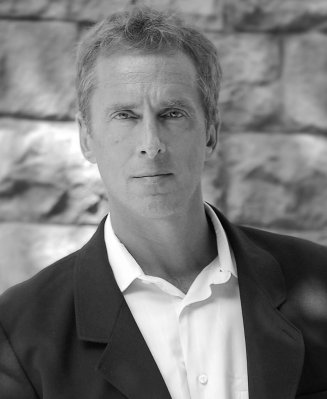 'Overbroad Definitions of Sexual Assault are Deeply Counter-Productive'
Next Up: Editor's Pick