Who let the cats out?

A large predatory cat escaped from its cage in Las Vegas on Wednesday morning, running loose in a residential neighborhood and sending local police on a cat hunt.

The cat, reported to be either an Ocelot or an Africa Serval, was tracked down and put back in its cage, the local ABC affiliate reports. But not before it jumped into a nearby woman’s yard and killed one of her chickens.

An African Serval can stand as tall as 3 ft. and weigh 40 lb.0, and an Ocelot is usually between 10 and 18 inches, weighing up to 40 pounds. No details were given about the cat’s owner, or why the feline wanted to bust loose so badly. 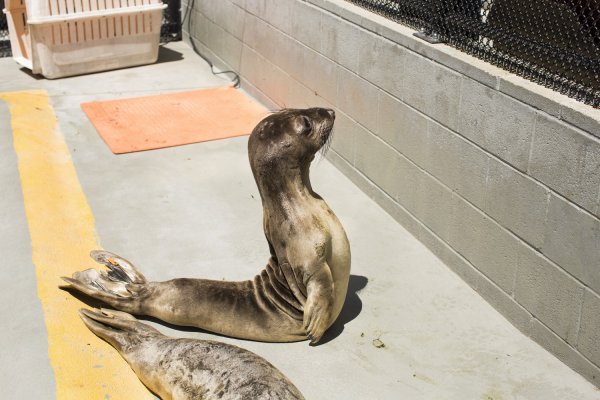 Inside a Hospital for California's Stranded Seals and Sea Lions
Next Up: Editor's Pick