A Robust Housing Recovery? Not So Fast

That’s a question I’m asking after reading some new housing data and real estate market studies out this week. The national numbers make it seem like we’re having a pretty good year for housing, which is one of the keys to overall economic growth in this country. (As Warren Buffett once told me, if you fix housing, you can fix the American economy.) And house prices did go up by a healthy 11.4 % in 2013, with the latest Case Shiller data showing an 8 –year high. So far, so good.

But two things concern me about the market right now. One, the new numbers are trailing indicators—house prices reflect where we have been, not where we are going. The second half of 2013 was weaker than the first, and the last few months of home sales in particular have been slack. That information will take about six months to trickle through into the official data, which is one of the reasons that the smart folks at Capital Economics believe that “2014 will mark a significant slow down in the pace of house price appreciation.” Despite the Fed’s “forward guidance” about keeping interest rates low for years to come, it will be interesting to see if the market buys it. The Fed can only control base rates, not market rates for mortgages, and if they start creeping back up, we may see a significant pull back in refinancing and mortgage applications as we did last summer. Less demand on that front would eventually mean lower prices.

But as in so many areas of the economy, the state of the market will depend very much on where you live. There’s a big, deep new study just out from the Conference Board’s Demand Institute, looking at the state of the housing recovery in 2200 cities around the country. That study finds that there’s a large and growing bifurcation in housing in America. The top 10 percent of cities in the country (ranked by the aggregate value of their owner occupied homes) now hold 52 percent of all housing wealth. Basically, we’ve got a 1 percent/99 percent phenomenon happening in housing, which has massive wealth implications for middle class Americans, who still hold the majority of their wealth in their homes.

For starters, if you are counting on using home equity as part of your retirement plan, you’d better hope you live in one of those top ten market; price increases will be three times greater in the strongest markets than in the weakest ones. Over the next five years, while national prices are estimated to grow only about 2 % a year between 2015 and 2018, some of the top markets are predicted to boom, while about 50 % of all housing markets are still trying claw their way back from the housing crash and Great Recession, with many still underwater.

Perhaps most interesting is the fact that while some markets simply have a natural home court geographic advantage (think prime East and West coast real estate), you can also craft housing policy that creates a more vibrant market, as cities like Hoboken, NJ have done. If housing continues like this, it will have big long-term implications for retirement and consumer spending. (Every dollar of new housing wealth has a much bigger impact on spending than wealth created in the stock market does.) Reason enough to bring bifurcation into the current discussions in Washington around housing reform, and creating a market in which all Americans, not just the richest, can get a 30-year mortgage at a decent rate. 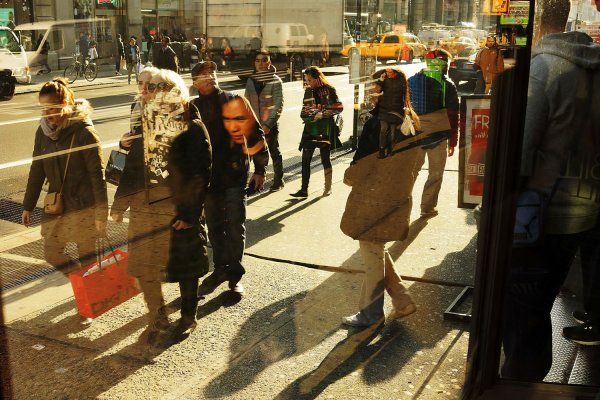 Americans Are Taking on Debt at Scary High Rates
Next Up: Editor's Pick