A man rides his camel as he waits for tourists at the Giza pyramids area, south of Cairo, Feb. 20, 2014.
Asmaa Waguih—Reuters
By Andrew Katz

A new study released on Feb. 25 provides the strongest evidence yet that camels are a major player in Middle East Respiratory Syndrome (MERS), a viral disease that has killed dozens of people in the Middle East since it was first detected in 2012 and whose origin remains elusive.

The report in mBio finds that those sickened with MERS appear to have contracted the disease from dromedary camels, which are prevalent across North Africa and the Middle East and whose sole hump give it an ability to travel far without water. This is the first big study of camels in the Kingdom, which has seen the most cases—at least 147 of 180 total, leading so far to 61 of 79 deaths—and the animal’s potential link to the virus. What’s more, the study finds that camels have been host to the virus, or one very similar, for over two decades.

Researchers obtained samples (blood as well as rectal and nasal swabs) from 203 dromedary camels around Saudi Arabia last fall and used mobile laboratory equipment to test for antibodies that reacted to MERS, which would indicate prior exposure. They also analyzed archived blood samples that were drawn between 1992 and 2010 to gauge whether the virus was new or had just never been detected. The researchers found that nearly 75 percent of the newly tested camels had antibodies; some of the swabs, more so from younger camels, also showed that the MERS virus was circulating through the Saudi camel population.

“This tells the community right away that we’ve got to be very concerned about who has contact with camels in Saudi Arabia,” said Peter Daszak, president of EcoHealth Alliance, a New York-based organization that studies the animal-human health border, and a co-author of the paper. “Especially those who have come into contact with young camels.” The animals are frequently raced, traded, eaten or kept as pets, all of which raises the chance that viruses could jump from the animals to human beings.

European investigators first posited the camel’s role as at least a middleman between an unknown host and humans in a Lancet study last August, after blood tests of retired racing dromedaries in Oman and ones used for tourism in the Canary Islands found antibodies. Weeks later, another report in Eurosurveillance stoked that suspicion, since most of the dromedaries in Egypt that were sampled had similar results.

Efforts to identify the origin has largely focused on bats. Last year, some of the scientists who co-authored this study designated the Egyptian tomb bat as a possible reservoir after they matched viral RNA from a fecal pellet in Bisha, Saudi Arabia, to a sample from the first person known to contract MERS in the country. That man also owned four dromedary camels.

“I still think that bats are the reservoir—the natural, original reservoir—and somewhere along the way the virus has spilled over into camels and has begun to circulate,” said Daszak. “If we can find out more about the risk for humans from camels, we may be able to reduce the chance of spillover events, and that’s an area where we really need to get active.”

Scientists are still unclear whether other livestock are involved, how the virus is transmitted between camels, what the role is for bats and how humans aren’t just picking up the disease but also spreading it amongst themselves. The researchers stopped short of proving that camels are certain reservoirs for human transmission and insist that additional research must be done.

Daszak thinks the current state of research is largely on par with how similar threats have been treated in the past. “Most new diseases are very inefficiently studied in the early stages,” he said. Low funding and a lack of oversight, among other factors, has hindered progress against emerging diseases. “There’s no one world organization that goes into a place and sorts out an emerging disease. There are political issues. There are national boundaries at stake.” Point taken, but as the world has found out over the years, especially with SARS and H1N1 in the last decade, infectious disease knows no boundaries. 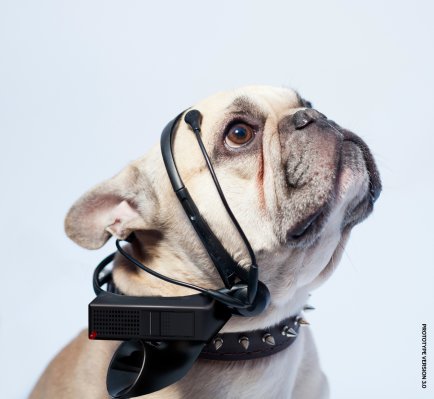 This Machine Will Translate Your Dog's Thoughts Into Words
Next Up: Editor's Pick