What Happens When You Inhale Sriracha Fumes

The debacle over fumes from a Sriracha factory in Irwindale, Calif. continues, after the city council deemed the Huy Fong Foods factory a public nuisance earlier this year, and the factory owner recently asking council members, “Why do you hate me?”

A small, but vocal group of residents living near the factory have complained that the fumes from the chiles are unbearable. For three months out of the year (starting in August) the factory grinds its chilies and the smell is causing some people to cough and report irritation while breathing.

To be clear, not everyone agrees this is as big of a nuisance as others. Last month, TIME reported, factory owner David Tran said the concerns are exaggerated and the South Coast Air Quality Management District has said most of the complaints come from a small number of homes. After inspectors visited the site, they determined the factory was not in any violation of air quality rules and the agency has not issued any citations to the company.

But putting aside the degree to which the fumes are an irritation to locals, we asked the question: What happens when you breathe in chili fumes?

The part of peppers that give people trouble are chemicals called capsaicinoids or capsaicin, which are what make peppers spicy. They are irritating to the mucus membrane as well as skin, and they’re some of the same compounds used in pepper spray. Capsaicinoids can cause similar irritation when they’re airborne.

“The fumes themselves emanating from Sriracha are not inherently dangerous,” says Dr. Robert Glatter, an emergency medicine physician at Lenox Hill Hospital in New York City. “While it may cause cause your eyes to water and your throat to burn, the fumes ‎do not pose any danger or long-term health risks. It may be possible to experience localized reactions to the fumes, but the risk of full-blown allergic reactions leading to hives or anaphylaxis from such an exposure has not been commonly reported from inhaling pepper.”

Interestingly, some research has shown that inhaling capsaicinoids activates local pain receptors in the brain and actually releases good-feeling endorphins. So does that mean the fumes might make people…high? “‎It is unclear whether breathing the fumes of Sriracha or other peppers can lead to the same euphoric feelings produced as when you inhale them,” says Dr. Glatter. Other research has found that capsaicinoids have some anti-inflammatory effects, and even some potential to play a role in energy and fat storage.

As for whether it’s as burdensome as some residents say, the jury still stands. 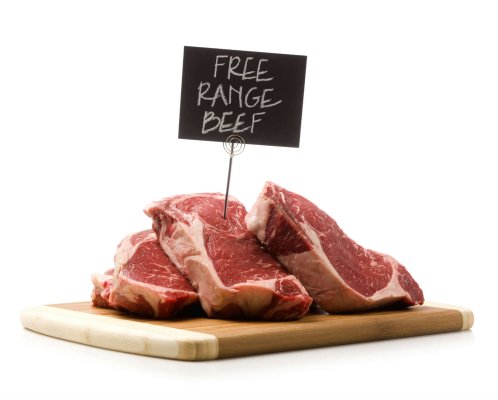 Your Meat Label May Be Lying to You
Next Up: Editor's Pick