If you’ve been in Vegas and hopped in a taxi in recent years, there’s a good chance you’ve been “long hauled.”

“Long hauling” is the scam in which taxi drivers literally and figuratively take tourists for a ride—intentionally going the long route to a destination, thereby boosting the fare. Gripes about “long haul” schemes are nothing new. Stories have circulated involving passengers paying four times more than they should for rides, and taxi drivers themselves have been known to refer to the practice of long hauling as an “epidemic.”

Speaking to Las Vegas Review-Journal in 2012, one 14-year taxi veteran described long hauling as “becoming truly epidemic,” and explained how it’s evolved and drivers have grown bolder over the years: “Originally, you saw it from the airport to the hotels, but now it’s just as prevalent going back to the airport. People are coming up with more creative ways to take people on longer rides.”

Last spring, the results of a state audit were released, indicating that nearly one in four passengers (22.5%) were taken on longer-than-necessary rides by taxi drivers. Riders were overcharged by an estimated $14.8 million as a result in 2012 alone.

The report accompanying the audit stated that the practice would obviously put a bad taste in the mouth of the average taxi passenger (a tourist), and that doing so could be disastrous for a city that so heavily relies on tourists having a good time—and returning to do so again on repeat visits. “Taxicab trips are often the first and last experience tourists have in Las Vegas,” the report stated. “Therefore, long-hauling may result in tourists having a negative experience.”

After the audit was made public, Las Vegas Sun columnist J. Patrick Coolican wrote that the influence of taxi companies prevented any serious crackdown on long hauling, and also held back other tourist-friendly initiatives in town. “Why do you think we don’t have light rail or some high-quality transit to and from the airport like so many other cities? It will never happen due to the power of the cab lobby,” he wrote. “The cabbies are just flat-out stealing, and our political system is so inept that it refuses or is unable to act.”

The authorities can’t be criticized for doing absolutely nothing about the issue, however. In 2012, Taxicab Authority enforcement officers—not members of the Las Vegas Police Department—set up checkpoints and began citing drivers engaged in long hauling, though only after an initial briefing period in which no one was penalized. Undercover officers also took rides in taxis and were long hauled with astonishing frequency, roughly one out of every three trips.

In January 2014, officials unveiled signs at the airport spelling out approximately how much passengers should pay and how long a taxi ride should take on trips to the Strip or downtown. That way, tourists should at least be aware of when a driver is trying to pull a fast one—or slow one, to be more accurate. It might also cause drivers to think twice before attempting to take advantage of tourists, who at least in theory are less clueless now.

This week, however, the Review-Journal reported that a range of policies and bureaucratic red tape, as well as conflicts of interest, result in officers rarely ever citing taxi drivers for long hauling. Anonymous investigators employed by the Nevada Taxicab Authority—the agency responsible for enforcing regulations against long hauling—complained of being undermanned and overwhelmed with an absurd amount of pointless paperwork, to the point that few had much time in the field enforcing the law. The investigators spoke anonymously out of fear of retribution, and they said that the policies and agency culture have been intentionally hindering them from doing their jobs. 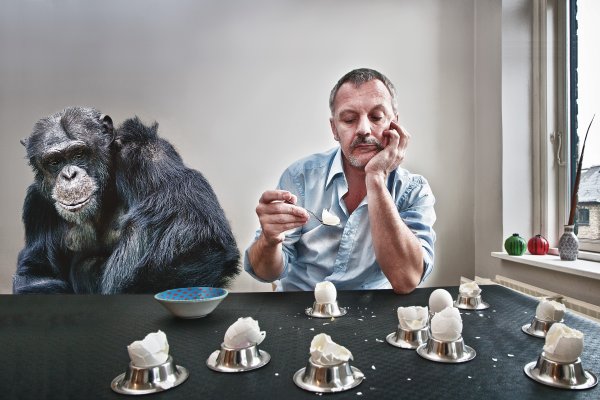