A creation by La Perla is displayed on April 13, 2013 in Milan, Italy.
Vittorio Zunino Celotto—Getty Images
By Eliana Dockterman

The high-end lingerie store La Perla has removed mannequins from its SoHo-neighborhood boutique in New York City, following complaints that the dummies were too skinny. While skinny models are the norm in most stores, customers complained that La Perla’s mannequins looked unhealthily thin.

The outcry began Monday when passersby Michael Rodoy took to Twitter to complain about the emaciated figures, whose ribs were clearly visible. Other customers reportedly complained to the store about the figures, too.

The picture began to circulate around the Internet, prompting La Perla to remove the models and issue a statement:

La Perla isn’t the first store to get flak for anorexic-looking mannequins. In 2011, customers criticized Gap for using impossibly thin mannequins in its “always skinny” jeans display. In fact, most mannequins in the U.S. are still between a svelte size 2 and a still-small size 6, and often if you peak behind the figures, you’ll find clips pulling the clothes so that they are more form-fitting. As my TIME colleague Laura Stampler has pointed out, many mannequins are six inches taller and six sizes smaller than the average woman. “Clothes look better on tall, thin, abnormal bodies,” Bloomingdale’s visual director Roya Sullivan told the Chicago Tribune.

Such thinspiration-gone-wrong incidents have inspired some stores to display more voluptuous figures to model their clothes. Swedish chain Ahlens has been using full-figured mannequins for years. British department store Debenhams began displaying size-16 mannequins last year. And a trend of mannequins with enhanced breasts and buttocks is sweeping Venezuela. Managers at these department stores have said they hope the more realistically shaped women will help customers feel comfortable in their own bodies and also get a more realistic sense of what the clothes will look like when they try them on. 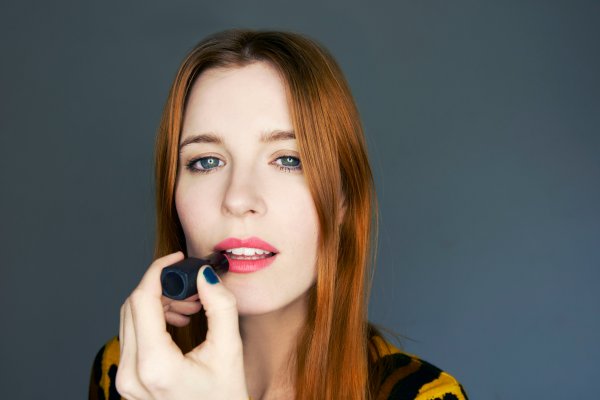 Science Shows Men Like Women With Less Makeup
Next Up: Editor's Pick