Delta Is Making a Massive Change to Its Frequent-Flier Program

There are two kinds of airline passengers: people who pay for their own tickets and people who don’t. That is to say, leisure travelers who tend to be price sensitive and fly to places like Orlando or the Caribbean on discounted fares bought 30 days in advance or business fliers who spend, oh, $1,300 on a gotta-get-there tomorrow round trip ticket between New York City and Dallas, as I did recently.

Who do you think is worth more to a carrier? Thank you. And that’s why Delta is rejiggering its frequent flier program to base its travel rewards on the amount you spend rather then the number of miles you fly. “The travel industry, including nearly all hotel and credit card programs, has already moved to a spend-based model,” said Jeff Robertson, Delta’s vice president SkyMiles, in a statement. “Delta will become the first U.S. global carrier to make this transition to better reward our most loyal customers.”

Which means, the rich will get richer. In this new model, customers can earn from 5 to 11 miles for every dollar spent, depending on how high up the frequent flier food chain you are. Passengers who are already Diamond Medallion level in Delta’s SkyMiles program get 11 miles per buck; ordinary members get 5 miles. And there’s a 2 mile per dollar kicker for passengers who charge their tickets to a Delta credit card. As a further sweetener, Delta is introducing One-Way Award tickets that start at 12,500 miles within the U.S. and Canada and will also offer cash and miles combinations.

Last year, Delta began the transition to dollars over miles when it introduced a minimum spend to qualify for its Medallion status. It was an effort, in part, to short-change the savviest frequent flier junkies who were gaming the system by loading up on mileage runs—using deeply discounted fares to Los Angeles from Miami, via Chicago, say. It was a cost efficient way to bulk up their mileage and maintain their elite status, but the airline doesn’t get much profit from it and may indeed end up handing our more free flights.

Delta is also trying to make the frequent flier currency more valuable. Over the years, carriers have cheapened frequent flier miles either by selling them directly—American had sold hundreds of millions of dollars worth of frequent flier mile by the time it entered bankruptcy in 2012—or in conjunction with credit cards, hotels and other programs. The volume of miles had also become a potential balance sheet liability.

The bulk of the mega-fliers are business people who work for corporations either directly, or as consultants, bankers and lawyers. You can see them lining up to board the jets first because their status allows it. But you can also see the annoyance on their faces as half the passengers now rush the gate with the first boarding announcement—they’re not so special, because everyone has some kind of status it seems.

Now Delta is telling passengers: you show us the money, we’ll show you better service and rewards. As Delta points out, it’s hardly the first company to segment customers by their value. Everyone from your neighborhood restaurant—where you might get a better table because you are a steady customer—to your bank discriminates based on the business you give them. And as in banking, where a bigger account can get a higher interest rate, this kind of segmentation helps the people who probably need it the least. But airlines know that the lifetime value of a customer makes rewarding the un-needy a profitable practice. 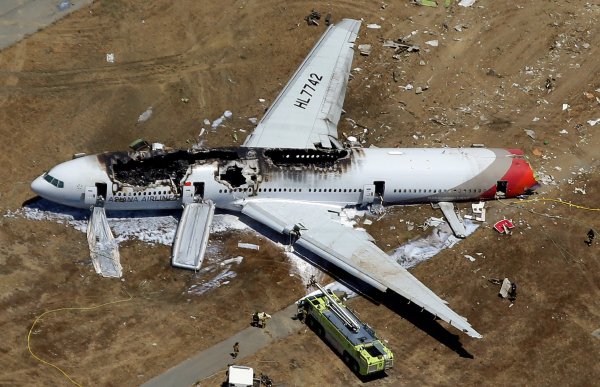