The novel’s title — La première chose qu’on regard — translates roughly as “The first thing we look at.” In this case, that first thing is that the heroine looks like Scarlett Johansson. In fact, she looks so much like the actress that, when the story’s male lead (who looks like Ryan Gosling) first meets her, he thinks he’s looking at Johansson herself.

That bit of description is causing trouble for the popular French author Grégoire Delacourt, who wrote the book, as well as his publisher. The actress has sued them for €50,000 in damages, and to stop the sale of adaptation rights of the book. According to Le Figaro, a French paper that has been tracking the story since it began months ago, the hearing was scheduled to take place today, May 14, in Paris. Her lawyer, Vincent Toledano, told Le Figaro that the book constituted fraudulent exploitation of her name and image in order to further the commercial promotion of the book.

The drama began last June, at which point Delacourt told Le Figaro that he chose to include Johansson in his novel because she worked as a stand-in for today’s archetype of female beauty, and that using her name allowed him to make a statement about the way modern romantic fantasies are affected by the pervasiveness of celebrity culture. But, he stressed, his heroine was decidedly not meant to actually be Scarlett Johansson. (Delacourt also told the newspaper that he thought the actress had probably not read the book, which has not been translated into English.)

To American readers, the case may seem an unlikely one: in the U.S., protections for authors in such a case are fairly strong, according to Lloyd Jassin, a New York lawyer who works with intellectual property, publishing and entertainment law. There are two fairly distinct areas of law that are relevant to Johansson’s claim: the right of publicity (the right to control the use of your name or image) and libel. In order to have a libel claim, the material in question has to be false and damaging, a high standard to meet for a public figure. The right of publicity, which Jassin describes as valuable but limited, applies when the person’s name is used for commercial reasons. If the publisher of La première chose qu’on regard were implying in advertisements that Johansson endorsed the book, that would be one thing; to refer to her in a way that’s related to the plot is a different matter.

In France, however, things are different; presumably Johansson wouldn’t have brought the case if she didn’t think she had a chance of winning, and such an idea is not as far-fetched as it would be in the U.S. In Europe, Jassin says, personality rights are taken “much more seriously.” As Le Figaro has noted, French courts have typically been lenient with novelists who have been sued, but some recent cases have deviated from that pattern, finding that uses of real people as characters have constituted invasions of privacy. (This case is different, as Johansson is not a character in the book, but the area of law is related.) The right to privacy is protected by the French Civil Code, and past cases in France have upheld the rights of even celebrities to protest the unauthorized use of her image. However, a Parisian court also found in 2005 that the use of a celebrity’s image to illustrate what something was talking about rather than to imply an endorsement, even when that something made money for its creators, was fine.

As for Delacourt, no matter how the case turns out, it’s already clear that his novel hasn’t been received the way he expected: in explaining why he used her name in the first place, the author also joked to Le Figaro that he thought the actress’ reaction to the book would be to send him flowers. 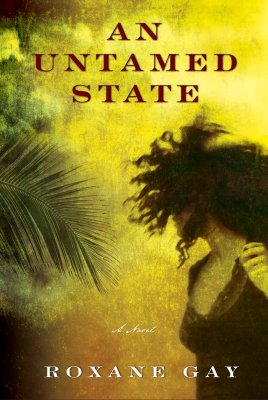