Netflix’s share of the streaming video pie keeps rising, as the service now accounts for more than 34 percent of peak wired download traffic in North America.

That’s up from 31.6 percent in the second half of 2013, according to research firm Sandvine. No other web application comes close; YouTube was the nearest contender with 13.19 percent of downstream traffic. That bodes well for Netflix as the company prepares a price hike for new subscribers.

Netflix’s video dominance only applies to wired Internet — YouTube is in the lead on North American mobile networks with 17.26 percent of traffic there, while Netflix’s 4.55% puts it in eighth place. That makes sense, as you’re probably not going to throw on an episode of House of Cards while you’re in line for a sandwich.

Netflix’s growth parallels a general rise in data use among cord cutters, who have ditched expensive pay-TV packages for Internet-based video. U.S. cord cutters who say streaming is their primary form of entertainment are consuming about 212GB of data per month, seven times more than the average Internet user. Cord cutters are streaming 100 hours of video a month on average, taking up 53.9 percent of total traffic.

These figures could be frightening for TV networks and providers, who are responding by offering their own Internet video packages, some of which may be cheaper than the bloated cable and satellite deals available now. And either way, there’s a silver lining for these industries: File-sharing, which is typically associated with video and music piracy, has fallen to 8.3 percent of traffic, down from 31 percent six years ago. 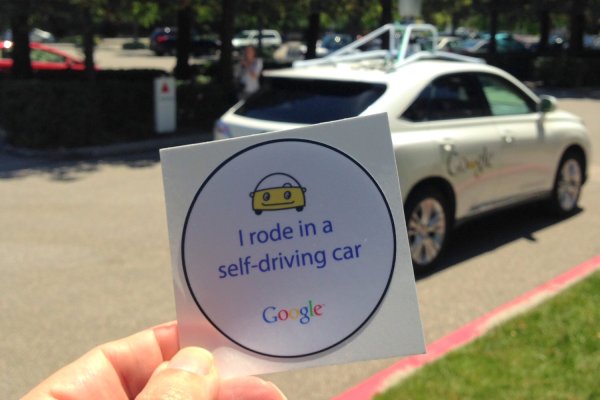 What It Really Feels Like to Ride in a Self-Driving Car
Next Up: Editor's Pick