Beyoncé Just Went on an Instagram Spree With Photos of Solange

Who needs high-powered publicists when you’re one of the most influential woman in the world? On Wednesday morning Beyoncé employed her usual public relations strategy — subtly settling rumors on social media — when she uploaded four happy photos of her and younger sister Solange, who was recently seen allegedly punching and kicking Jay Z in leaked security footage from a hotel’s Met Gala after-party. All is well with the Knowles sisters, the photos seem to say — nothing to see here. Move along.

Except, of course, Beyoncé clearly does want you to see the photos and analyze their deeper meanings. The singer notoriously exercises tight control over her usually spotless (***flawless?) public image (hello, Beyoncé archive!), so she prefers to squash rumors without actually acknowledging that said rumors even exist in the first place. But when Beyoncé uploads not one, but four photos — after Solange did some minor Instagram purging of her own — the Beygenda couldn’t be more obvious.

UPDATE: Beyoncé also posted an Instagram of her and Rihanna, whose working relationship with Jay Z has long fueled cheating rumors — and whose own after-party may have sparked the fight. 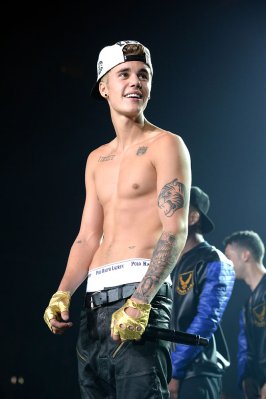 Bieber Stands Accused of Attempted Robbery
Next Up: Editor's Pick