Stealthy Freedoms of Iranian Women
By Per Liljas

Thousands of Iranian women are uploading images of themselves without a hijab to the Internet, sparking a debate on the country’s 35-year-old law that requires them to wear the head covering.

They are sending their pictures to a Facebook page called Stealthy Freedoms of Iranian Women. The page was created by London-based Iranian journalist Masih Alinejad on May 3, and had notched up over 170,000 Likes by May 14.

“Every single minute I receive emails and Facebook messages, bombarding me with images,” Alinejad tells TIME.

The anonymous photos vary in their degree of defiance, some of them depicting uncovered women next to their husbands or mothers, others standing next to the Grand Ayatullah’s office or in the middle of a packed subway car.

However, Alinejad, whose mother wears a hijab, says she has no intention of encouraging defiance.

“I’m not asking people to take off their scarves,” she says. “But you never see these ordinary, smiling women, full of color in the Iranian papers. I’m not fighting the hijab, I’m fighting censorship.”

The debate over the hijab tends to erupt every summer, when temperatures reaching 40°C cause women to challenge the limits on how far back on the head they are allowed to wear their hijabs. Normally, Iran’s morality police keep the streets clear of what is considered indecent behavior, but what’s on the Internet is proving harder to purge.

The semiofficial Fars News Agency has denounced the page and accused Alinejad of working with Iran’s enemies, according to the Wall Street Journal.

Alinejad is meanwhile worried about Facebook pages with similar names to hers that have cropped up over the past few days.

“I verify every single image, and post them anonymously,” she says. “I don’t know who runs these other pages, maybe it’s the government, maybe it’s someone who wants to abuse the pictures. It could be dangerous for the women. I worry that they may be sending their images in the wrong direction.”

The Fars News Agency continues to claim that Stealthy Freedoms of Iranian Women promotes promiscuity, but the multitude of images of women enjoying the simple comfort of being bareheaded, and the messages that accompany the pictures, say otherwise.

“It is painful that I shall not be free so that you will not sin,” writes one woman. “That I have to be covered so that your weak faith does not break!” 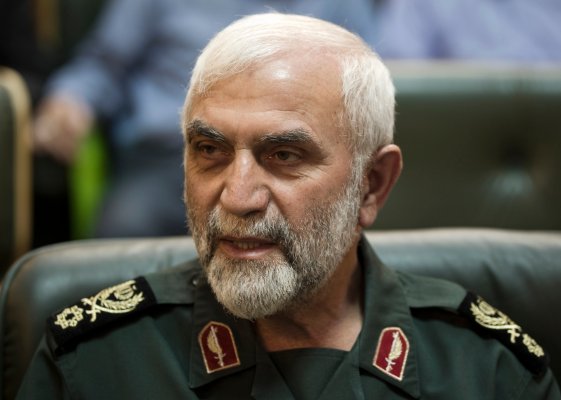 Iranian Commander: Revolutionary Guard in Syria
Next Up: Editor's Pick