Amber Beierle, left, and Rachael Robertson, photographed on Nov. 8, 2013, are one of the four couples who challenged Idaho's ban on same-sex marriages
Joe Jaszewski—AP
By Michelle Arrouas

The ruling was made in response to a challenge to the ban made by four same-sex couples in a lawsuit late last year.

The governor of Idaho, C.L. “Butch” Otter, said that he would appeal the case all the way to the Supreme Court.

“In 2006, the people of Idaho exercised their fundamental right, reaffirming that marriage is the union of a man and a woman,” he stated, according to AP.

“Today’s decision, while disappointing, is a small setback in a long-term battle that will end at the U.S. Supreme Court. I am firmly committed to upholding the will of the people and defending our Constitution.” 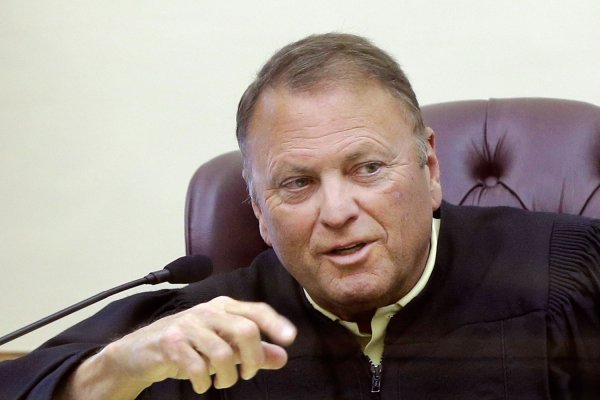 Judge to Arkansas: Let Gays Wed
Next Up: Editor's Pick