President Barack Obama will use a speech at New York’s Tappan Zee Bridge on Wednesday to highlight his Administration’s efforts to cut red tape in an effort to speed up federal infrastructure projects, while calling on Congress to act swiftly to pass a new transportation-spending bill.

According to a White House official, Obama will announce proposals to streamline the sometimes jumbled review process for major infrastructure development. Under the Administration plan, federal agency reviews of new projects would be conducted simultaneously as opposed to sequentially, saving much time, while a lead agency would be selected for each project to manage the overall review process.

“The new, government-wide plan will build on efforts the Administration has taken over the past three years to cut through red tape and expedite permitting decisions, while protecting our communities and the environment,” the official said. Obama’s focus on streamlining bureaucracy comes after repeated delays of his Administration’s review of the controversial Keystone XL pipeline, with a decision now unlikely before November’s midterm elections.

Obama will also highlight the need for Congress to pass a new transportation bill this summer, or jeopardize “112,000 ongoing highway and 5,600 transit projects, as well as nearly 700,000 jobs.”

A bill to fund federal transportation projects is working its way through the Senate, though Transportation Secretary Anthony Foxx told reporters Monday that it does not provide enough funding. Obama has proposed a $302 billion funding bill. According to the White House official, Obama will blast House Republicans for cuts to transportation spending in their own proposals, which include an 83% cut to a grant program created by the 2009 stimulus bill, and limits on new bus-and-rail funding. 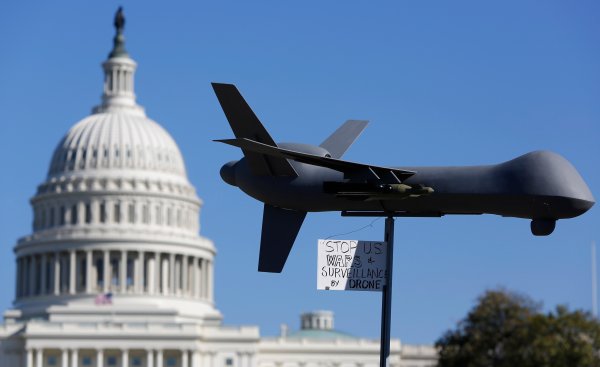 Inside the Obama Administration's Fight Over the Drone Memo
Next Up: Editor's Pick