A couple in Northern California has literally struck gold, finding $10 million in rare gold coins buried on their property.

The discovery, thought to be the largest of its kind in U.S. history, was made a year ago while the husband and wife (who wish to remain anonymous) were out walking their dog. Spotting something shiny on the ground, they started digging, and eventually unearthed eight metal cans containing more than 1,400 late-19th century coins in $5, $10 and $20 denominations.

“Somebody could have buried them and then died before they let anybody know where they were,” said David Hall, co-founder of Professional Coin Grading Service, which authenticated the find. “It could have been some kind of robbery deal, who knows?”

About 90 percent of the treasure will be sold on Amazon’s Collectibles site, said rare coin expert Don Kagin, who is assisting the couple. Collectors can get a sneak peak at some of the mint-condition coins at the American Numismatic Association’s 2014 National Money Show in Atlanta, opening on Thursday. 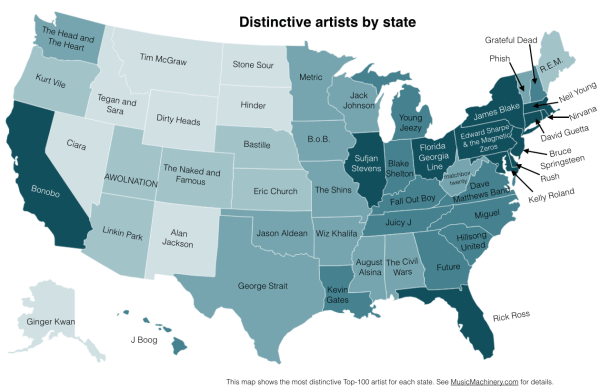 Every State's Favorite Band Gets Mapped
Next Up: Editor's Pick