Review: The Americans Returns for Season 2

It’s the case with many great TV dramas that there’s what the show is about, and then there’s what the show is about. The Americans, returning on FX Wednesday night, is about two Soviet spies (Keri Russell and Matthew Rhys) recruited to marry and live as Elizabeth and Philip Jennings in suburban Virginia, where by the early 1980s they have a thriving travel agency and two children. While carrying out espionage missions and trying to preserve their cover, they also try to elude the suspicion of their friend, neighbor, and FBI agent Stan Beeman (Noah Emmerich) — who is, himself, in an affair with a double agent from the Russian consulate. Also, there’s a second marriage, and plenty of wigs.

And The Americans is also about a working couple trying to balance their professional partnership with a rather complicated relationship. It’s about the poignance of living in exile and raising (and protecting) children who to some extent will always be strangers from you. It’s about the conflict of being loyal to an ideal (even a doomed one like Soviet communism) even as you’re badly used by the people working in the name of that ideal. It’s about committing to little lies and big lies over the course of years, and realizing that those lies have now added up to an actual life. It’s about making choices with consequences not just for you but your family and realizing the repercussions, possibly too late.

It’s not that that second What It’s About — the emotional heart of The Americans — is better, more noble than the first. But it’s the difference between an exciting thriller premise that flames out fast and a story with lasting power — which season two of The Americans, of which I’ve seen the first five episodes, demonstrates better than ever.

The first season of The Americans was a revelation last spring, but like a lot of audacious new shows, it felt in a rush to up the stakes, to put Elizabeth and Philip at risk of exposure, always one scant step ahead of Stan. (The related risk is that the longer that hunt goes on, the more incompetent and thus less formidable Stan would seem.) The second season, however, finds a way to build tension (a season-long arc involving an apparent betrayal) that maintains the show’s intensity without turning it into an endless, implausible cat-and-mouse game.

And this allows The Americans to slow-burn on its nuclear core of emotion, as the Jenningses try to make a sham-turned-real marriage work (in a job that involves frequent in-character infidelities), and find themselves increasingly worried about losing their American-born kids — physically or emotionally.

The most dangerous weapon in The Americans is intimacy: it’s a powerful tool for gaining access to information, and a deadly vulnerability that leaves you exposed through the loved ones around you. Netflix’s House of Cards plays with this to an extent: there’s a repeated theme of trying to hurt people though the people (or pets) that they love. But it never lands quite as hard there, because there are few people in its icy world who love completely and convincingly.

The Americans sells it, and how. It doesn’t pretend that its protagonists are good guys, but their feelings are genuine and their motives are causes greater than themselves. Philip and Elizabeth don’t operate the same way — he’s more melancholic, she more fiery and fervent. But each in their way wrestles with what they’ve done for the cause.

There’s a fantastic scene in the second new episode in which Philip beats himself up over a possibly reckless decision he made to complete a mission. “You didn’t have a choice,” Elizabeth tells him, in a way that suggests that’s been a go-to line of comfort for them before. “Yeah,” he says. “I did.” Facing that idea — that they’re not simply the tools of the international revolution, but individuals with agency and responsibility — sounds like the scariest thing the Jenningses have faced yet. 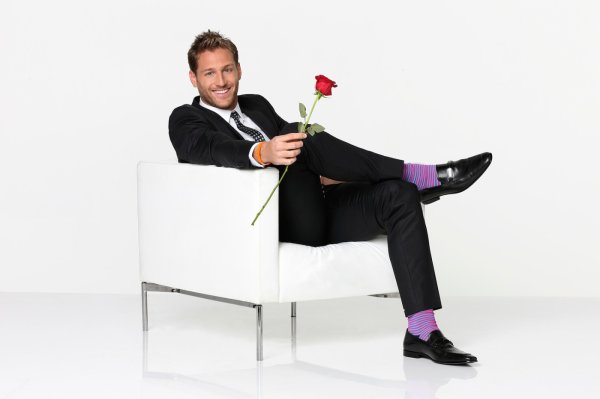 The Bachelor Watch: Juan Pablo Gets Dumped (Again!)
Next Up: Editor's Pick