A Beginner's Guide to Solange's Music

By now you may be aware that Solange, Beyoncé’s younger sister, is in the news for allegedly getting into a fight with Jay Z on an elevator after the Met Gala. Probably inevitably, considering the number of stars and star-orbiters involved, the altercation spawned a lot of Internet jokes – there’s about a 50% chance none of them will be remotely funny when the full story inevitably comes out, so caveat meme-ptor – and a lot of explaining by the media of who exactly Solange is, some of it rather silly.

So here’s who Solange really is: an R&B artist, director and tastemaker (with label Saint Records), who’s made music for about a decade that varies from hooky to restrained to wildly creative and to – for lack of a better word – “indie.” She’s rubbed off on her sister, too; Solange has both directly written for Beyonce – B’Day’s “Get Me Bodied” and “Upgrade U” were both her co-writes – and influenced her in subtle ways, like introducing Chairlift’s Caroline Polachek to the Beyoncé songwriters’ circle.

In other words, there’s a lot in her career to catch up on, so we’ve put together a quick introductory course: the big singles, as well as a couple of the best album tracks.

(A quick note on song selection: A decade is a lot of music to cover, so we’ve limited this to solo tracks – no covers, which rules out her much-praised version of Dirty Projectors’ “Stillness is the Move,” and no collaborations, which rules out… a lot.)

For a lot of people, this is Solange’s best-known track. The critically beloved lead single from 2012’s fantastic EP True, “Losing You” begins as a splashy street-party affair like Solange’s previous album Sol-Angel and the Hadley St. Dreams – more on that later – but quickly settles into a more melancholy groove. Over brooding synth pads, Solange handles producer Dev Hynes’ hymnlike melody like she’s turning and turning over the memories of a snuffed-out relationship: “Tell me the truth, boy, am I losing you for good?” The track doesn’t mope; it just doesn’t know what to think. Which means it can go on forever.

Unlike True, Sol-Angel and the Hadley St. Dreams (2008) was a full album, both in terms of runlength and in terms of being a big statement: Solange’s first album in five years, and a musically omnivorous offering of bandleader Motown and dazzling pop that sounds flung into the future and past at once. R&B isn’t always too kind to these sorts of statements – for every Janelle Monae who’s celebrated for this kind of musical creativity, there’s an Amerie (and dozens more, actually) who slips mostly into obscurity – and it’s a testament to Solange’s connections and skill that it received the lasting praise it deserved.

Sol-Angel produced a few singles, but “Sandcastle Disco” – a minor hit in the UK – is among the most immediately catchy. Written with a pre-overexposure Cee-Lo Green and hyperprolific (if these days mostly, sadly, forgotten) R&B production duo Soulshock & Karmin, it’s a sunny, shuffling cut that wears its vulnerability like sandals soon to be tossed off.

A few more notes: The video for “Sandcastle Disco” is Solange’s directorial debut, and the clip’s poppy and splashy (and slyly self-aware – there’s a takeoff of Andy Warhol’s soup cans that shouldn’t be spoiled if you haven’t seen it.) “Sandcastle Disco” is also one of those tracks that sounds even better remixed. There are several mixes (most can be streamed), and in with the usual get-in-dance-get-out club remix fare are two standouts. King Britt’s house-piano reduction is ahead of its time (specifically, the house revival of the past two years), but I’m partial to Gomi’s mix, a wind of sounds against which Solange’s melody sounds as fragile as claimed.

“Would’ve Been the One”

If “Sandcastle Disco” is a bit self-conscious, a glitter-snowglobe version of its Motown source material, “Would’ve Been the One” is closer to the real thing: a piano-led sparkler, Solange belting and cooing the melody as flashily as possible. It’s one of the best showcases of Solange not just as a trendsetter or curator of sounds, but a singer, a song interpreter and a versatile one at that. The fact that it sounds timeless is just a bonus.

Solange’s debut, Solo Star, often gets overlooked, probably because it’s not trying to be an ambitious art piece with track titles like “Cosmic Journey” featuring Motown touches like historical nods, but a commercial R&B album, at least theoretically intended to move units. That didn’t quite happen, but it may just be a matter of luck, because Solo Star is a commercial album released in a year – 2003 – when commercial R&B was really, really good. (Solange has defended this point repeatedly in interviews, calling out people who pontificate about new R&B without even being familiar with the old stuff.) The stutter hook and skipping beat, by producer Rockwilder, are products of a radio landscape the Neptunes helped shape – and the fact that lead Neptune Pharrell’s producing everything again should clue you in to how good that was – and the radical optimism of Solange’s lyric is a nod to what she’d come up with next.

True has yet to get a follow-up album, probably due to Dev Hynes’ feud with Solange. Even the subsequent singles didn’t quite connect – but it wasn’t for their quality. It’s just that True is a restrained, introverted kind of album, that works best as a whole, a sustained mood. “Bad Girls” is the moodiest of all, Solange taking a slow jam from Hynes’ project Blood Orange and flipping the lyric into a sort of answer song. (It’s best if you listen to the two tracks in tandem.)

Oh, and the Verdine in the title? Bassist Verdine White of Earth, Wind & Fire. The past year or so have seen lots of artists re-recruiting the great disco, funk and session musicians of the ‘70s – chiefly among them Chic’s Nile Rodgers – but true to True’s form, Solange is restrained about it. Part of that’s because she can be – it’s a lot easier to get Verdine White on your song when your last name is Knowles – but even so, it’s a statement, Solange claiming musical stature like it’s no big deal. By this point, she’s earned it. 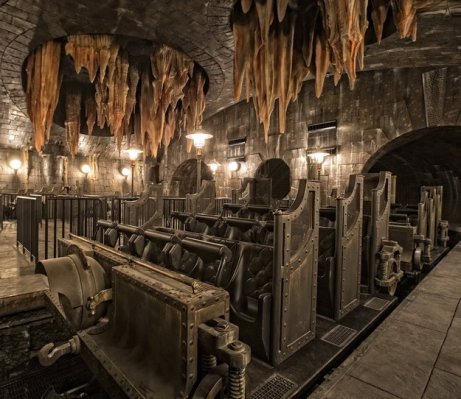