This Is the Easiest City in America for Saving Money

We knew it was bad. But this bad? The typical American is saving nothing, a new analysis of government data shows. Perhaps most unsettling: this zero savings rate seems largely a spending problem—not one of too little income or unexpected hardship.

The U.S. savings rate has been in decline since the 1970s. Official readings from the Commerce Department put the current rate at 3.8%, down from more than 10% some 30 years ago—a lofty savings level that had held for decades. The downward spiral gathered momentum in the 1980s interrupted by just one significant reversal, which occurred during the Great Recession. It’s now clear that the recession-induced spike in savings was temporary.

Unofficially, things appear even worse for a nation battling an intractable retirement savings crisis. Looking at median savings—half save more, have save less—financial site Interest.com found that the typical American is saving zilch. In essence, half of America is spending more than it earns.

The higher official savings rate, which is an average, owes to the outsized savings of the wealthy. The median savings rate more closely approximates most Americans’ experience, and this finding could throw fuel on the roaring debate over rising income inequality recently furthered by Thomas Piketty, among others. After all, half of America isn’t saving a dime.

Yet researchers say the zero savings rate is at heart a discipline problem, not one of inability. Looking at data from the Bureau of Labor Statistics, Interest.com found that median household income exceeds the median monthly cost of running a household by $668. That amount is available for savings but is being lost to spending on all manner of goods and services beyond what is required to live a median lifestyle.

“The results suggest that many households are allowing expenses to grow, whether by moving to a bigger house or buying a more luxurious car, until their bills consume every dollar of disposable income,” Mike Sante, Interest.com managing editor, said in an email. “That’s actually encouraging. It means they aren’t caught in an unwinnable rat race, the powerless victims of economic forces beyond their control.”

The question is: can the median U.S. family, which is now saving nothing, find the resolve to live a median family lifestyle and bank the surplus? It would be easier in some places than in others. The research looked at 18 cities and suggests that the easiest city in which to save is Baltimore, where after-tax median income exceeds median household expenses (including discretionary spending on things like vacations and cars) by $2,021 a month. The toughest city in which to save: Phoenix, where income falls short of household expenses by $95 a month. 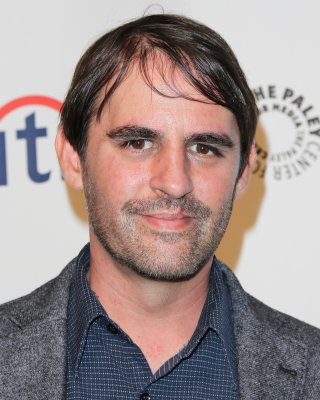 Bye-Bye, J.J.: Trek Gets New Director
Next Up: Editor's Pick