Logitech is onto something with the Case+, a modular iPhone case with a set of magnetic attachments.

The magnetic backing on the Case+ allows for three separate attachments, all of which are included in the $199 package. There’s a folding kickstand that doubles as an earbud wrap, a battery case with 2300 mAh of power and a minimalist wallet with two slots for cards and cash. The Case+ also includes a magnetic car mount, so you can place the phone on your dashboard with no clamps or connectors.

On their own, the attachments work as expected. The kickstand and the wallet make a strong magnetic connection with the main case, and you can even stack these two attachments on top of one another. The battery case doesn’t attach with magnets, but instead clasps around the main case, with a plastic arm on top and a U-shaped Lightning plug on the bottom. The car mount attaches to car windshields with a suction cup, and includes an extra plastic suctioning surface for sticking onto a dashboard.

It’s only when you try to use these attachments in conjunction with one another that the cracks in Logitech’s system start to show.

For instance, I liked the idea of carrying the kickstand and wallet together, at least in theory. When going to lunch, I carried them both as a single unit, paid for my food, stuck the wallet piece in my pocket and used the kickstand to prop up my phone while eating.

It was fun the first time, but having to swap back and forth quickly became tiresome. And because the wallet doesn’t have any outward-facing magnets, you can’t keep it attached while using the car mount. While being able to slim down from a traditional wallet seemed appealing, juggling Logitech’s wallet as a modular accessory was more trouble than it was worth. It’s the weakest link in the package, not just from a practical standpoint, but from an aesthetic one; if you’re don’t care for the wallet’s woven grey fabric design, you’re simply out of luck.

The battery case’s lack of magnets is also an issue, as it prevents you from using the kickstand or wallet in tandem. And if you want to use the battery case with the car mount, you must attach another small magnetic plate, which sticks to the case with adhesive. It’s an inelegant solution, and only underscores how Logitech should have made the battery case play nice with the other attachments from the start.

All gripes aside, I love the underlying concept of Case+, and this is coming from someone who usually loathes smartphone cases. I’ve never accidentally caused major damage to a phone, so the extra protection has never been necessary for me. A case that allows me to use the phone in new ways would be much more valuable.

In addition to improving the existing pieces, there’s clearly room for Logitech to expand the Case+ line with more attachments. This could be the start of a new accessory platform, where you choose the handful of tools that you find the most useful. (Keyboard cases, camera lenses and beefier speakers come to mind.)

But right now, Case+ seems more like a proof of concept than an actual product, and $200 is a lot to ask for a case system that doesn’t work as well as it could. If Logitech were to flesh out the line and let users choose from a wider range of attachments, Case+ could be more than just a great idea. It’d be a killer product that even case haters like myself might consider. 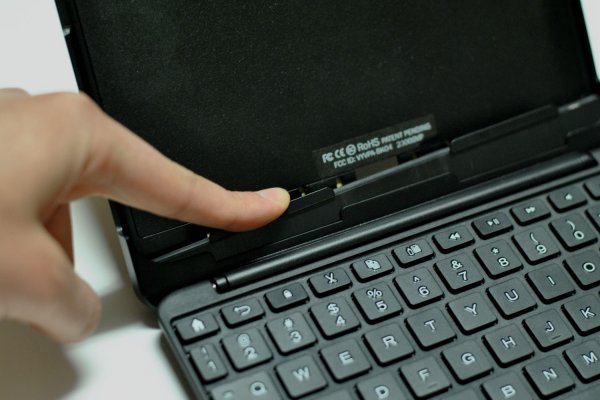 Review: Zagg Auto-Fit Is a Clever Fix for Android's Tablet Keyboard Problem
Next Up: Editor's Pick