Facebook seems to be once again setting its sights on the People’s Republic. The social network is reportedly planning to open a sales office in China within the next year, according to Bloomberg. Facebook, like many American Internet companies, has been banned in mainland China for several years, but the company has expressed interest in regaining a foothold in the market.

Facebook already has an office in Hong Kong, where it works with companies in China to advertise their wares and services outside of the country. “Because of the rapid growth these businesses are achieving by using Facebook, we are of course exploring ways that we can provide even more support locally and may consider having a sales office in China in the future,” a Facebook spokesperson said in an email.

China is a tempting target that’s been very difficult for Silicon Valley to hit. Strict censorship laws in the country clash with the free speech policies that many tech companies espouse. About 13 percent of all social media posts in China are censored, according to one Harvard University study, and social networks are expected to self-police their users to ensure they are not violating Chinese law. Google, Facebook and Twitter are all blocked in the country, but LinkedIn recently reached a deal to launch a Chinese version of its site and abide by the country’s censorship policies.

The upshot for Facebook, should it choose to enter China, is huge. Asia is already the social network’s largest market, with 390 million monthly active users at the end of March. However, Facebook generated just $0.93 in revenue per user in Asia during the first quarter of 2014, compared to $5.85 per user in the U.S. and Canada and $2.44 per user in Europe. An office in Beijing could help the company better monetize its quickly growing user base across the Pacific. 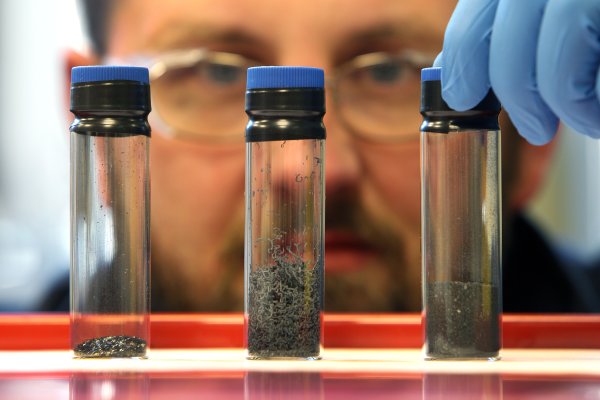 Here's the Totally Amazing Wonder Material That Could Revolutionize Technology
Next Up: Editor's Pick