Watch: How Brazil Is Beefing Up Security Ahead of The World Cup

With just one month to go before the FIFA World Cup begins in Brazil, recent violence in Rio de Janeiro and frequent protests throughout the country have raised serious security concerns for the soccer tournament.

Crime statistics released this week for the city of Rio show that street muggings increased 44 percent in the first four months of this year, as a local newspaper reports that police plan to distribute a brochure to soccer fans that includes tips on how to avoid being robbed. The recent crimewave has prompted state police to put an extra 2,000 police on the streets Monday, far sooner than they were expected to patrol the streets for World Cup duty.

But there have been significant efforts to make the country safe for the quadrennial soccer tournament. In Rio, a state-of-the-art command center is expected to handle emergency response management. Around 170,000 officers will be on hand to ensure security in the 12 host cities. And President Dilma Rousseff said earlier this year that she was prepared to deploy the military if needed.

Watch the video above for more on the security challenges that the South American country is facing. 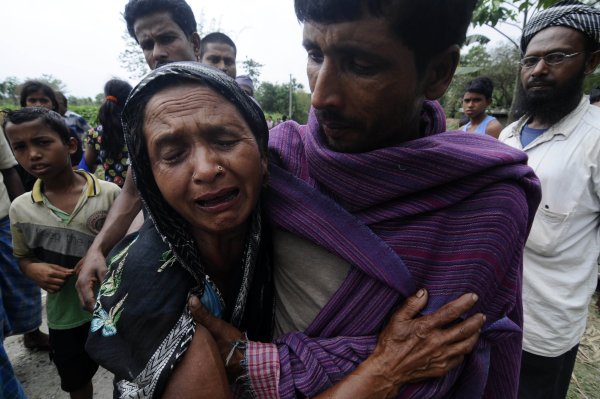 India's Election-Fueled Death Toll Climbs to 43
Next Up: Editor's Pick