Prescription drug abuse is rampant, and for a third of Americans, the first drug of any kind that they take—including illicit drugs—is an Rx that has not been prescribed to them. That’s not surprising when you consider how many students abuse ADHD drugs for performance. But new research shows that recreational use of smart drugs comes at a cost.

Researchers from the University of Delaware and Drexel University College of Medicine reviewed the latest research on the effects of medications like Ritalin and Proviigil on the juvenile brain and discovered smart drug use is certainly not benign. The new research published in the journal Frontiers in Systems Neuroscience shows that while a drug like Ritalin may offer a boost in mental performance, it’s a short-term crutch that can actually adversely impact the brain’s plasticity, interfering with people’s ability to plan ahead, switch between tasks and be overall flexible in their behaviors.

For instance, the researchers looked at one of the most popular smart drugs on the market: Methylphenidate (otherwise known as Ritalin and Concerta). The drug is meant to treat ADHD, and about 1.3 million U.S. teens have reportedly used the drug without a prescription in the last month. Rat studies have shown that young brains are very sensitive to methylphenidate and that even low doses can harm nerve activity in the brain as well as memory and complex learning abilities. For a drug that’s supposed to offer better mental performance, the long term effects appear to do the opposite.

The study also took a look at the drug modafinil, also known as Proviigil which is used for sleep disorders like narcolepsy. The drug can help boost memory and is abused for various mental tasks, especially tasks related to numbers. But once again, the drug has very similar long-term effects on the young brain.

Finally, the researchers looked at a lesser-used class of drugs called ampakines, which are being studied by the military to increase alertness. They are known to improve memory and cognition, but for young people, unsupervised use can result in an overstimulated nervous system which could actually kill nerve cells.

“The desire for development of cognitive enhancing substances is unlikely to diminish with time; it may represent the next stage in evolution—man’s desire for self-improvement driving artificial enhancement of innate abilities,” the authors write.

And there’s no arguing with that. Other recent research looking at the use of smart drugs among Ivy League students found that many use ADHD drugs for academic performance, and they don’t think it constitutes as cheating. The study found that a third of the students in the study said using ADHD drugs for performance enhancement did not count as cheating, 41% said it was cheating, and 25% said they were not sure. People who used ADHD meds were also more likely to think it was a commonplace on campus.

The use of ADHD and other smart drugs has long been an ethical issue, and a growing one at that. Increasingly more people are being diagnosed with ADHD, even adults. The amount of adults taking ADHD drugs rose by over 50% between 2008 and 2012, according to a recent report. But now, emerging research shows the issue is also a biological one, and the early findings are not pretty.

The researchers of the latest study conclude that scientists and the medical community have a responsibility to very carefully evaluate and research each no drug to gain a greater understanding of drugs’ impact on the brain. 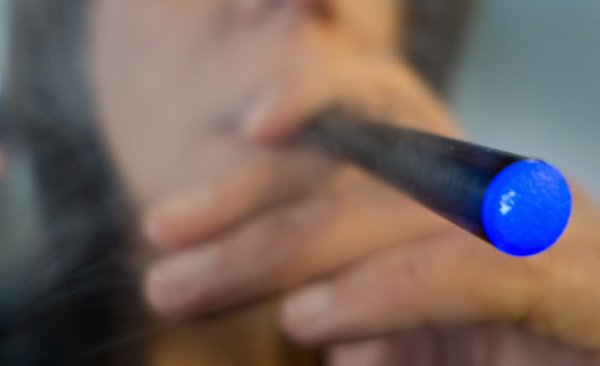 The Weird Link Between E-Cigarettes and Mental Health Disorders
Next Up: Editor's Pick